Balls to the wall, pedal to the metal, full throttle, goin' whole hog… however you'd like to slice this beast, our final cover of Volume 16 is just that - an all-in, no holds barred mammoth of a ridge ride to FS grab from one of snowboarding's foremost speed freaks, Manuel Diaz. In the words of cover shooter, Oli Gagnon: "This was right at the end of my last morning session. J Rob, Lucas Debari and Manuel Diaz did a few lines on the face next to this and the clouds were rolling in super fast, but we talked the pilot into doing one more quick bump to hit this super rad spine triangle. Manuel sent a frontside grab just before it sucked in and everything turned black. Then I went home!" 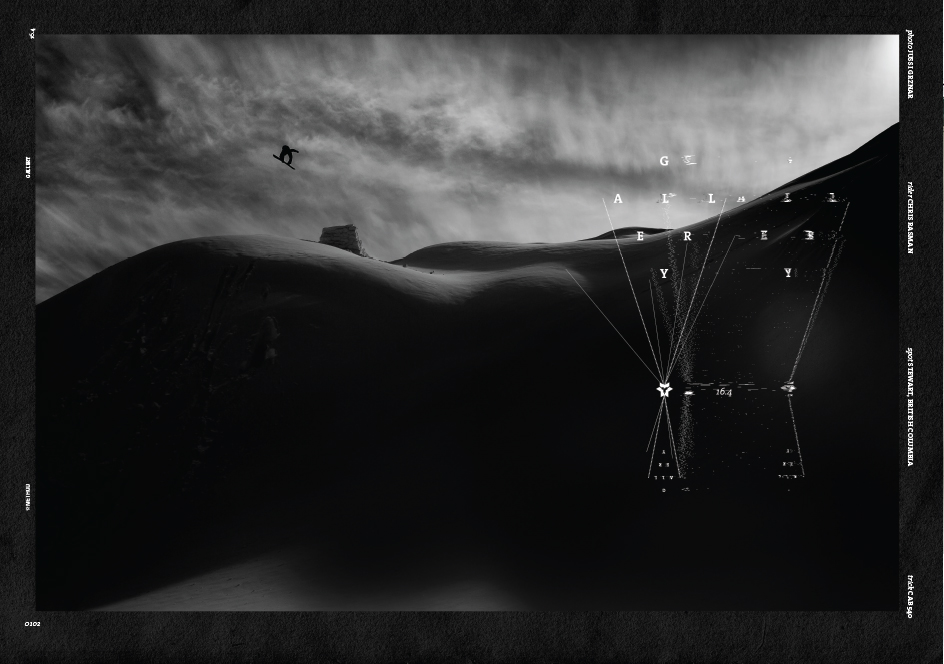 Issue 16.4 may be the most stacked of Volume 16, particularly in the features department. We hit the road running with an uninhibited interview of multi-national madman and Method Movie recruit Ethan Morgan, discussing post-surgery erections, shredding in sweatpants and his approach to the upcoming Method film, among other things. We double down on the interviews for this issue, tossing in a forward-looking chat with two godfathers of Swiss snowboarding - The Dope Bros - Nico Müller and Fredi Kalbermatten. 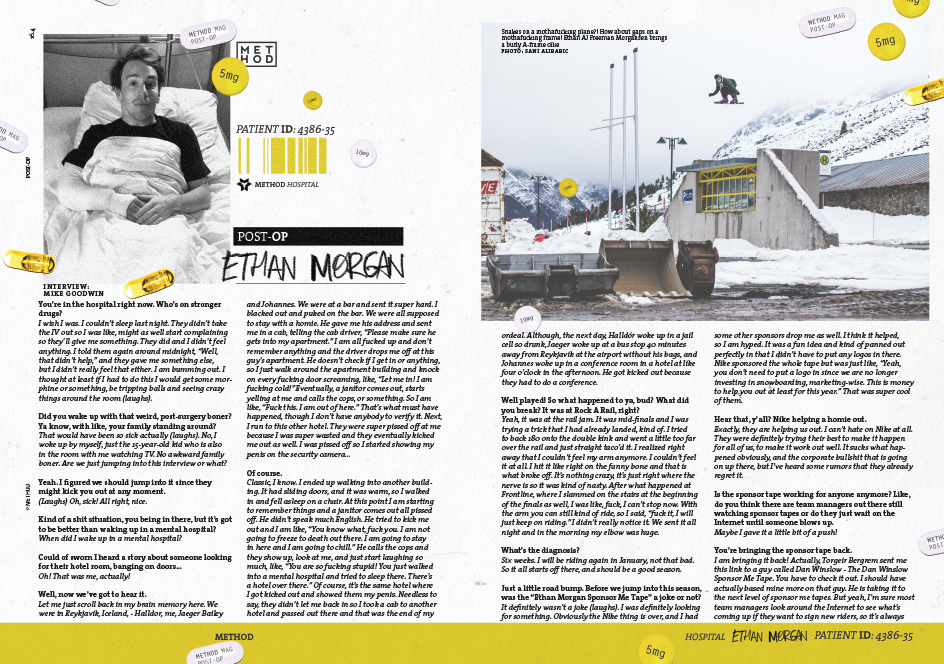 Furthermore, we take a 'Yeesh Moment 'inventory in Japan with Airblaster, give the 686 Team a $686 personal budget and collect the grocery lists and craft a DIY park guide with East Coast Macgyvers - The Yawgoons - before rolling the dice with Brendan Gerard, Jonas Michilot, Will Bateman and lensman Ben Birk in the illustrious "Empty Suitcase". With no car, hotel or any other accommodations lined up - bringing no possessions or gear save what fits in their backpacks - and a $40 a day budget (total), the foursome hit the streets of Boston during one of the city's biggest snowstorms on record to see just what they could turn out. Seeking an extra twist, the boys imposed a final rule - no staying with anyone they knew, or using Facebook or Instagram to solicit a place to spend the nights. Tinder, however, remained fair game. Cheers to these guys for seeking the strange, and in turn, enjoying one hell of a snowboard adventure! 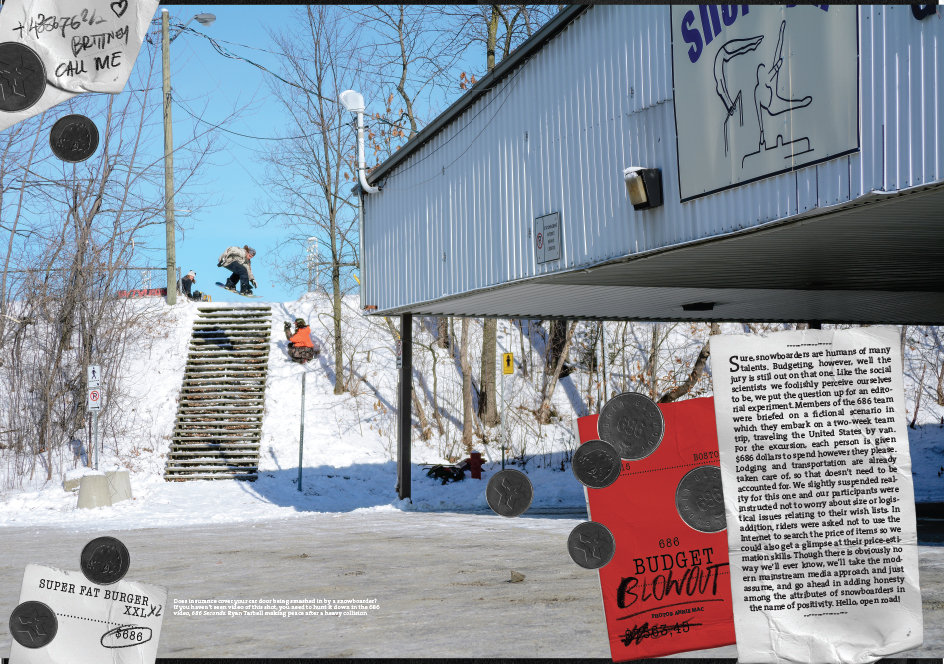 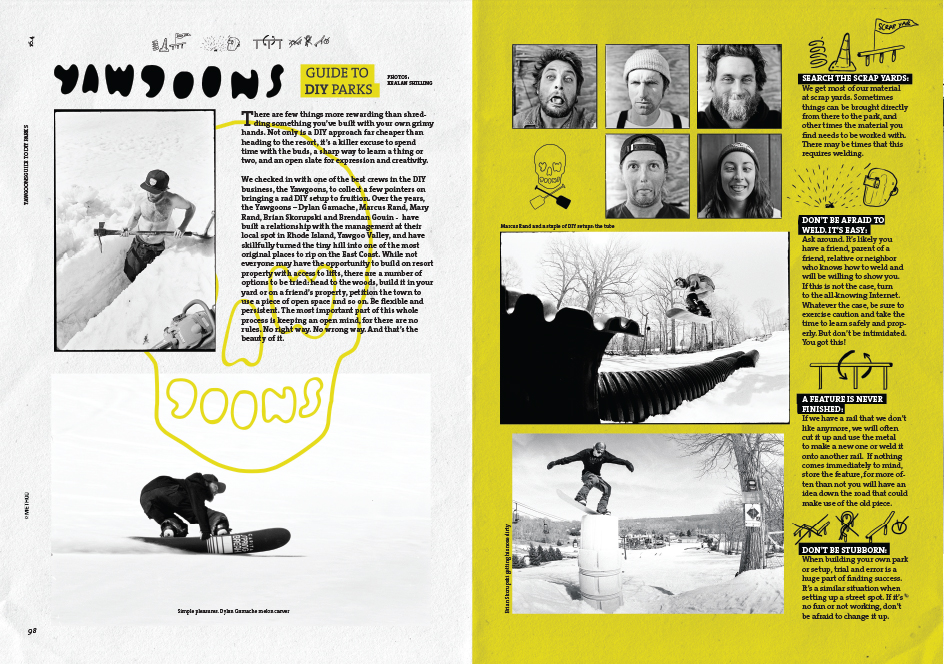 The Watson to our feature-Holmes - the columns of 16.4 - showcase the likes of Arthur Longo, Parker Duke, Yusaku Horii, Nightmare, The Impaler, SRD, Jason Robinson, Matt Georges, Michi Albin, Lucas Magoon and a host of others in the classic departments. We've got an unorthodox "Radar", a pair of "Rorschachs" with Tor Lundstrom and Tommy Gesme, and an all-analog Kealan Shilling "My Portfolio."  And you've got to get those mitts on this magazine! As always, available for free in the finest shops in Europe and in North America. Hope you've all been out getting some! We will see you on the other side. 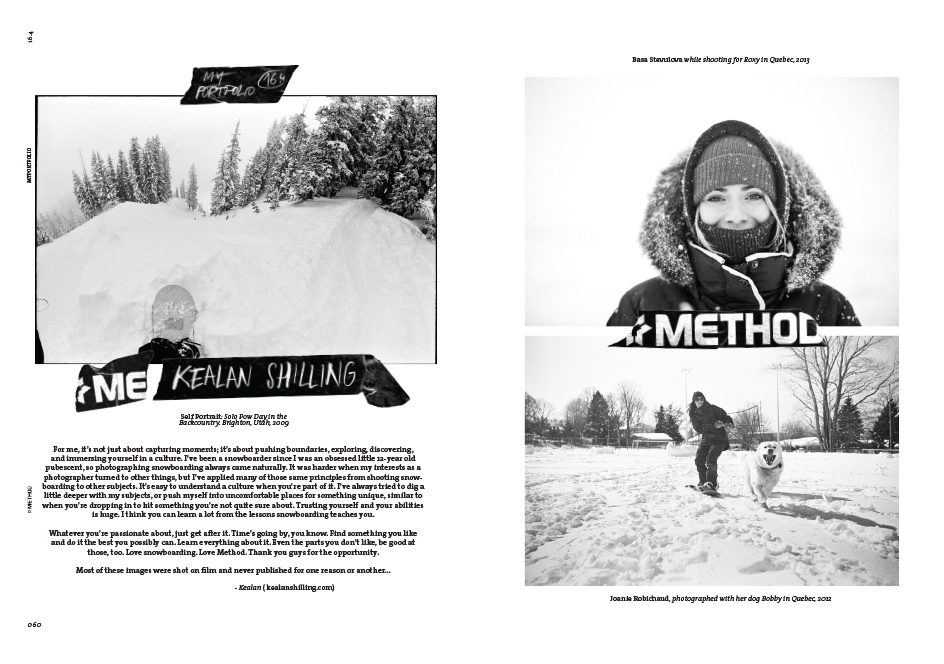 *Ed. retraction: The cover shot of Lucas Magoon featured on the Method Gear guide within Issue 16.3 was shot by Mike Yoshida, not by E-Stone.

A conversation with Forest Bailey