In many ways, this 17.3 cover sums up what Volume 17 has been built around - simplicity, style and riding whatever is in front of ya. Making the most of a situation, of our/your environment, with the homies of course. We couldn’t have hoped for a better representation of that sentiment than Mike Ravelson’s snap from flat ground to front board on the quintessential backyard session feature - the picnic table. 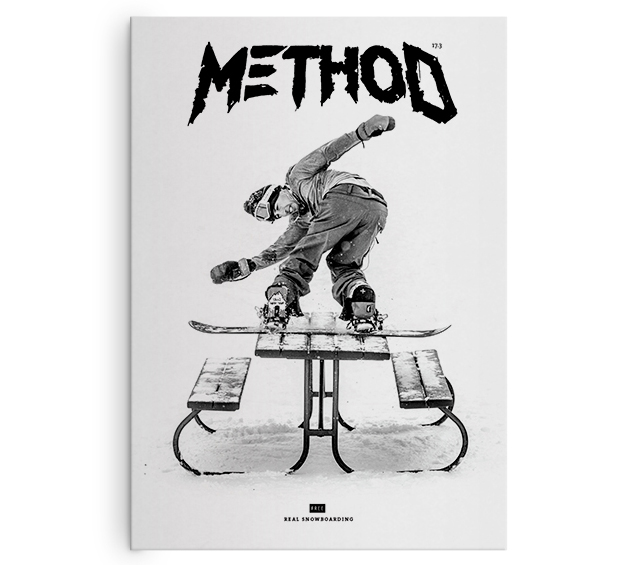 “Riding with Mike Ravelson is inspiring. Hell, just being around the kid is inspiring - whether he's playing guitar, drawing, or just hanging around - the kid’s got some spark. On this cold, early season day in Colorado, Rav was inspiring this picnic table session with the entire Vans Snowboard team. We were gathered together to start our movie project (due out after this coming season of filming) and on one of our last days together Rav started ollieing onto this table off to the side of some of the rails and park features we'd been riding all week. Before long the whole squad joined in, and soon after Rav had this classic frame in the bag. Rav, in his element - simplicity, style, and a hefty front board from flat.” 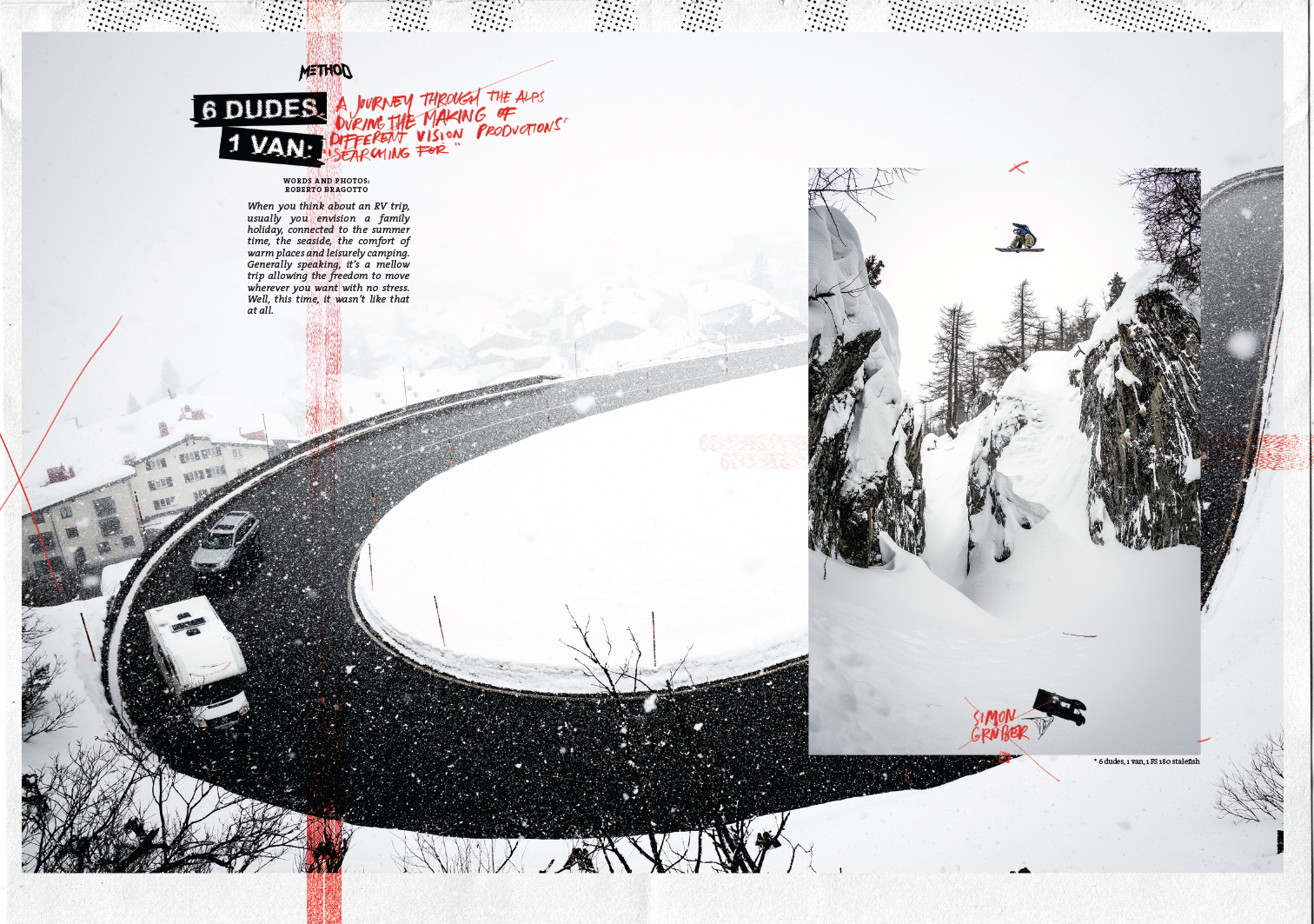 In addition to our search for “simplicity”, life on the road, and generally disconnecting from the norm and the web, became sort of impromptu themes of this issue, explored in multiple columns and features. In that vein, we’ve got the Different Vision Productions crew road dogging through the Alps in “6 dudes, 1 Van”, a Travis Rice interview discussing The Fourth Phase, his never-ending mission, and appreciating the world around you, a snow “Glamping” trip with the Drink Water boys and special guest Rick McCrank, and a pair of Production Values columns highlighting Desiree Melancon’s United Slopes of America project and Gabriel Mojon and Laura Martinez’s Life in White RV excursion. 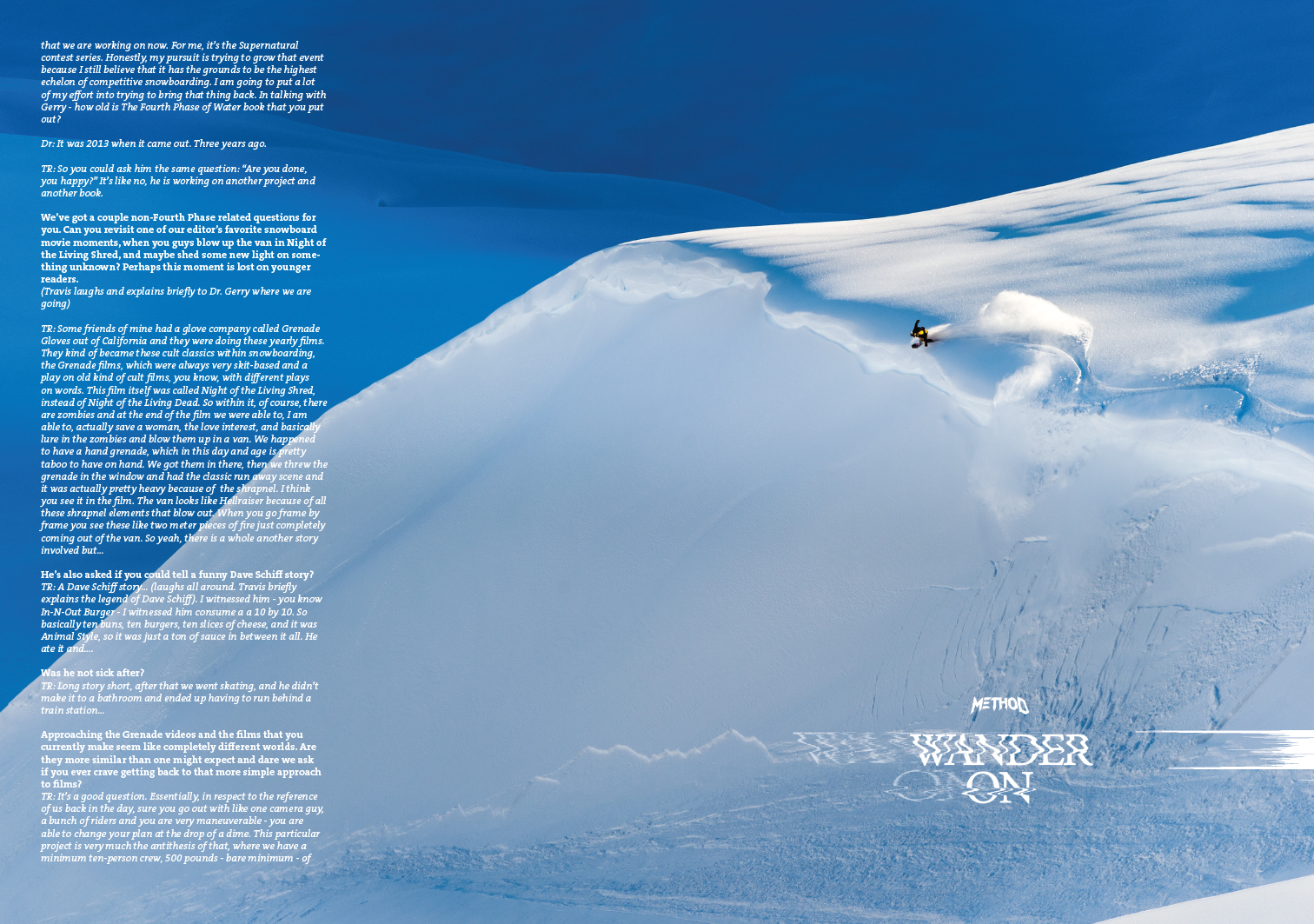 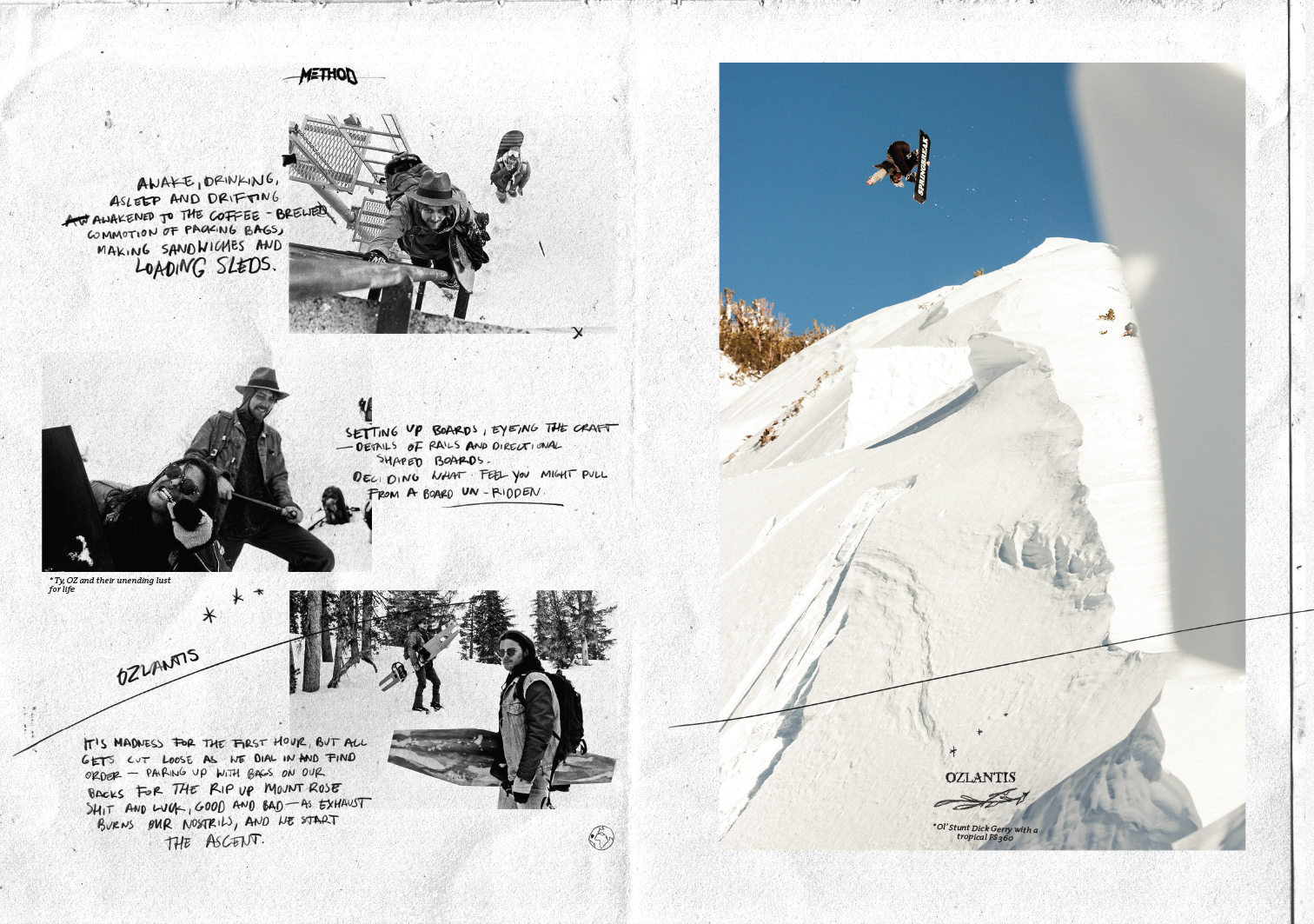 To complement, we’ve got a couple Tahoe based features - a blast back to the finer (read: looser) points of snowboard youth with the Von Zipper El Ninos, and a masterfully shot Spring Break Snowboards outing from Kealan Shilling and the rest of the SB gang. 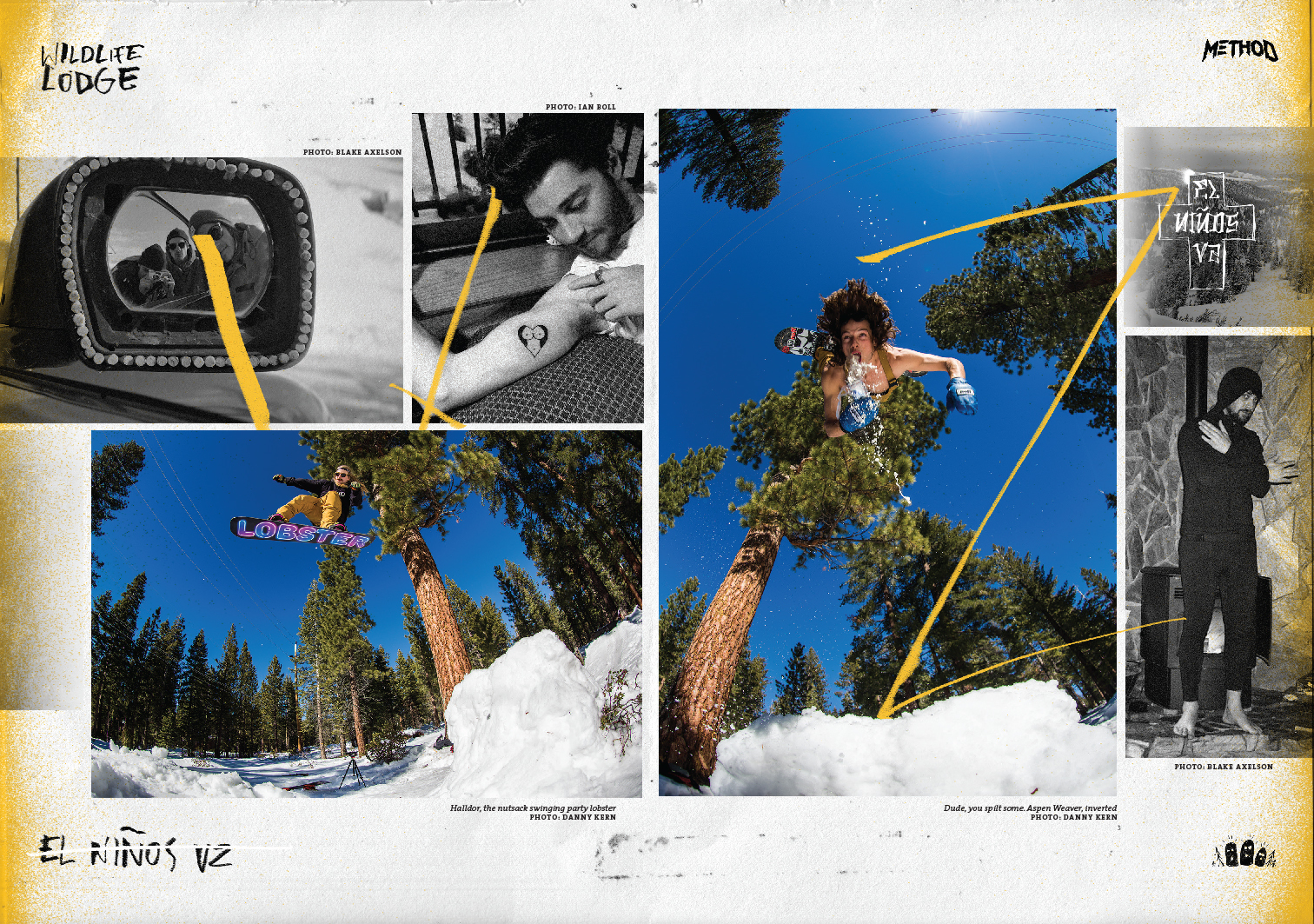 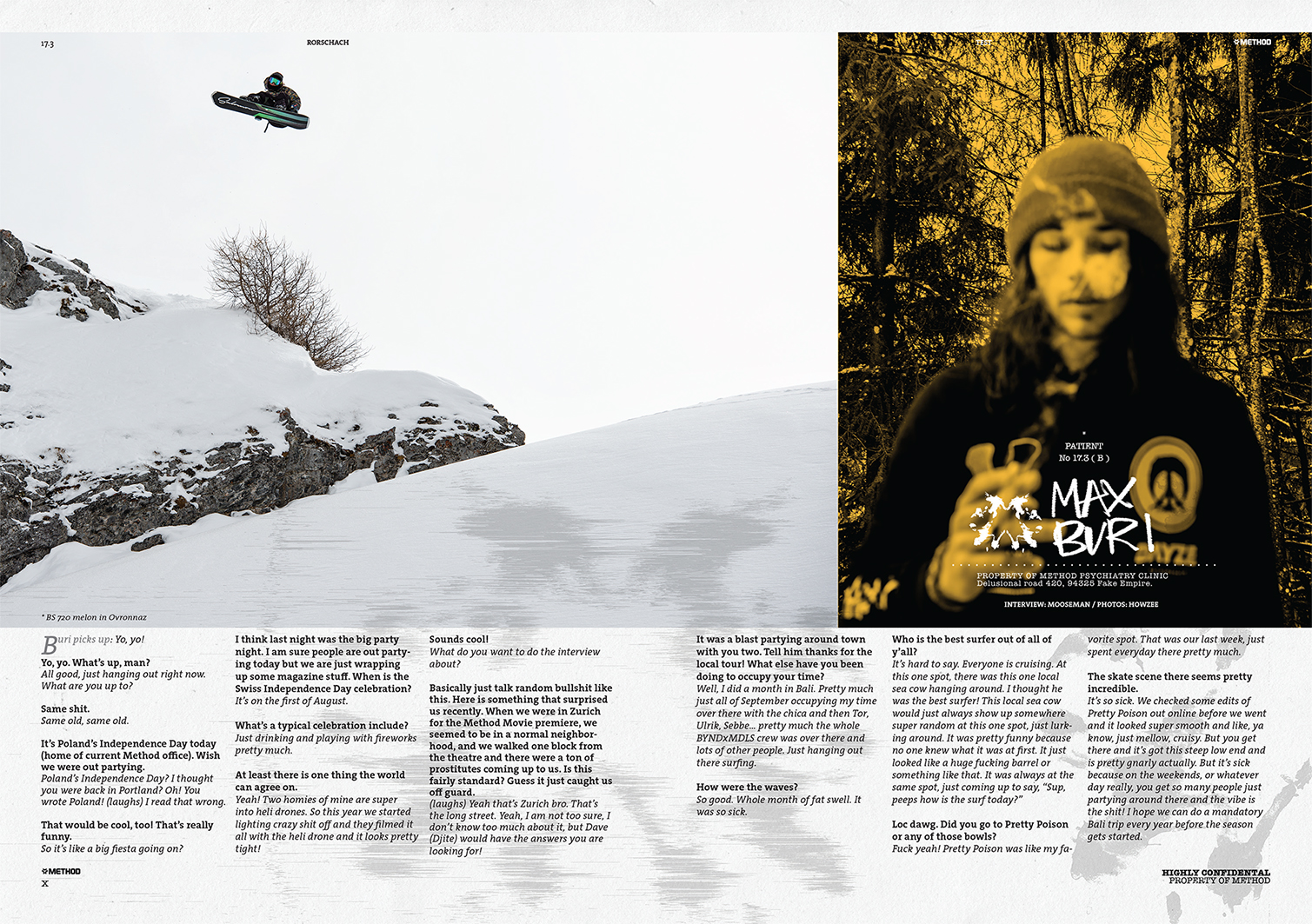 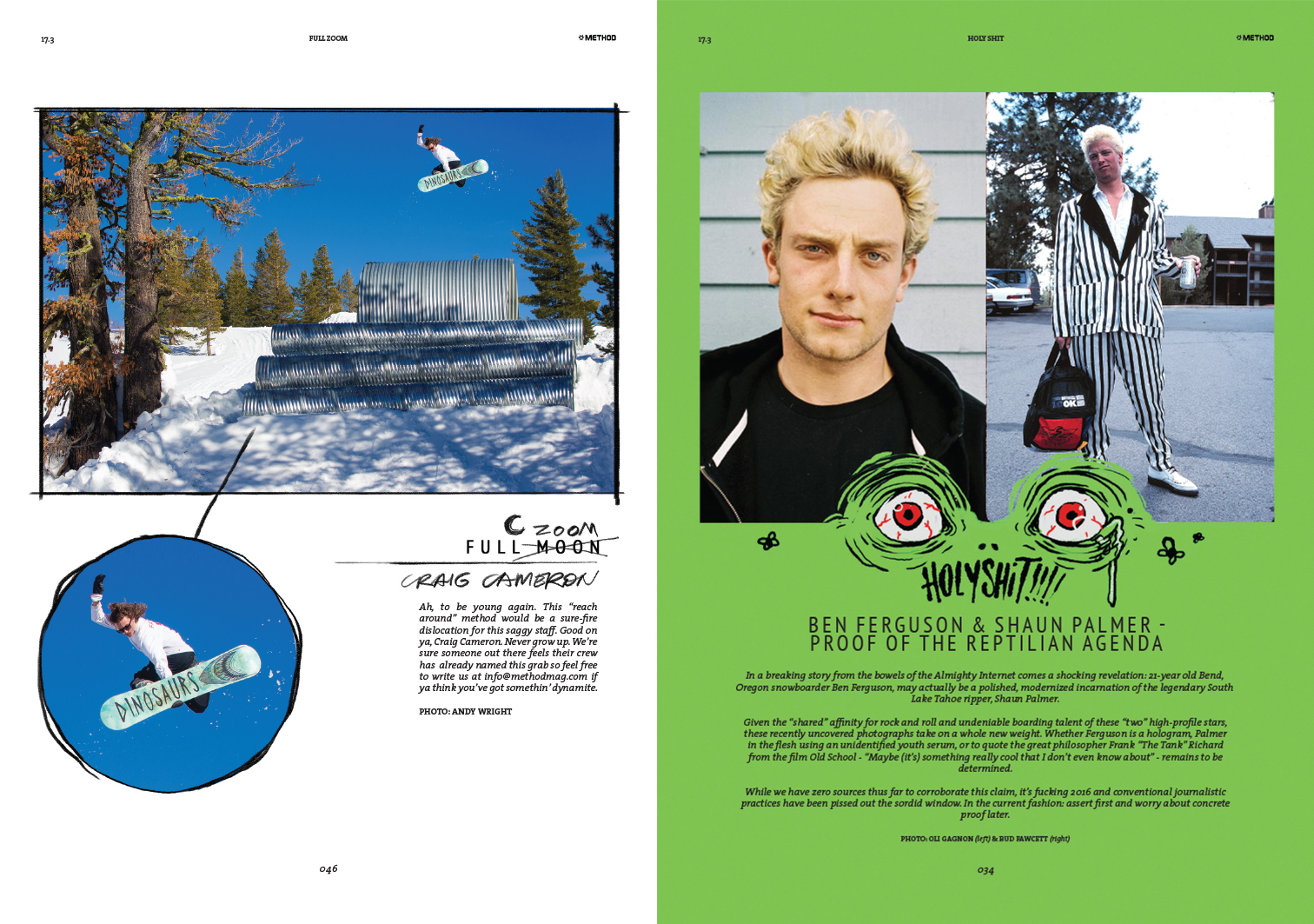 Go snag a copy from your local shop and hit the damn hill! Couch season’s over!!! 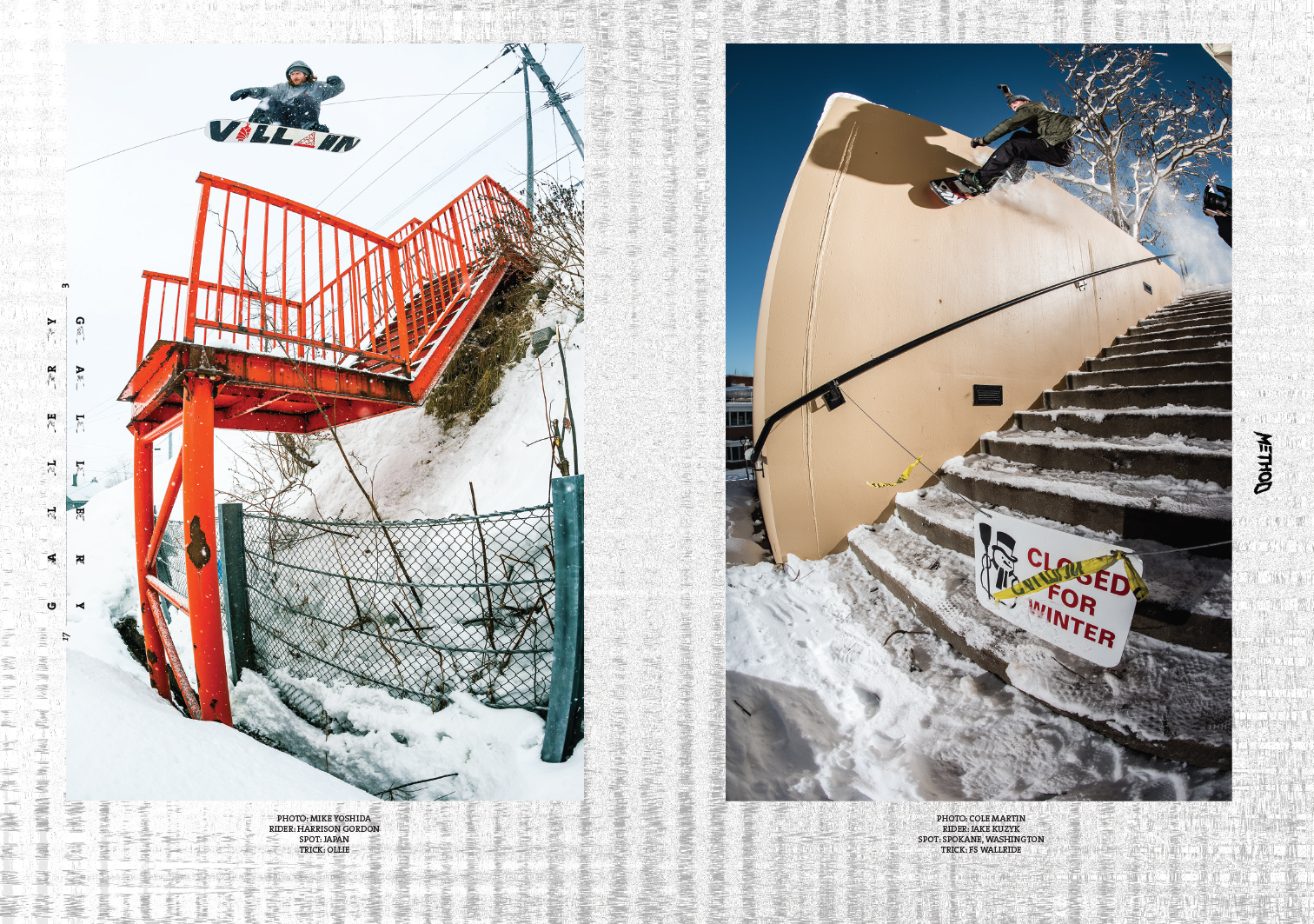