Recap and photos by Theo Acworth

I can summarise my 2019 Kaunertal Opening very easily. It was three great days of snowboarding and sunshine. I don’t really need to say more than that, but if I want to be invited back again, I probably should.

So here’s what else happened: There were hundreds of snowboarders there. Maybe thousands. I didn’t count, but it seemed like a lot. There was also a very long park run that was covered in snow and features. Hundreds of them. Maybe thousands.

Nothing about this event felt disconnected, and as a result the atmosphere was constantly like a festival, which I liked. A small rail setup was built next to the brand area and hosted multiple sessions from Shred Unit, Desperados/Nitro Snowboards, and SANE! A setup that size should probably have been switched up a bit for each session to keep things fresh, but the sessions were still good and riders kept managing to find ways to get loose with it. A metal band played on the dropin for one jam and the singer had a human spine attached to his mic stand, which I thought was excellent. Obviously it wasn’t a real spine, but it was still pretty metal. There was also a park contest that I totally missed because I was too busy bombing the Kaunertal slopes.

Once darkness descended the closed street of Feichten once again played host to a rail jam. Someone had the psycho idea to make the rail out of a tree, and unsurprising a lot of people caught their edges and ate shit. It was still a heavy session though, and the crowd was definitely hyped. There were also some parties in various venues and a bunch of movies were screened: From Scraps, Up To No Good, Soul Shred and The Escape Video 2. Everyone cheered for their friends, and some free CBD joints were given away and immediately smoked inside the bar.

There are couple of other things I feel obligated to inform our snowboard audience of: There were once again plain-clothes police sneaking around and busting people for smoking. I’m not sure if they’ve ever considered that this approach might drive people away from the event? My advice - smoke your weed somewhere private. Also new for this year was a €300 fine if you got caught sleeping in your van outside the designated camping area. This struck me as a bit of a blow to the spirit of snowboarding, and I just wanted to give a heads up to any wild campers planning on attending this event in future.

Lastly, the results from the weekend's events! 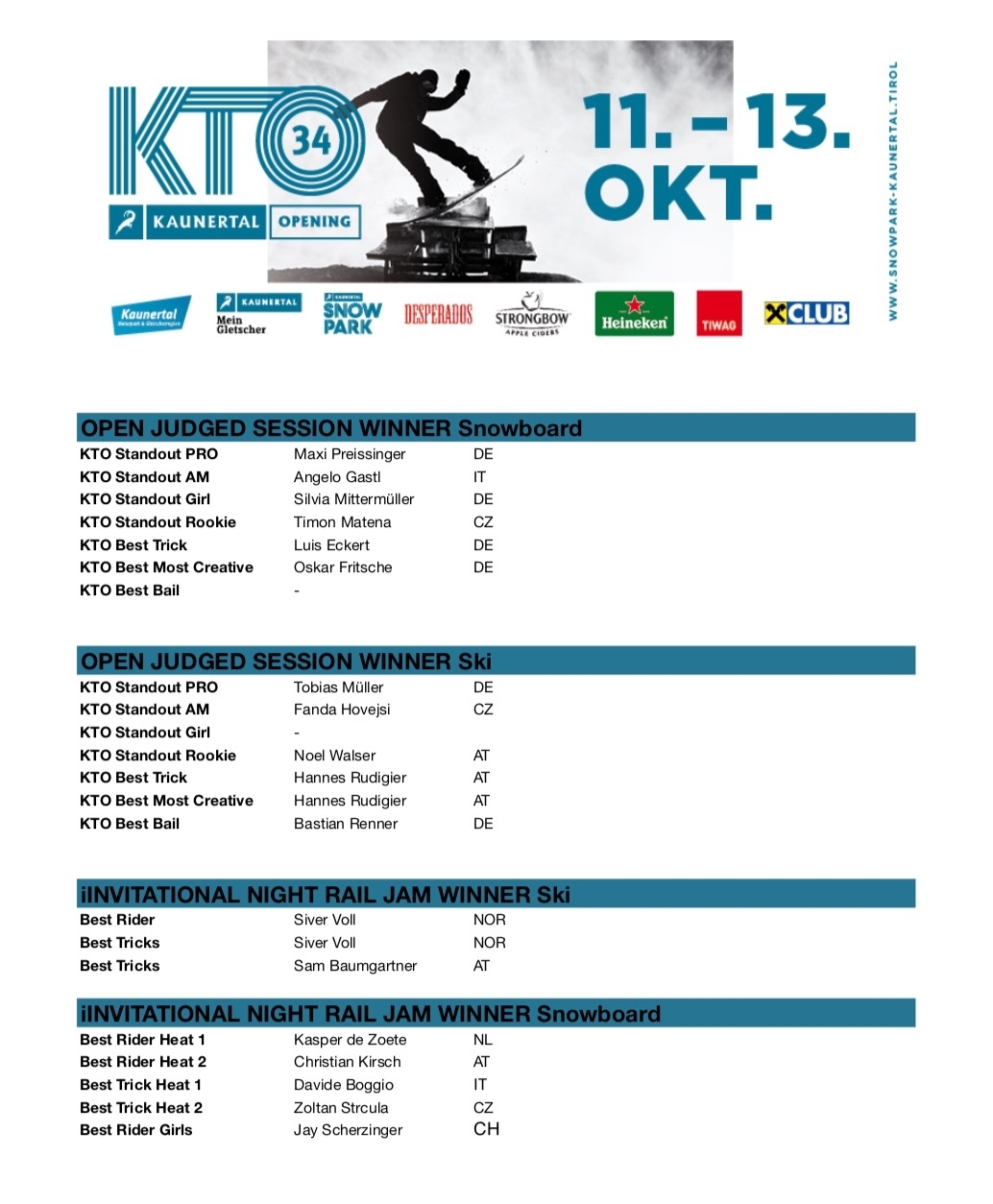