Two Days at the Rome Lodge

Sometimes you arrive and everything is somehow perfectly aligned. After two weeks on the road, that fourth plane ride was a real battle. Especially after a 6 am nights on colour bursting substances meant no sleep to catch a train to Munich Airport from Salzburg. Wandering lost in the airport, synapses firing and beating with colours too bright to handle you bump into your old boss. More like a good friend at this point. Through security praying there’s nothing suspect about the way you look. Keeping it together through small talk and queues with backpack aches and open computer sleeves and X-Rays on expired film that you can’t avoid. Take off your shoes so we can check that your socks don’t have any holes or any leftover stashes please, Sir. Those sterilised white floors reflecting too much light, transforming your retinas hitting them with an over-exposed cross-process of colour while you walk through corridors past rushing travellers and escalators intent on pushing you back away from the gate you’re late for. The whole situation makes you feel alone and not involved or stoked on the destination. Then you take off in turbulence and land and it’s pissing rain harder than you’ve ever seen. Through another airport purgatory as you wait for your mind to catch up with the distance travelled, your body sips a cold beer with old friends who bring new conversations that can’t yet be processed. The table fills up with empties and you start to feel normal again. 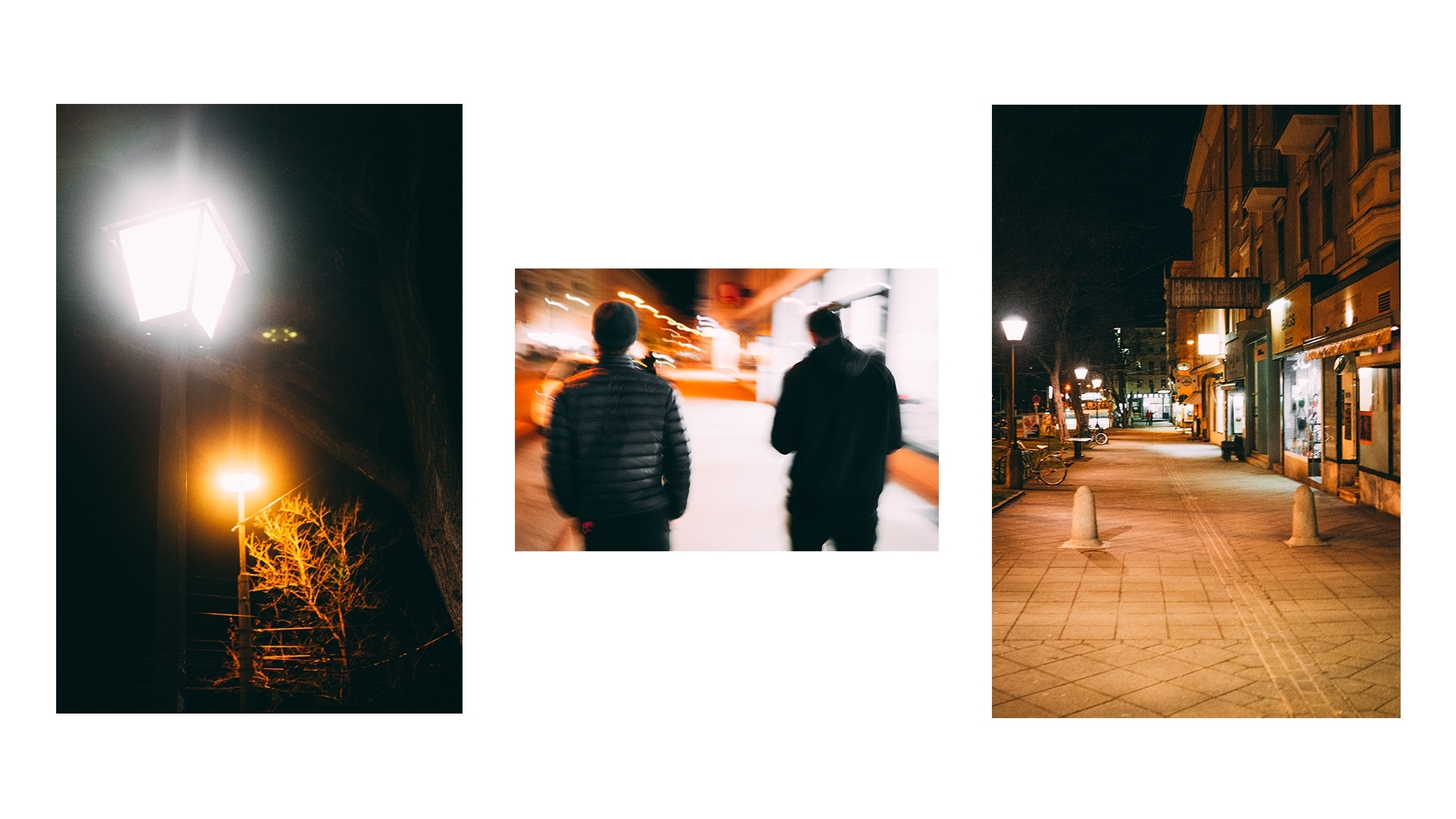 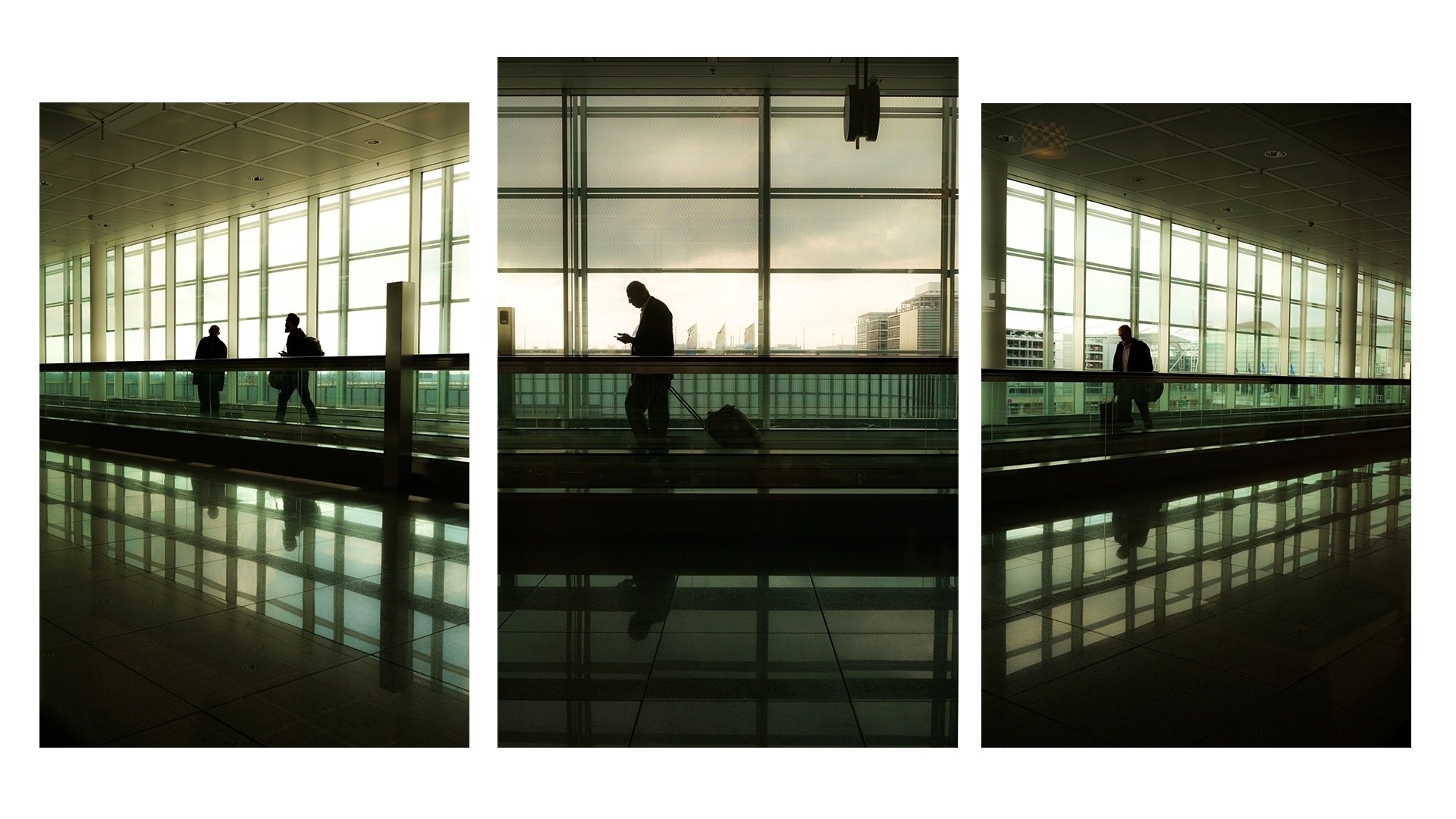 Take the front seat as the others joke in the back rows and all you can focus on is the water drops streaming down the window and the hands of this Italian man as he talks on speaker phone to potential clients returning from their pilgrimages of the mountains we are heading towards. Your head starts to bob and focus becomes less clear as the effects of no-sleep, aeroplane sleep and however many beers catch up once again. You enter the darkness of a tunnel and when you wake you are in a new realm. It’s hard to say how long you were out but the effect of time travel can be incomprehensible to even the brightest minds on the planet. This mind was not bright but it is starting to fire back into action as the highlights of the once rain reflect all the light there ever was. Snow. And lots of it. So much snow that you have to hike your way up to the lodge because the van won’t make it. But finally we have arrived and the excitement has reached a level that is entirely new because the Rome Lodge holds every promise of those days we all live for. 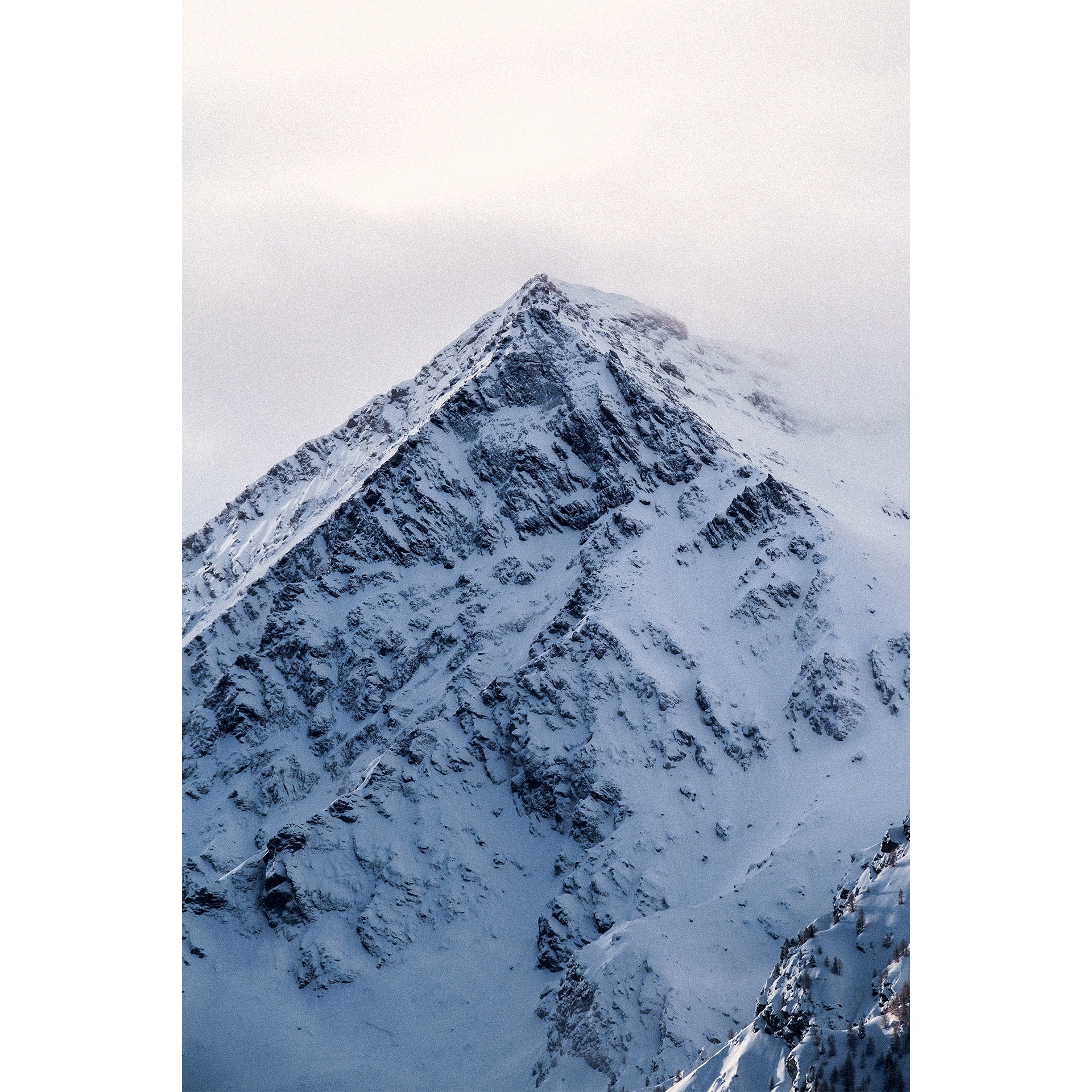 We settle into beers and fireside talks of Rome’s beginnings but every conversation ends back at the impending deepness of the day ahead. Pillows welcome weary heads and the dreams are full of slashes and fogged goggles and snow drifts. More snow overnight leaves a curious silence in the morning that somehow wakes us early. Too excited to roll over because the dreams are about to be real and all they require to become a reality is a little coffee and a couple of croissants served hot with boot laces, binding clicks and the feeling of flying is back and all you want is for it to last forever but it can’t. It doesn’t even matter that you’re not riding your own rig because the Rome boards and bindings deliver to the maximum. The best thing that you can say about a new setup is that it feels like your own from the first turn and that is exactly true. Rome makes snowboards and bindings and boots and if you try them you’ll realise it feels like it should and nothing more really needs to be said. You’ll feel like you have full control and the thing under your feet is part of you. As it should be. 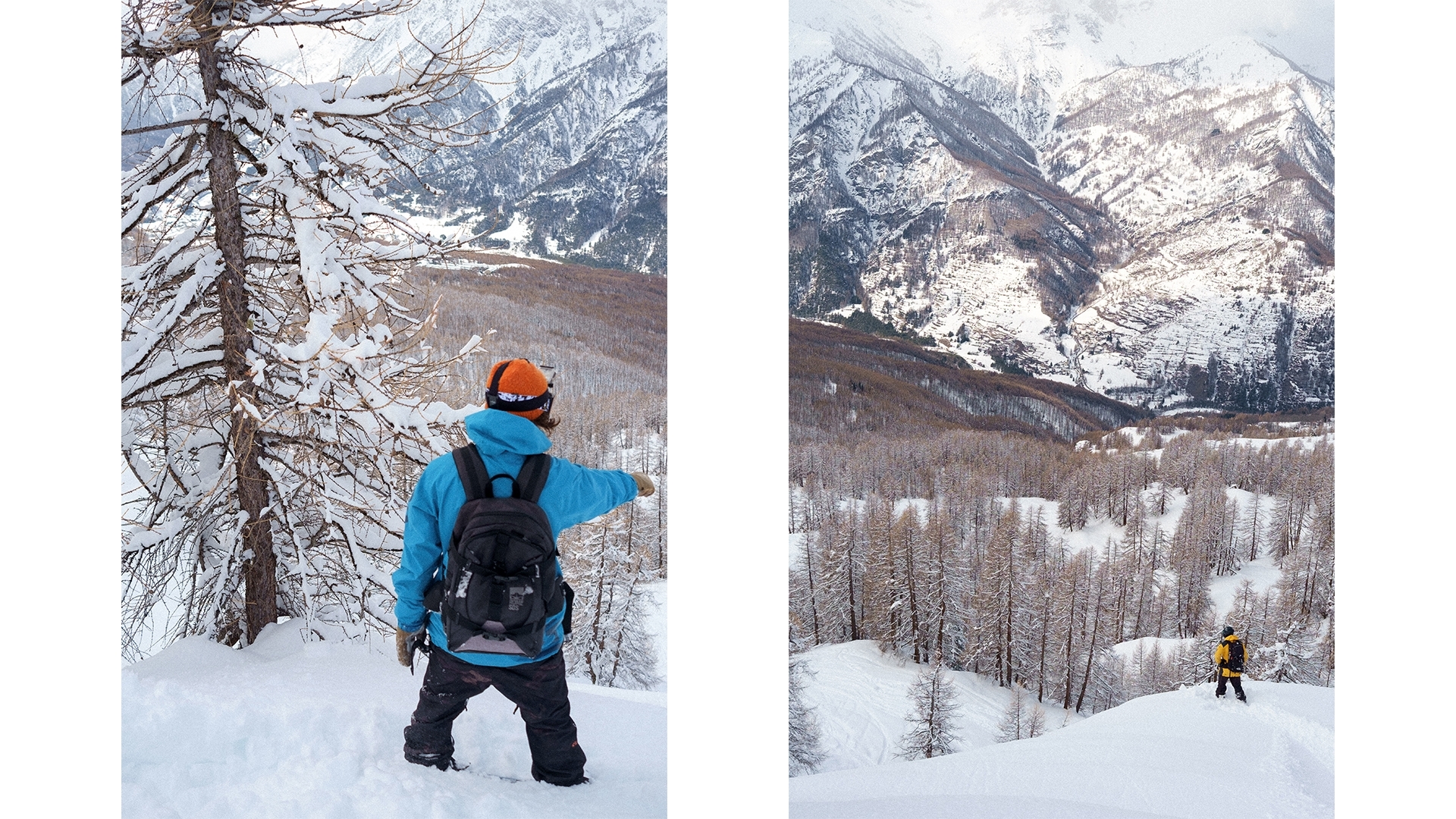 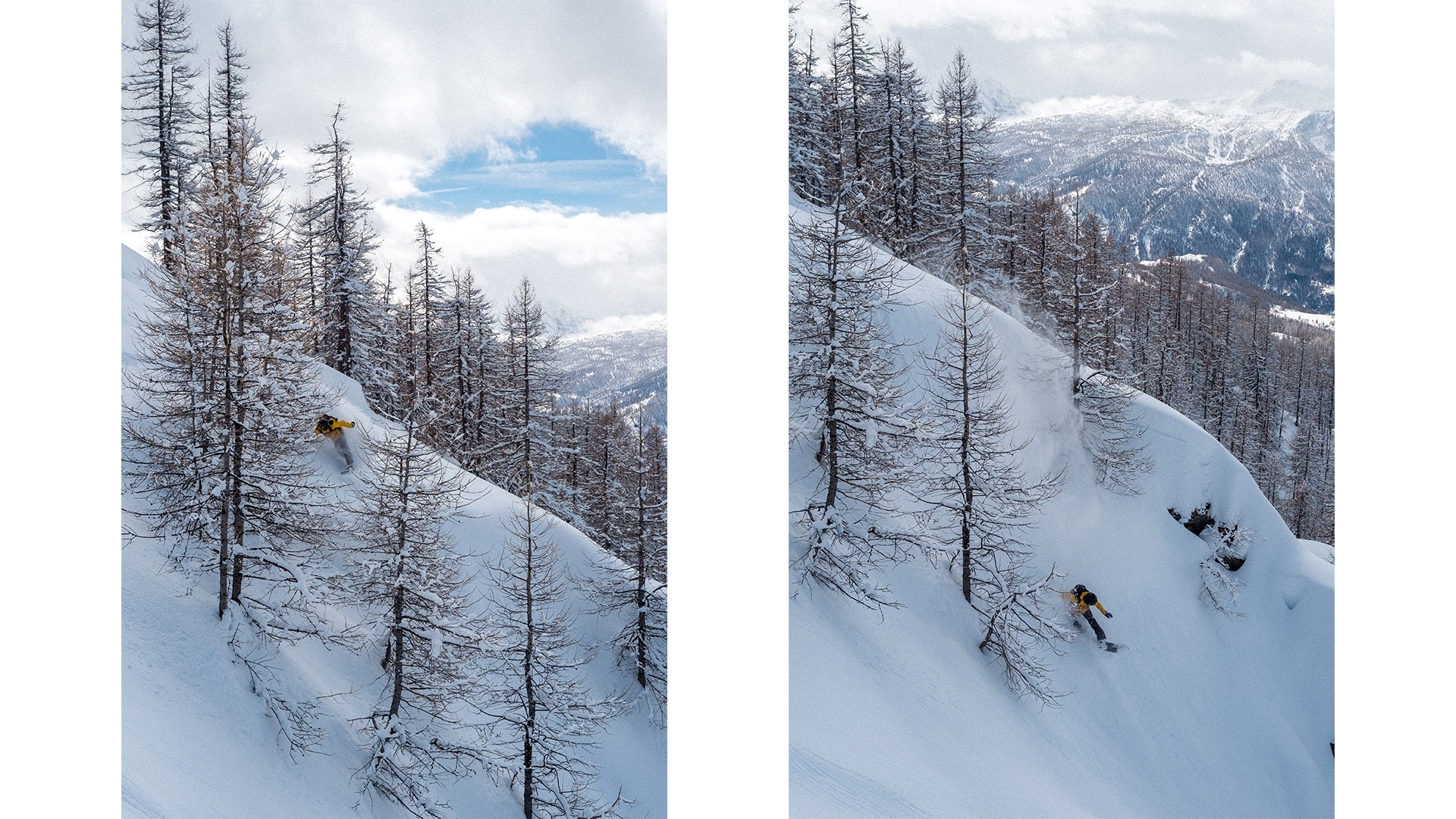 So, we continue our day tracking uncharted territories in gangs that run deep into the tens and twenties. Endless tree runs to keep us snaking through lines that only make themselves known five feet before the next turn but the snow is fresh and ours for the taking and it feels oh so good. We steam up the gondolas with our adrenaline and smoke on the chairlifts to calm our jumping nerves, preparing for the next. Open faces of untouched lines straight off the lift. The holidaymakers and ski schools look at us like we’re mad. And we are. Rome Founders frothing so hard not wanting to wait for anyone. More lines to be scored. ‘Let’s do it again’, he screams. ’That face looks like it has some good snow’, he explains. ‘We should head over there because we did it last week but now there will be a bunch more snow that is insane’, he reports. We follow blindly. But we are not blind. Our eyes are open and ready for everything. 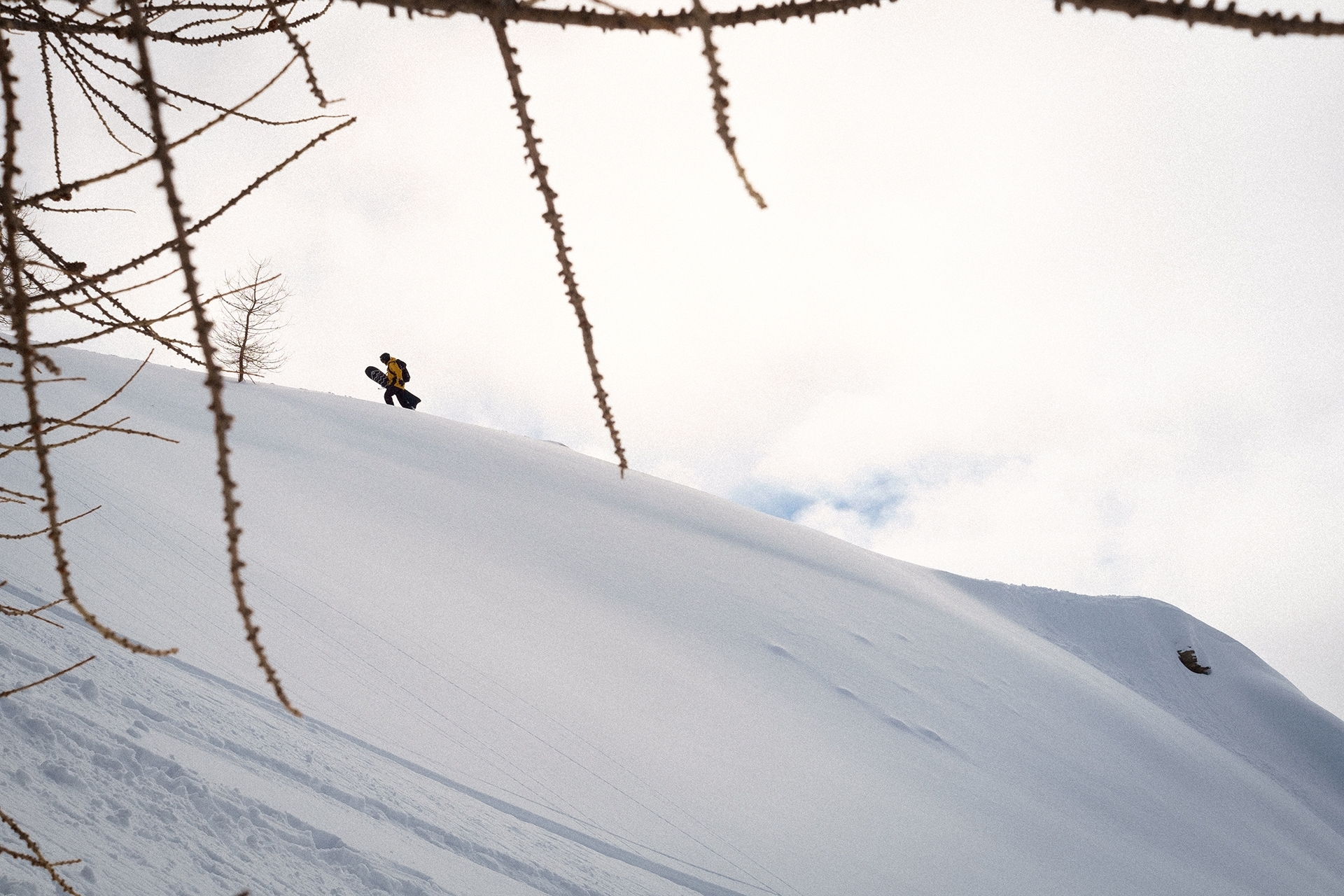 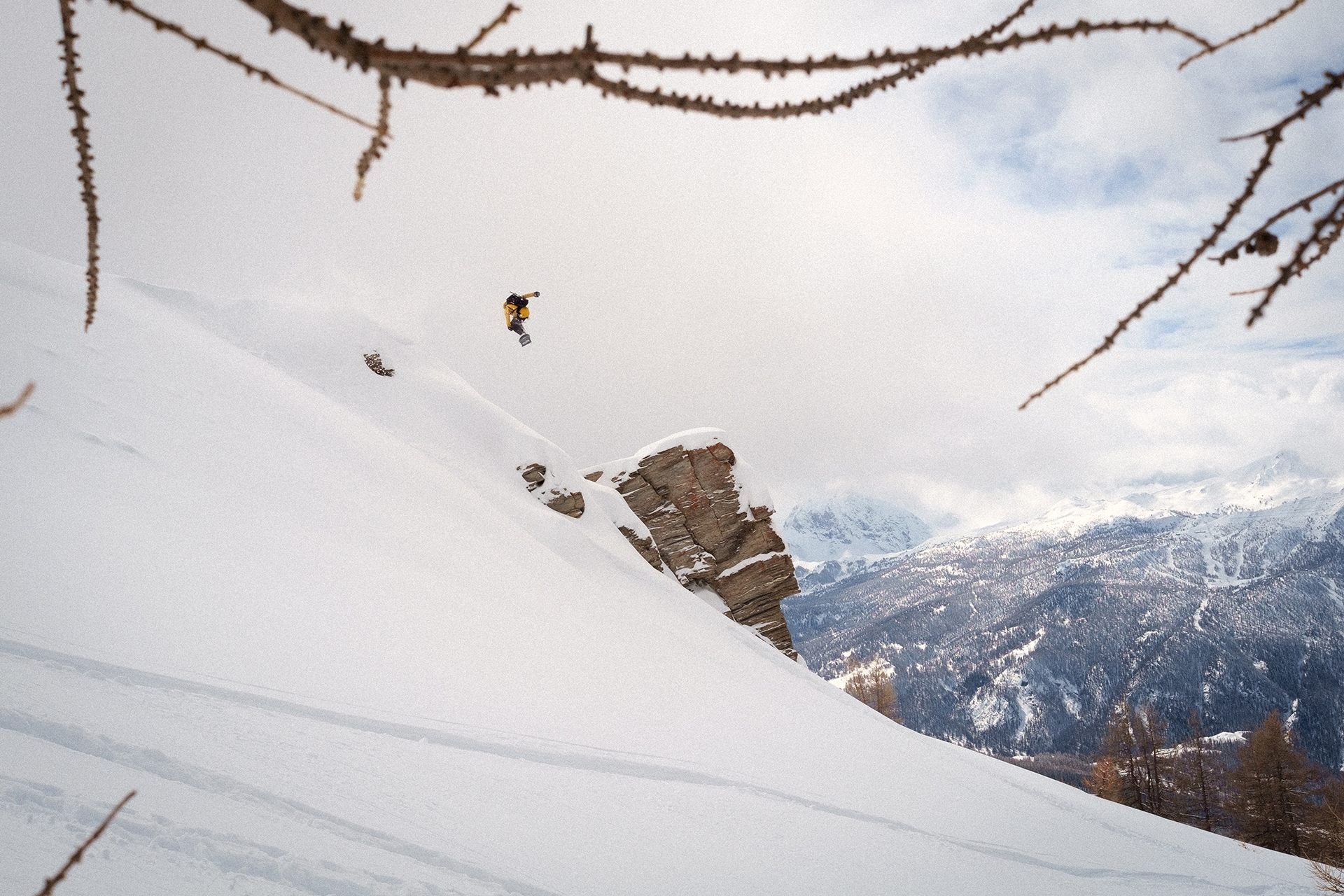 On the second day, we rinse and repeat. All day. One for the books. Words escape us. But the sunshine peaks through overcast skies on occasion. Thomas Delfino holds the keys to new zones and knows exactly how to conquer the terrain. Backside threes of beauty from rock outcrops, tight lines between trees and then pillows that are deeper than anything you’ve seen all take a beating from his board. Full control and poise as you can see from the one roll of film we had left in the camera. And then the final chapter. The last remaining souls on the mountain. A new zone. Packed full couloir with two windswept banks begging to be slashed. Crying out for it. Someone asks who wants to hit it first and you’ve never shouted out faster. I’ll take the line. I’ll take it. Josh the Rome Founder fuming he wasn’t faster on the pull. Like two cowboys facing off in the Wild West and our gun had the truest sight. We pull the trigger and head into the first bank surrounded by jagged peaks only black in the low light. Defining the bounds of the turn that you push to the limit. Your legs and torso disappear and it whips around as you drop into the steep to get straight back onto the toes for the second bank. It’s deeper than the last and bigger too and you’re carrying twice the speed from the momentum of the first turn and the drop out is steeper but all you can do is charge into knowing this might be the last one like it for some time. Guess it was, but we have a memory and that’s the most important thing. Until next time. Thanks for reading these collected thoughts of Winter 2018. We’ll see you out there soon enough. 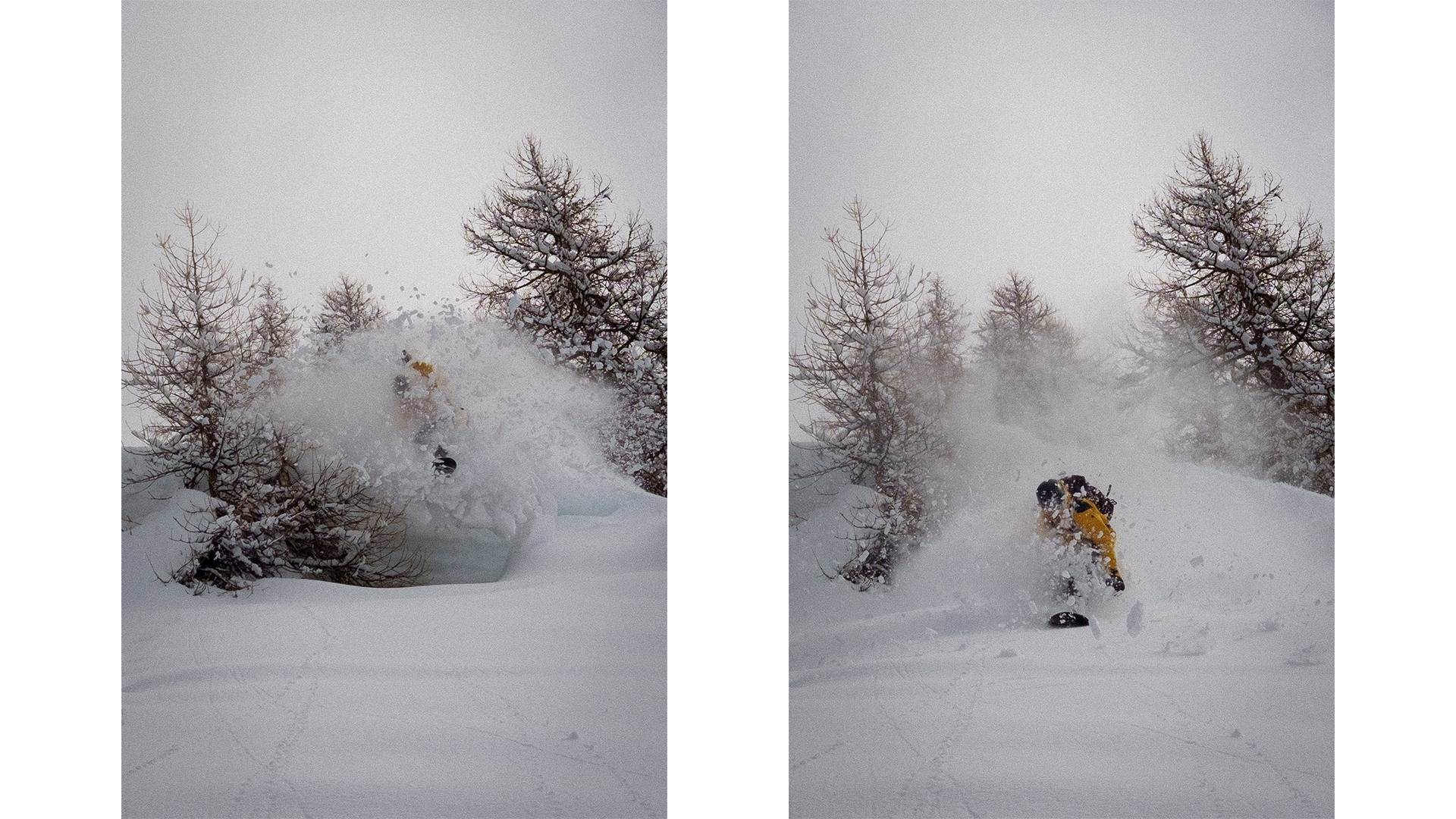 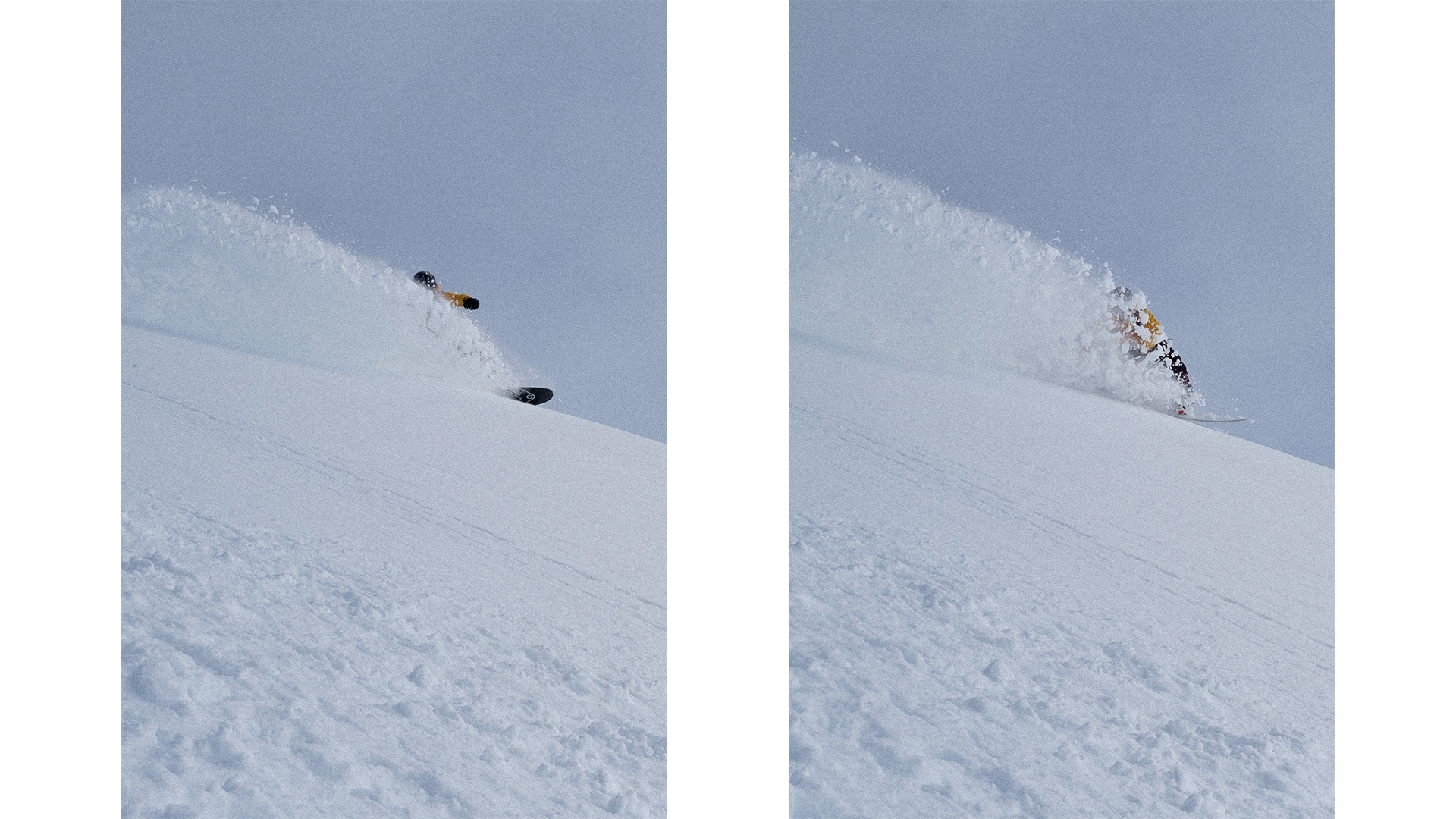 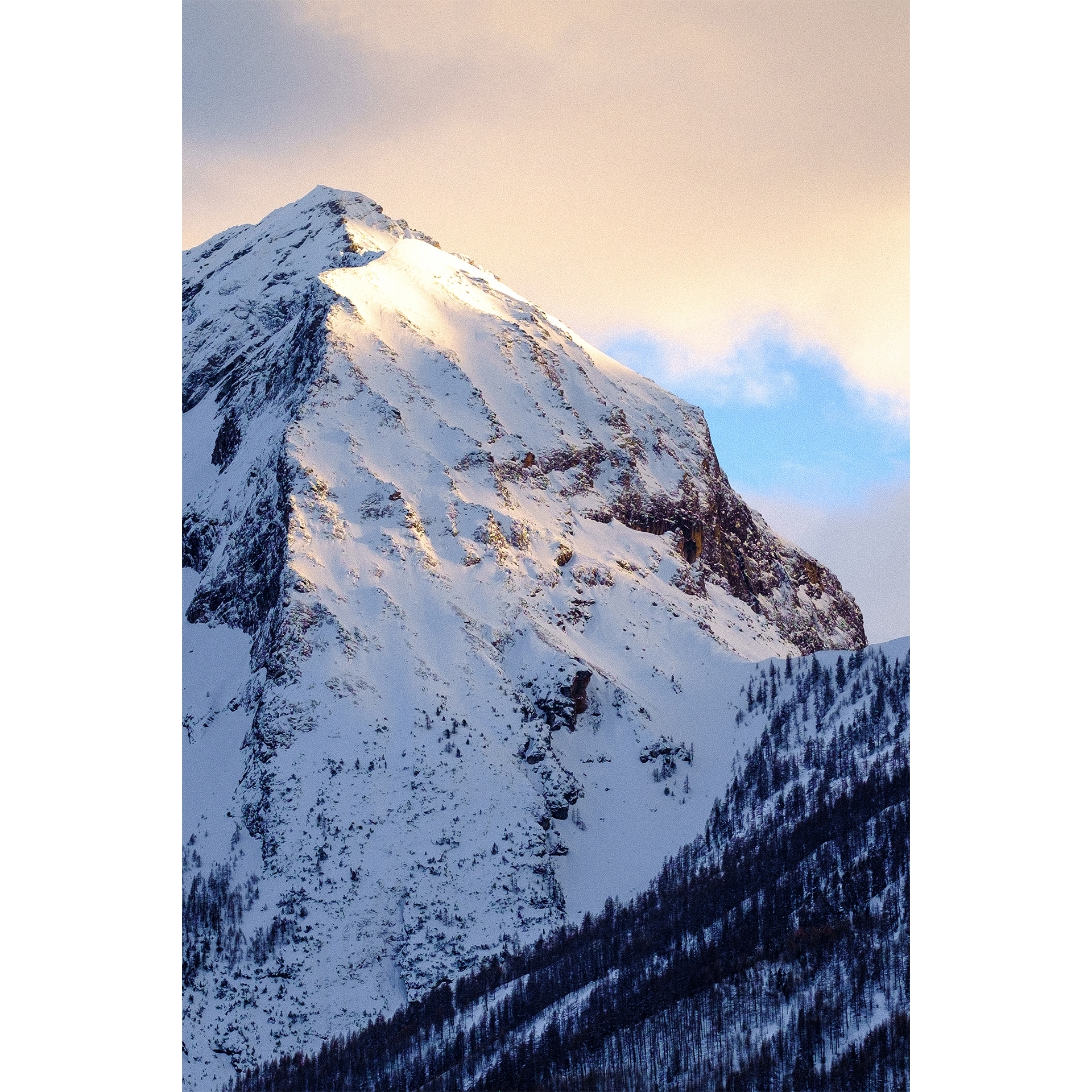