Recap and photos by Alastair Spriggs.

Seymour is a special place for Canadian snowboarding. When the sport started to gain traction in the mid 80s, Seymour welcomed boarders, rather than banning them like the majority of other hills across North America. With it’s terrain, accessibility, inclusivity, and all the vibes that come with a small, independently owned and operated resort, Seymour quickly became a Canadian snowboard mecca. 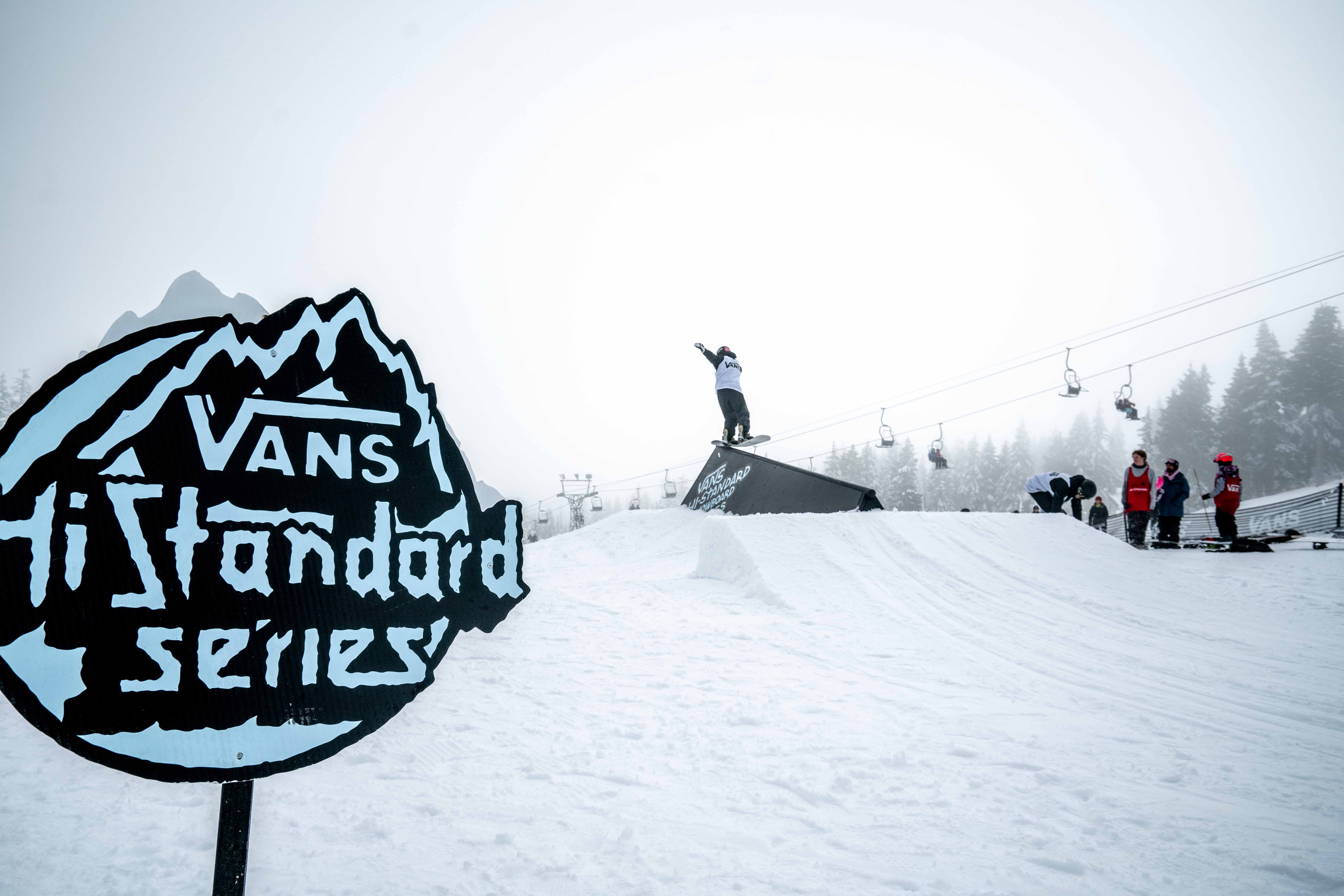 So when the Vans High Standard comes to town, Sea to Sky’s finest boarders flock to Seymour in high numbers. Young guns from the Whistler Valley Snowboard Club, homies from the Mt. Mountain crew, and Whistler’s heavy hitting amateur rail celebs let loose on a pristine course (shootouts to Mt. Seymour park staff), and put their style and talent on the line for a trip to the Vans High Standard finals. As much as the event had a competitive edge, it felt more like a gathering of friends — creating a feeling that Vans’s events always seem to embody. 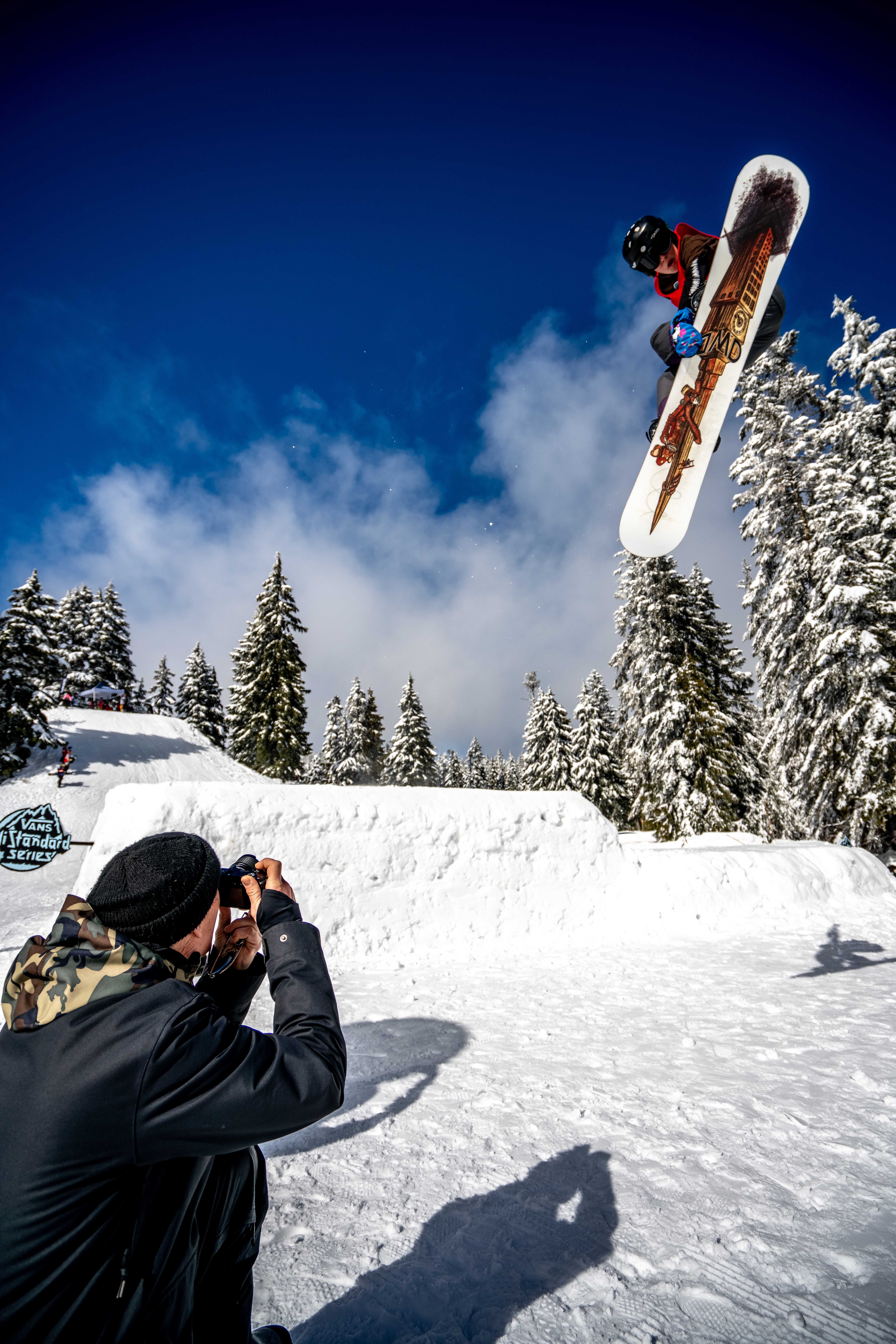 The day kicked off with a heavy red jersey (15 and under/30 and over) jump session. While most snowboard events generally show disparity between categories, this was certainly not the case. Caleb Chomlack and men’s MVP Truth Smith rode away from every degree of rotation with style and easy, while Juliette and Amalia Pelchat backed them up. Juliette’s cab 5 was definitely a highlight, earning her the MPV award on the women’s side (she also has crazy rail game, watch out Brighton!). As the day progressed, the white jerseys (16 and over) took to the jump. Highlights included a banging swack 7 from Adrian Tongko, some shirtless maneuvers from local favourite Coulton Conway, and a couple of corked out backside spins from Sam “Tomahawk” Thompson.

Next came the Van Doren best trick competition, which was held on an upward slanted A frame feature that gave riders plenty of opportunity to stunt. Like the jump session, the red jersey’s put on a show well beyond their years. Truth Smith stomped a boardslide, switch up, same way 2 right off the bat, and Amalia Pelchat followed him up with a  backside blunt 2 out that earned her $200 and best trick for the red jerseys. 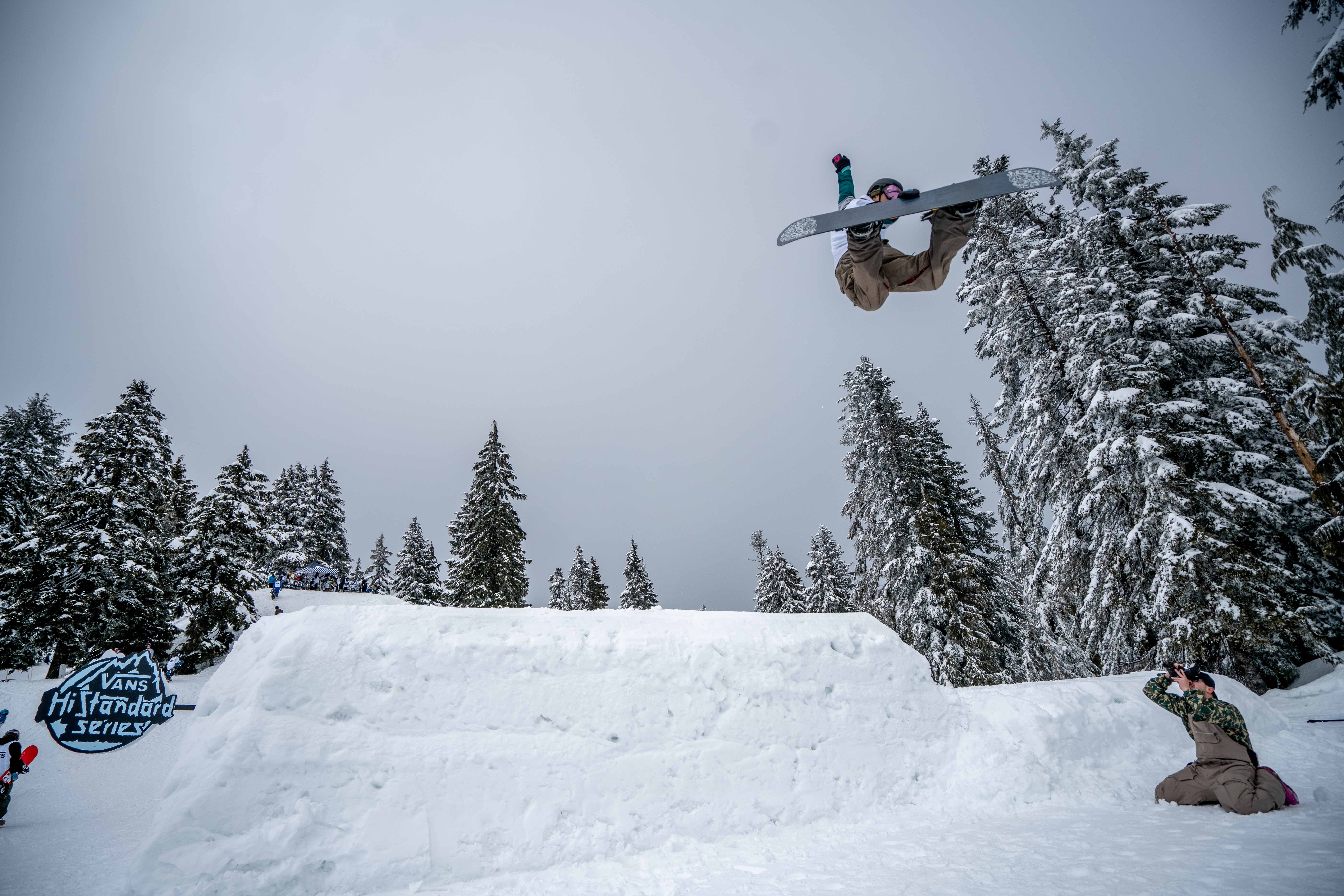 It didn’t take long for the white jersey session to turn into a full on huckfest. Samuel Gagnon made several attempts at a backside rodeo off the feature, Micheal Hoy landed a perfect cab 2 pretzel 2, Bryan Bowler stuck a back board pretzel 4, and Sam Thompson laced back to back nose/tailpress 3 out. Despite an array of technically difficult tricks that oozed style, Colton Conway rode away from a back 3 on, earning him $300 and the best trick title.

The awards ceremony saw Vans team rider Ben Poechman crowning Juliette Pelchat and Truth Smith as the Seymour’s MVP riders, both the 15 and under category. “You [could] really feel the energy, especially today at this one of a kind event,” said Poechman. “In a place with so much history, it’s inspiring to see a bright future of up and coming riders.” Watch out Brighton, the young guns as coming for you. 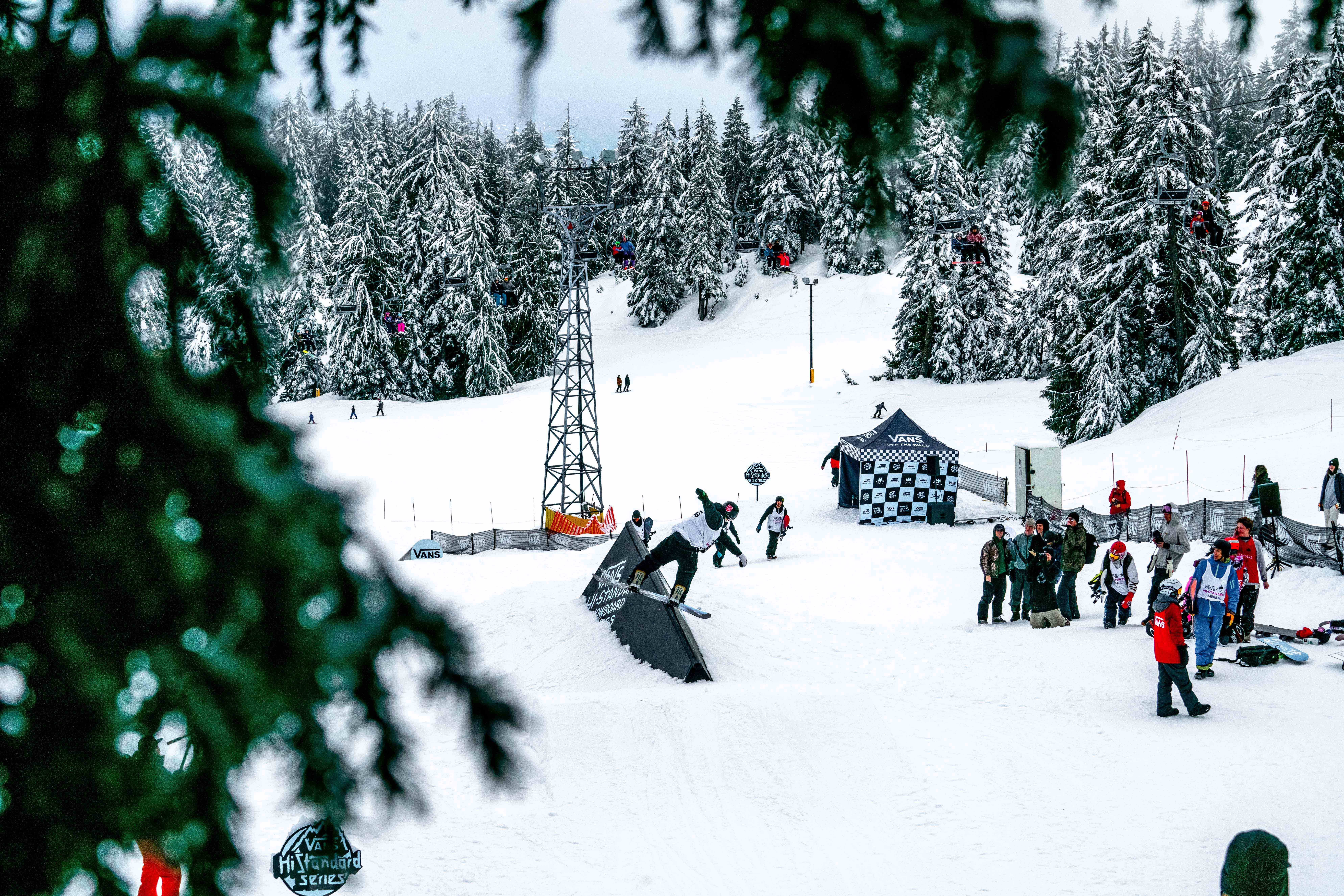 As per usual, Vans came to the rainy city of Vancouver and left a positive impression on it’s deep-rooted snowboard community. Well played. 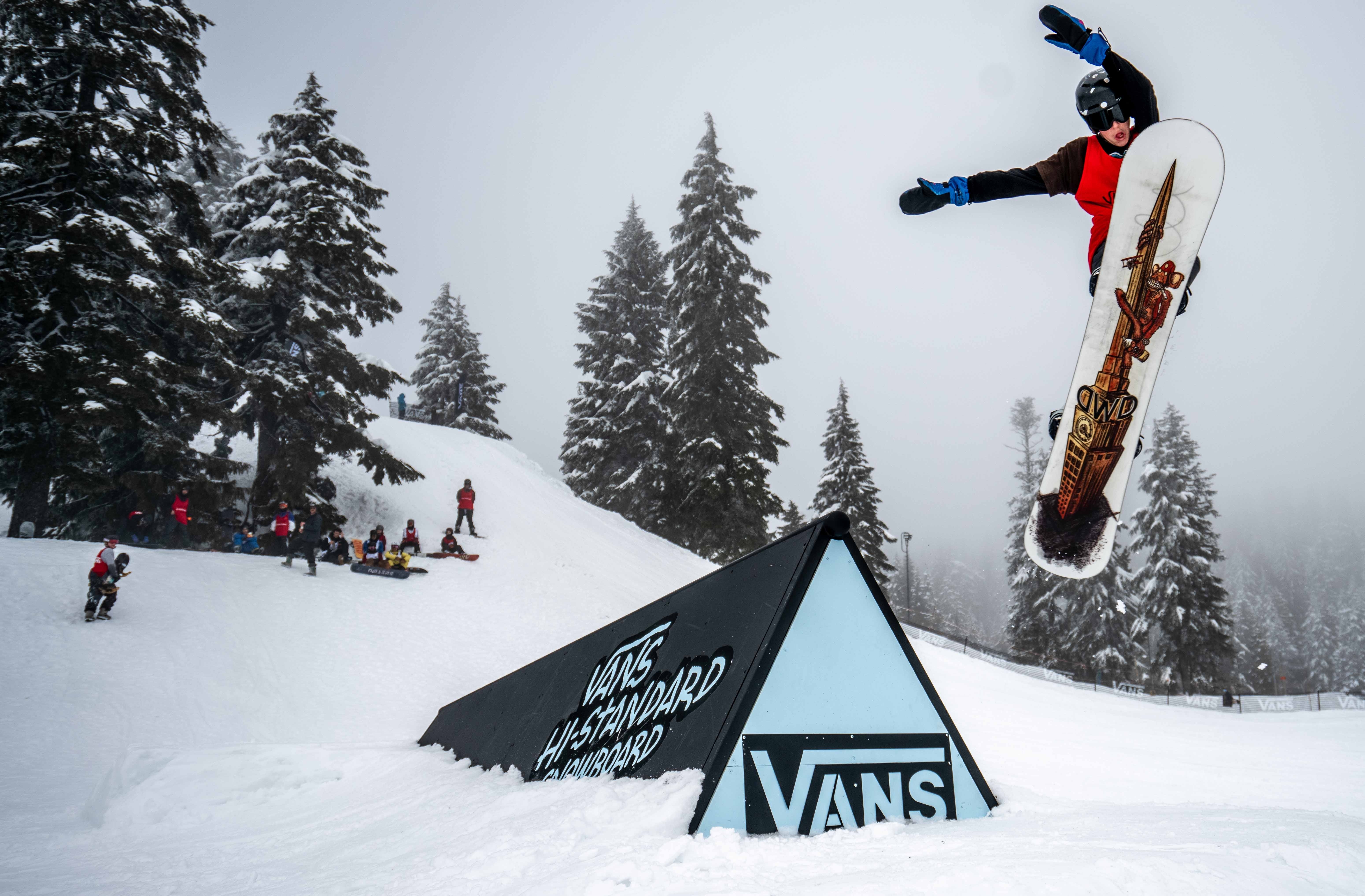