SHOT OF THE WEEK

Quebec local Hugo Dubé-Bouchard with photographer Jaysson Gallant set out to hit up an iconic but guarded spot in the city. They knew they'd only get one shot at it at best..,here' how it went down...

"So it all started during a day when we were looking for spots to take pictures. We were at Montreal and I thought a picture with Saint-Joseph Oratory in the background would be really cool. For those who don’t know this place, it’s a sacred monument and very touristic place visited by a tons of people every year, so it is obviously very supervised by security guard.

So Jaysson and I decided to come back earlier the next day and do it as soon as possible while there were not too many peoples around.

We started building a kicker and a run up in like 10-15 minutes and we used a bungee at first but after a few attempts we didn’t have enough speed, so we added snow and made a longer run up, even though we knew we might get kicked out by doing this. a few minutes later, a guy who was working there came and told us to remove the snow because he had shoveled the stairs like 1 hour ago, so we told him that we would remove everything in a few minutes just to give us time to do our photos, so he agreed but warned us he was in obligation of calling security.

At that moment we knew that we had a few minutes before security arrived, so we rushed to finish the run up, I took my board, I strapped in and at the same time, a guard was coming and started yelling; "hey guys what are you doing"?

I looked my friend straight in the eyes and said; “ok go push me it’s our last try”

The guard has starting to run after me up the stairs and yelling “HEY HEY GUYS STOP IT”.

I was close to the rail and Jaysson had turned the camera off, so he quickly turned it on and did the focus right in time, just as I got on the rail and rode out.

We was like “oh my god, dude that was insane”.

I went to see the guard and he wasn’t very happy, he told us to leave and remove the snow otherwise we would had tickets, so we did and left well stoked about the shot!" 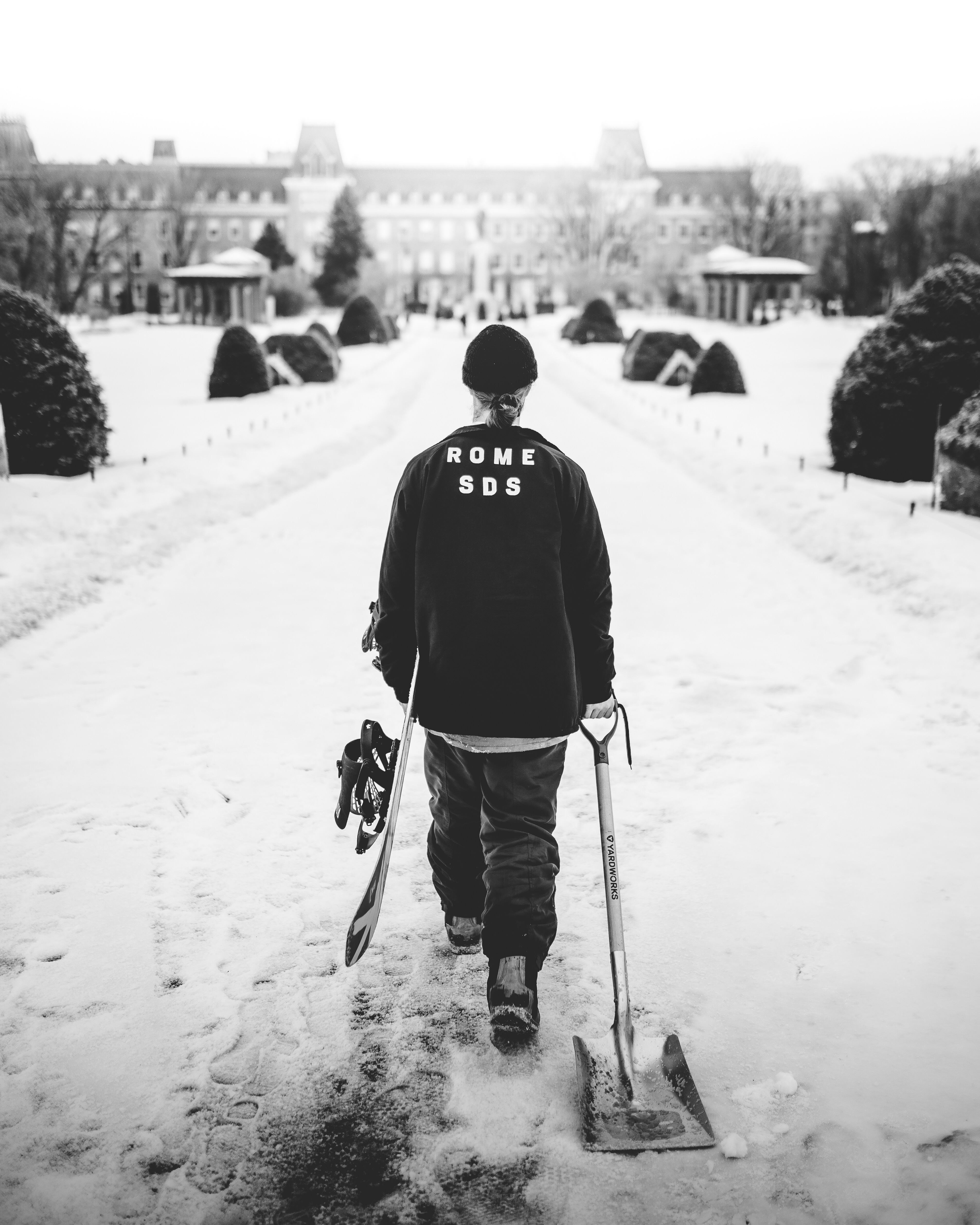 Other shots in the collection