Camp Of Champions closes after 28 Years

This is really sad news to hear, not olny because it is the end of an era and a camp that carved the freestyle snowboarding talent from all over the world over the past 28 years but also the scary reality we live in that is the reason for its demise...Global Warming. The huge deterioration and rapid deline of the Horstman Glacier.

With only a week before the first camp was due to start the founder of Camp Of Champions, Ken Achenbach has had to annouce it will not be opening at all due to insufficent snow levels. 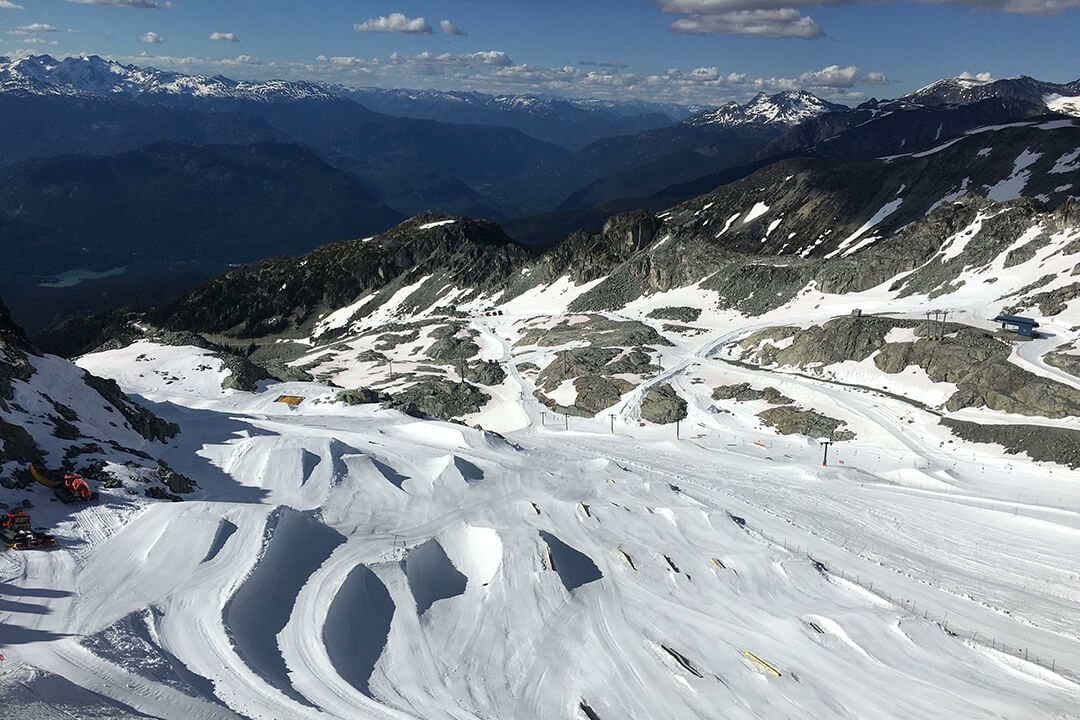 Here is a very heart felt letter from Ken explaining the details of termination:

One day seven years ago, when my daughter Kaia was 5 and her sister Caprii was 3, Kaia looked up at me and asked, “Are you the boss of camp?”

Creating and running COC was the job I was born to do. My dream was running COC until I was 100, but since that day, my dream changed to running COC until Kaia was 25 and then watching her and her sister carry on my tradition, be the bosses of camp and help snowboarders and skiers live their dreams. I wanted camp to be like Mt. Baker. A multi-generational experience that is second to none.

On May 31st, we received an email from Whistler Blackcomb stating, “It may look like there is plenty of snow to use on the glacier but in reality this season’s snow pack is not very dense and is full of air. When this snow gets moved and the air escapes it makes for much less snow than meets the eye. Keeping snow on the glacier will prevent melt, therefore regulating jump size is very important.”

Once I received this email, I knew that we weren’t going to have enough snow to build the park we’ve been promising everyone all winter. Whistler Blackcomb never said, “There is less snow than meets the eye” before, even in the worst of the drought years. The predicament I find myself in is nature’s fault, not Whistler Blackcomb’s. This year’s snow pack is less dense than usual because we enjoyed such a long cold winter. We didn’t get the wet cement spring snow that builds the snow pack we count on. During the snow drought years of 2014 and 2015 we started with more snow than we have now and barely made it through two weeks. For 2017, there isn’t enough snow to build intermediate or expert sized jumps. A huge portion of our campers are intermediate / expert level riders, and a park without those features will leave them unsatisfied. It wouldn’t have lasted to the end of the camp season either.

You say to yourself, “Whistler just had an amazing year! How is this possible?”

Every year, the final pitch of the Horstman T-Bar shrinks more and more making it harder and harder for Whistler Blackcomb to maintain. The giant pile of snow connecting the glacier to the top of the lift and the glacier itself is melting. This has accelerated over the last 4 summers. To give you an idea of how much melting has happened the last few years, in 2015 alone the glacier lost 35 vertical feet of ice. Last year, the entrance to the entire glacier had to be moved 40 feet lower. Campers now load on the T-Bar 3 towers up the glacier from where we loaded in 1989. The rock I used to sit on to do up my bindings in 1989 is 140 or more feet up the cliff wall above the camp park. Whistler Blackcomb spends an incredible amount of money and puts in an exceptional amount of work keeping that lift safe so people can ski the glacier in the winter and camps like us can operate through July. They installed snowmaking two winters ago to help build up the snow pack. They farm natural snow in the area where our summer park is and push it to the T-Bar to build up the track. Despite this, the T-Bar couldn’t open until mid/late January this winter because so much new natural snow was needed to rebuild the track after the last 2 seasons’ melt. Unfortunately all this work to restore the T-Bar’s track combined with the surprisingly airy snow pack has left us with the least amount of snow we have ever had to build our park with. In a nutshell, there isn’t enough snow to deliver what we promised. For this to happen after such an exceptional winter makes this news even harder to take. I thought we’d turned to corner from bad snow summers.

I’ve been in a daze ever since I received the email and have spent the last week trying to figure out what to do that is the best for you, the customer. It’s not Whistler Blackcomb’s fault. They excel at ensuring their customers and COC receive an exceptional experience and they have always delivered. Simply put, it’s the effects of global warming. I wanted to give you an exceptional experience, and now I can’t. I haven’t slept in a week. After 28 years my dream is over. Honestly, I want to crawl under a rock. I feel like I have died. Camp is my life.

As we can’t build the park I promised you, a park that would make your investment of time and money feel like it was well spent, I refuse to let you fly and drive from all over the world to ride a park that wouldn’t even be worth driving from Vancouver for. I have to do the right thing and take it in the teeth. I wouldn’t have been able to look you in the eye when you got here and then asked, “Where is the park in the photo” “Where is the park you promised me?!” The worst of all would be, “You should have seen this coming! You could have at least told us there was no snow!” As painful as it will be for everyone involved and as life shattering as it will be for me, I have to take the only honorable option that is open to me, even if it means the end of The Camp of Champions and my reputation. That option is for COC to declare bankruptcy so that everyone gets a refund. This is so far from what I ever wanted for camp but global warming has decimated the glacier and our ability to run a summer camp. Closing now and dropping this terrible inconvenience on you breaks my heart. I dread thinking about the plane tickets, the booked holidays, the headaches and heartache I’ve created for you and worst of all, wrecking your kid’s dream summer. I can only imagine how hard they worked at school to earn the right to come to camp. I know they have been counting the hours and days until camp starts. All of this and the inconvenience I have created for you have made me sad beyond words.

Every day I receive emails from campers, coaches and sponsors saying how stoked they are for camp and how they are counting the days until camp starts. Those used to provide me with so much joy because I still wait as rabidly for camp as campers do. Now they absolutely crush me. The only consolation I have is that by taking action quickly and closing now before our June registration rush is that less people will have bought their plane tickets and it will lessen the total amount of people affected, while giving you more time to make alternative plans. Please don’t be mad at my staff, Leo or Gord, they didn’t know about this at all. I’ve wrecked their plans as well as yours so please email or call me to vent, instead of contacting them. The word “Sorry” doesn’t even begin to express how I feel right now.

In the next day or two, by Monday at the latest, you will receive a letter and form from the receiver that you can forward to your credit card company to obtain your refund.

If you would like to contact me to vent any frustrations, please do. I’d be more than happy to talk to you. All I ask is that you please wait to call until Tuesday, by which time you should have received all your paperwork from the receiver and I have myself a little more together. If it’s an emergency, of course call me any time. My contact details are [email protected] or by phone at 1-888-997-2267

Sorry for letting you and your family down.

Alaïa takes over the management of Crans-Montana snowpark