It's hard to track down Victor De La Rue as he spends most of his time shredding, climbing and flying off the gnarliest mountains on this planet. So when we heard he was going to be at the Ski and Snowboard Show in London these past couple of days we made sure to head over there ourselves and managed to find him lurking around The North Face shop/chill out area and had a little catch up.

So I think we last saw each other about this time last year at HOV and I was asking you questions about Frozen Mind Movie. How have you been?
Since a year ago I’ve had a bunch of changes. I tried competing more in snowboarding which I’ve never done before. I was more into making snowboard movies. I was really happy with my last movie Frozen Mind so I wanted to have a new challenge and so I joined the Freeride World Tour.

Have you been working on any new big video projects or just a selection of smaller projects?
So I was doing competitions but between that I was still filming for a few different things. I wanted to do something different so I was posting clips on Instagram the same day as they were filmed which I called #ItsFreshandRaw so you can check that out. Besides that, I did a trip with The North Face to Canada, and we made a movie called Defiance which will come out on November 6th. We are also premiering it here at the Ski & Snowboard Show.

So where has the winter taken you?
I went to Japan for a while and then to Chamonix and travelled to all the Freeride World Tour competitions then to Canada for a couple of trips before going back to Chamonix for another month and a half.

Not been at home much then?
Ha a little bit, not too much. My girlfriend was a bit pissed.

You joined the Freeride World Tour last winter, first time competing in quite some time and……you won! How was that?
Yeah it was really cool, I met a bunch of new people and it was a different aspect of riding I didn’t know before.

How many stops did you compete in and how many did you win?
I competed in all of the stops. The first one I fell, but I then won the second and third stop and then the fourth one I came second and then the last one in Verbier I got third.

Also you’ve been catching some mad airtime paragliding a lot. Either off of mountains with your board on or just running off mountains. Is this something you’ve always been in to?
I haven’t always done it but I love it so much since doing it the past two years, I’m so addicted. It’s so fun to be able to fly and it brings you so many opportunities. For example you can do a run with no way out because it’s on a hanging glacier but you can just ride it and then take off! You can escape from a place that there is no escape. It’s also so nice to see a place you know or don’t know from just a different perspective. It also doesn’t take much room in the backpack, I’m actually about to buy a new one that is less than 1 Kilo.

Also spending the summer climbing some crazy ascents?
This summer was one of the best I had so far. The years before I was working on my house but now that is finished I just enjoyed the summer full on and just went on adventure after adventure. I learnt so much about being in the mountains, improving my climbing and rope techniques which will help me some day in my snowboarding. It makes me fit, I’m outside, I love it.

OK, So The North Face have just released their fabric of the future, the ultimate outerwear material FUTURELIGHT. Have you been riding in it all last winter? How has it improved your riding experience?
Yeah i have been riding in it all winter and it’s really good. It’s got really good stretch to it and lightweight so you can hardly feel it on you. Sometimes if you have Gore-Tex on you can feel it can be more restrictive. Also the breathability is really high so you don’t have to ventilate as much. So it’s just a jacket you have, and think less about it and can focus more on your riding.

Ah, that good stretch is handy, now that you’re putting on some weight? Hehe, jokes.
Ahahah, yeah I fit into it no problem! 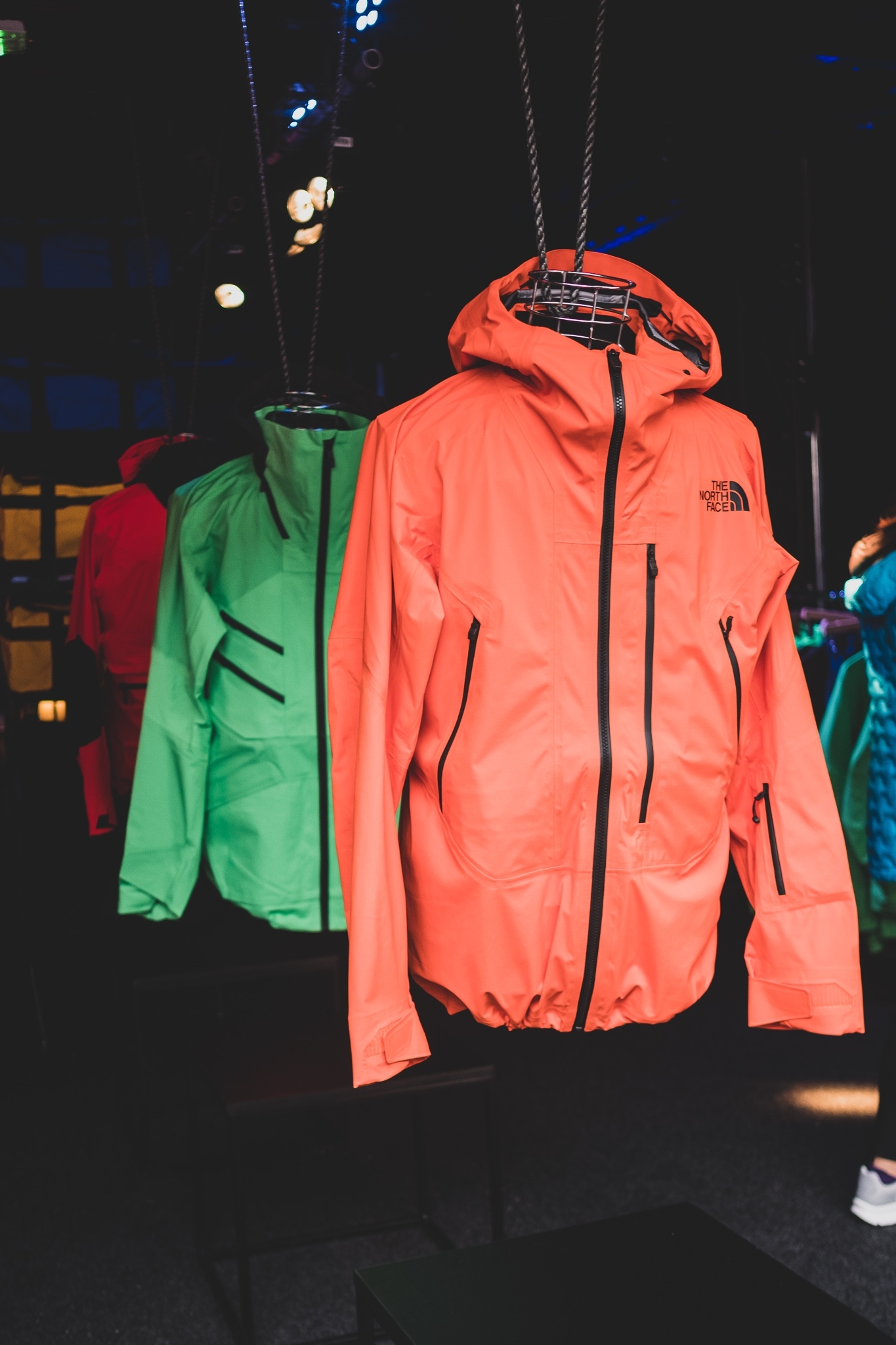 You went on a trip with Jake and Leanne right? How is it riding and hanging with everyone at The North Face?
Ah it was epic! We went to British Columbia and we had sick conditions and filmed the new movie Defiance produced by Sherpas Cinema. It’s really cool, a bit different to what we are used to, the editing is quite different. I was really excited to make a movie with Sherpas, it was a dream of mine since forever and this year it just happened.

Do you have a favourite piece from the FUTURELIGHT range?
Yeah i just wore the orange jacket all winter (A-Cad Jacket) with the bib combo.

Does it perform better than a North Face Puff jacket? Hmm
Ah, I’ve never owned one of them, they’re a bit more trendy, I’m not very trendy haha.

What crazy shit have you got planned next?
I’m actually off to Morocco for 3 weeks in 5 days, having only just got back from a trip in America climbing and paragliding. Just going with some friends to do some more paragliding and surfing. After that it's back to France to get the winter season under way and I’ll be competing in the Freeride World Tour again.

Visit The North Face website for all the info on the FUTURELIGHT Collection HERE.