The world famous “Sapporo Snow Festival” had started, and artists from around the world were in town to carve the most beautiful collection of ice sculptures on the planet. After a month in the Powder Prison with Gigi Rüf, Victor Daviet and The Pirates - John Jackson and Sean Kerrick Sullivan were going stir-crazy and were ready to let loose in a major way. They like snow, and they like festivals, and then the walls started to melt. 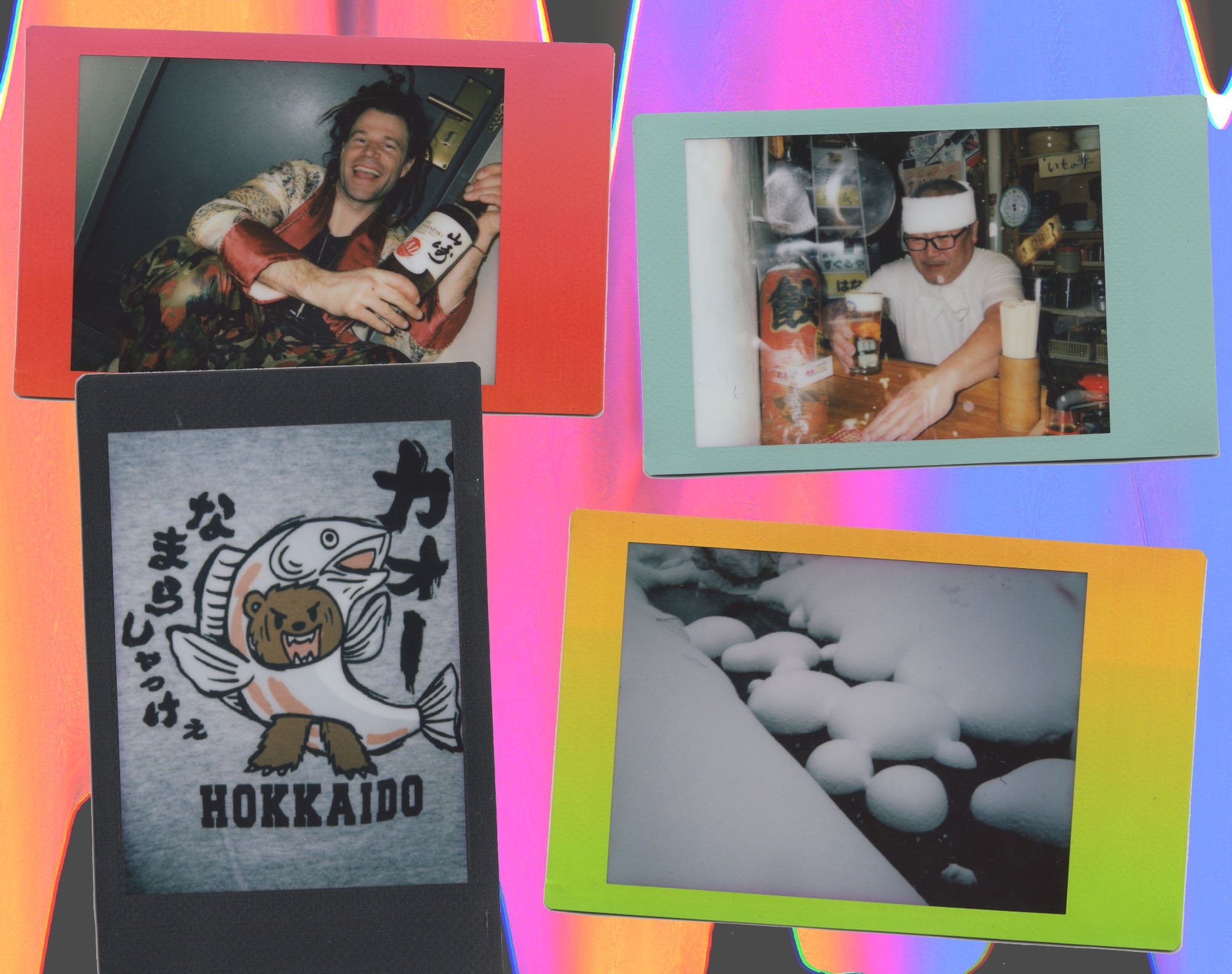 I had been playing with a polaroid camera the whole month to help my sanity. I shot the craziest image of my life in Zanshin bar in Sapporo… a double exposure Mizuki Gondo and John Jackson. It was visually insane, but the subject matter was just as crazy.  Everyone knows John is one of the best backcountry snowboarders of all time, but we saw Mizuki ride in person the day before, and John and I agreed that she might be the decade younger, female, Japanese version of him. The significance of them melting together in a double exposure wasn’t lost on us. When it had fully developed, the whole crew examined it, and it really was that powerful. The walls around us started to move. Everything was warm and funny, and within ten minutes, John lost the polaroid. 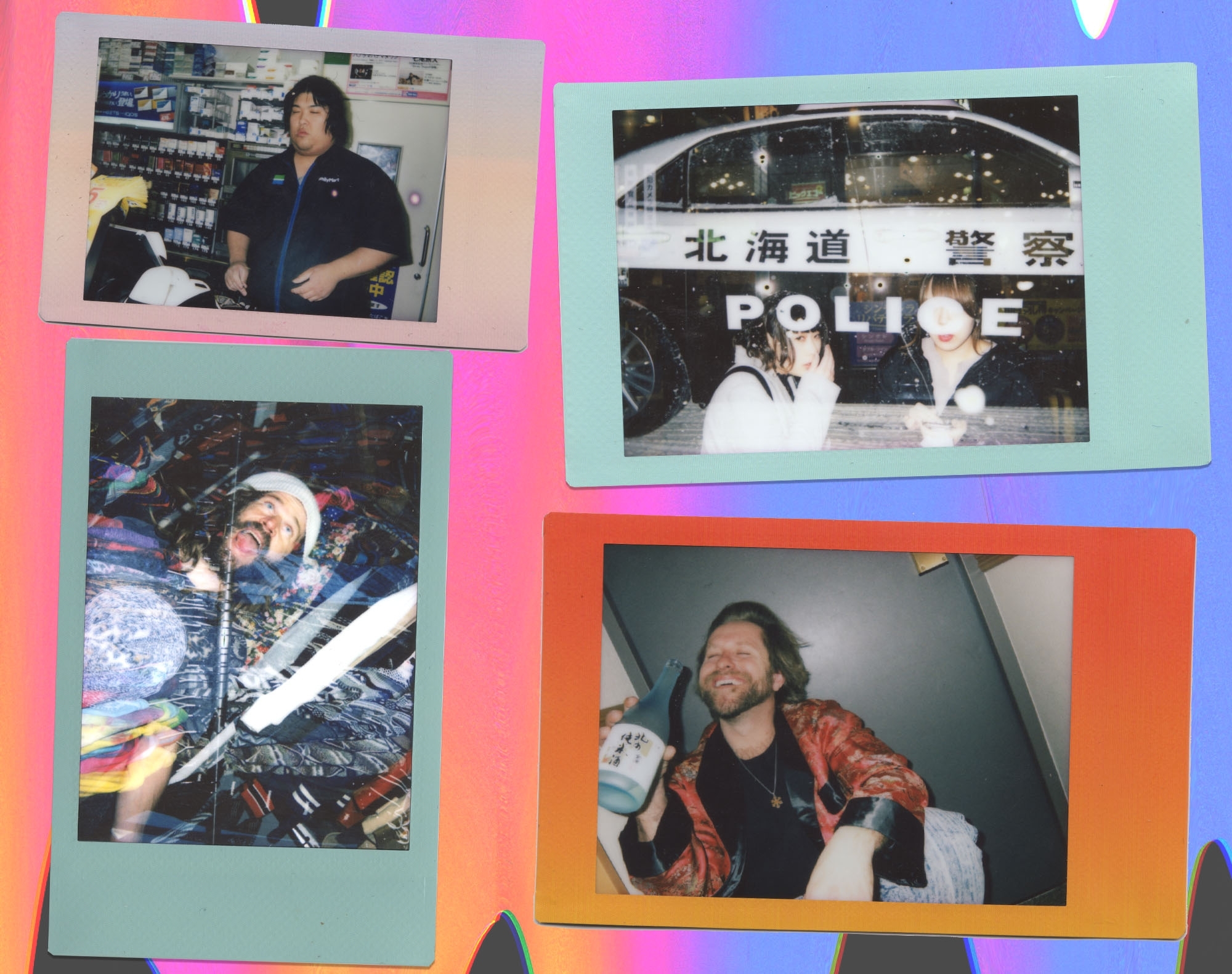 We’re navigating a snow-filled alien metropolis looking for a lost photograph, penetrating a psychedelic maze built of neon and holographic humans and cartoons. Somehow we had been let into one of the many “Japanese Only” bars in Saporro, we told the doorman we were on a quest for the world’s most precious polaroid, but why he actually let us in we’ll never know, but I do know we weren’t fooling anyone into thinking we were Japanese with our outfits… or maybe we were. “Blend in, blend innnnnn….. be cool, be coooooool.” The man I stood next to is best be described as the Japanese Ace Ventura. Untied combat boots and camouflage Korean warlord pants were paired with an executive length kimono, which was flowing from beneath his puffy coat… it looked just like the tutu Jim Carrey was wearing when he escaped from the mental hospital. I wasn’t blending in any better… my acid washed Bengalese boy band jeans were glowing under the backlights, and the gold needlework on my 60 year old blood red kimono was pulsing under the lights of “Club Addiction”. The polaroid wasn’t in there, but it was worth a look, plus the dance floor was devoid of gravity and the bathroom hallway was moving in an aquatic manner. We spent the strangest night of our lives looking for the photo in clubs, elevators, restaurants, grocery stores, under police cars, 7-11’s, and on top of ice sculptures, exploring the city while laughing our asses off. 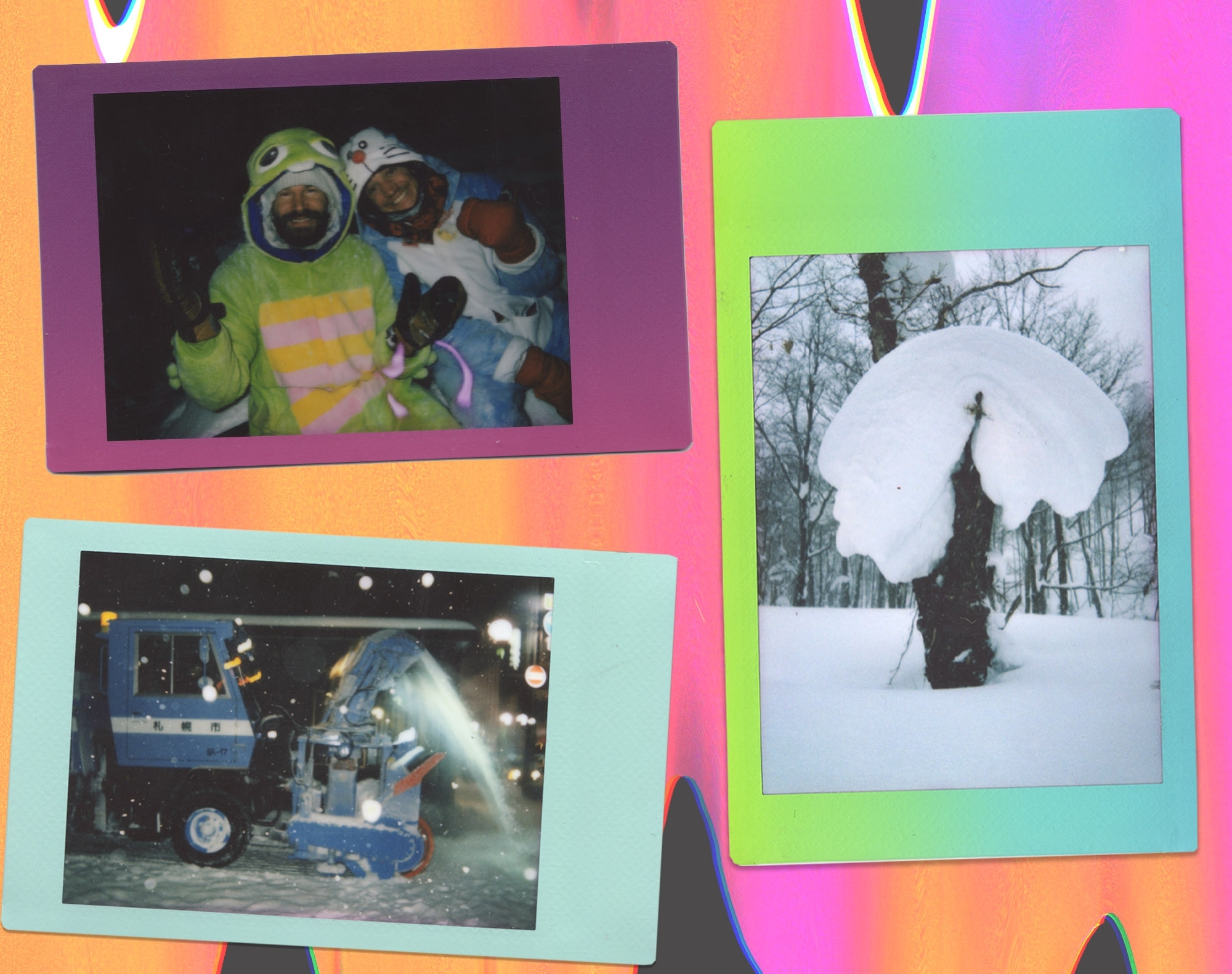 As dawn made the morning fog glow, we gave up and went to our hotel. We exited the elevator on the 15th floor and emptied the contents of our pockets on a windowsill overlooking the city. A 50 foot tall mechanic crab advertising a restaurant looked small below us (it was our primary navigation landmark, go left at the giant crab) and the deserted streets began to fill with people and cars. Hundreds of polaroids came out of our pockets, cash, coins, snacks, but THE polaroid was nowhere. It was lost forever somewhere in the urban jungle. I tried to hide how crushed I was. I told John… “I kind of hate you for loosing that photo, but… dammit, I love you man, that was the most fun I’ve ever had.” As soon as I said those words, THE polaroid appeared in his hands, and he hugged me and told me he loved me too. Fucking prankster. We both looked at the polaroid in silence for a long minute. We had flights to catch and lives to get back to. When we looked up, the clouds had broken, and we gazed out at the first blue sky we had seen in a month. 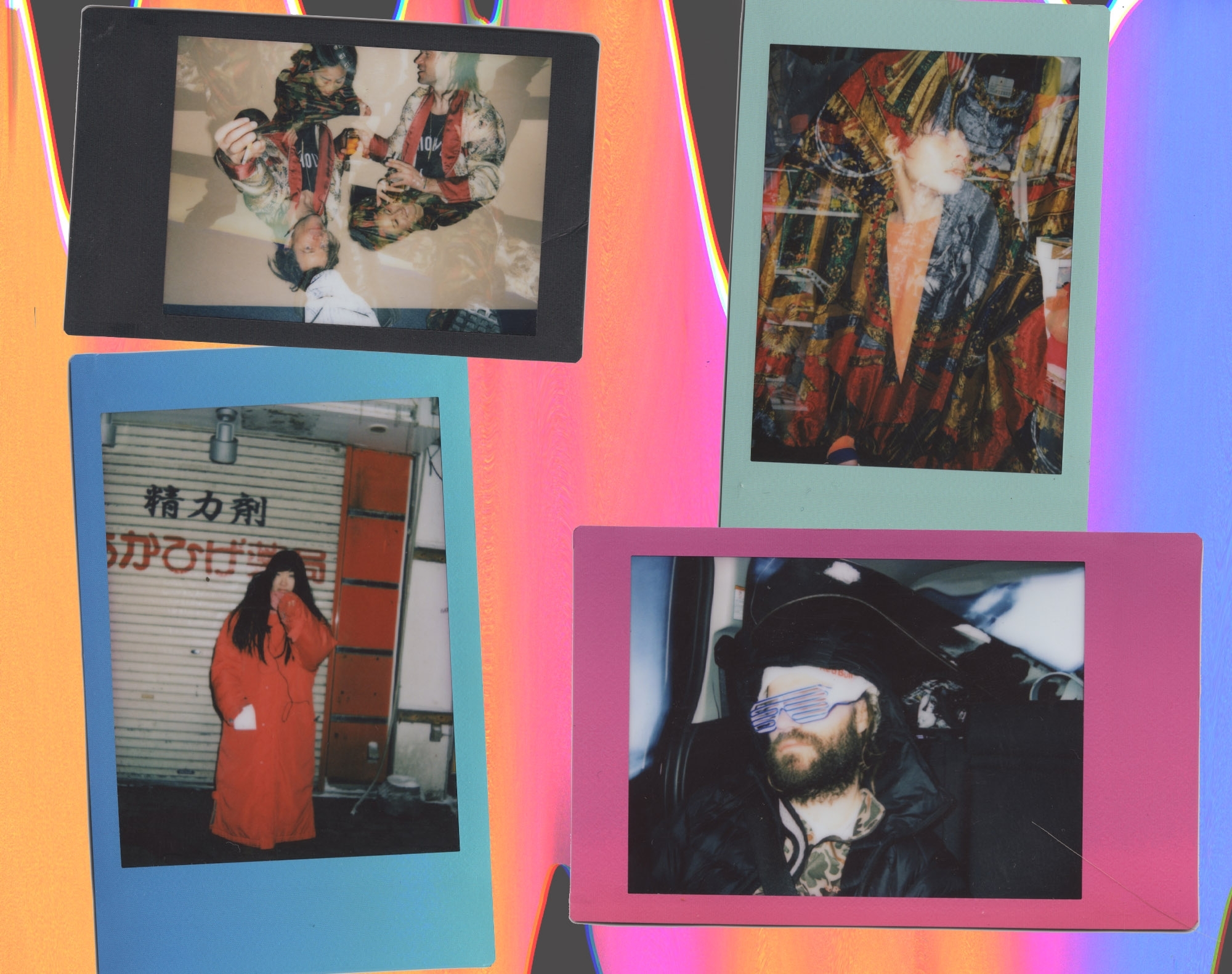