Coming into land over frozen seas. White ice patchworks glinting. Sunlight dancing on car windscreens. Open expanses of untouched blankets. Evergreens standing proud, a strangely inviting contrast. London can be a grey existence of mediocre weather in the winter. Shut down by 10cm of snow. Helsinki gave us it's best. And showed us how to handle the cold properly.

Checkerboard tiles in the hotel lobby. Horses with lampshades on their heads. Marble staircases and waterfall showers. All the good stuff. Helsinki at night. Boats locked by ice into harbour walls. Giant ice cubes left over from the swimming hole. Mad young girls dipping a toe into the frozen ocean. Scaffolding lit up like Titanic icebergs. We go back to the warm hotel for dinner with wine. Aperitifs in the hotel lobby. Guests wondering what all our fuss is about. We say Vans, 'style is everything'. But these Fins already have it in spades. 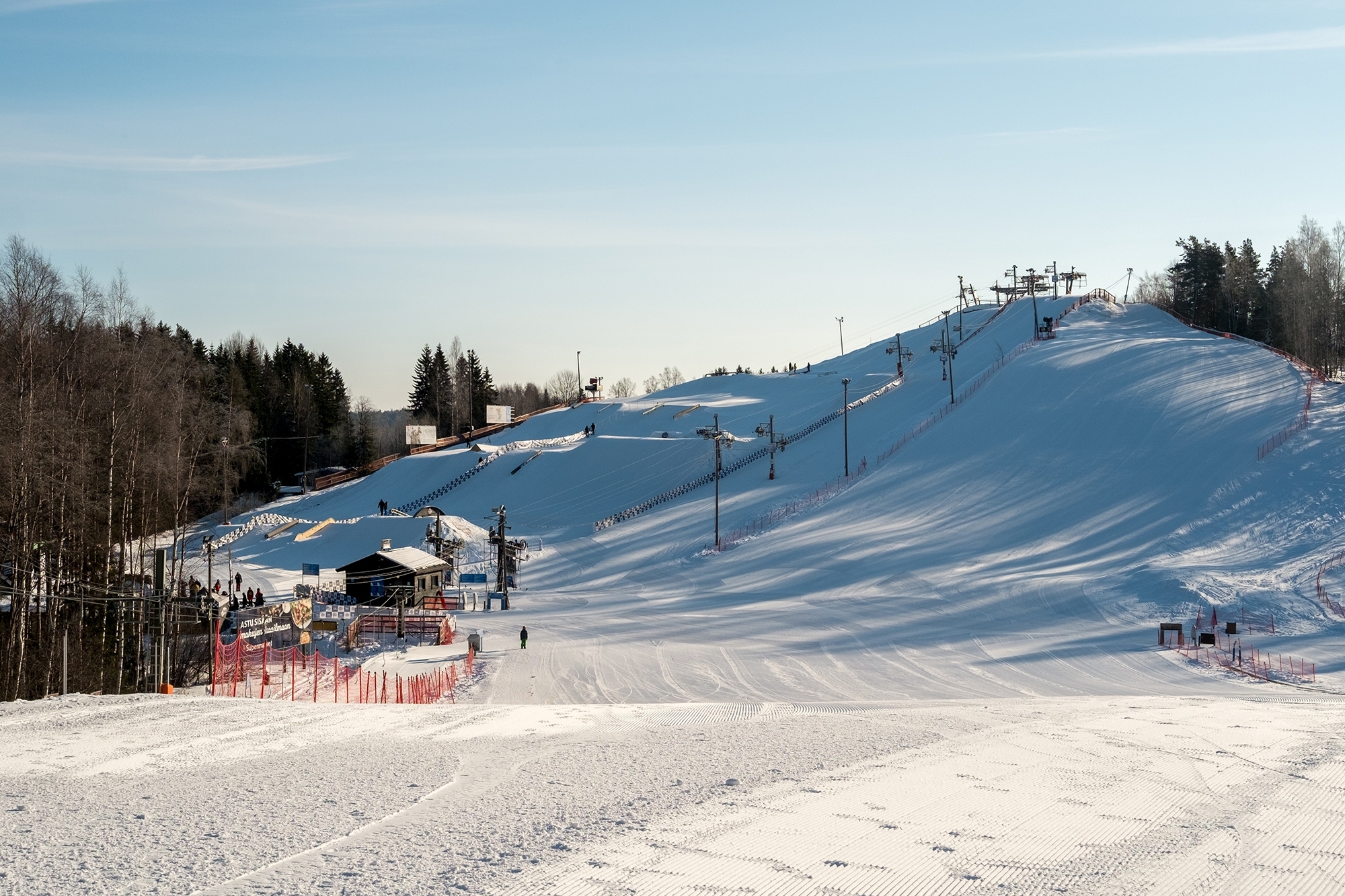 Full on breakfast with everything you could ask for. To Talma Glacier in a coach booked for 45. No more than 15 of us. Early birds vs European airport closures. Crisp, clear skies and invigorating breaths. 5500cm above sea level. Minus 16 so your phone shuts off. A double time drag lift filling up fast. Too many kids to count, all sending it. The standard was indeed high. Larrogs on the mic without a filter on his brain. Heiki, Benny and Joni sitting on the knuckle calling out when a trick earned some dough. Antti and Will passing out the cash as the jumps took a beating. Locals and pros lapping together. Mad flow and hectic lines through the park. Echoes of laughter and shouts of pure joy. 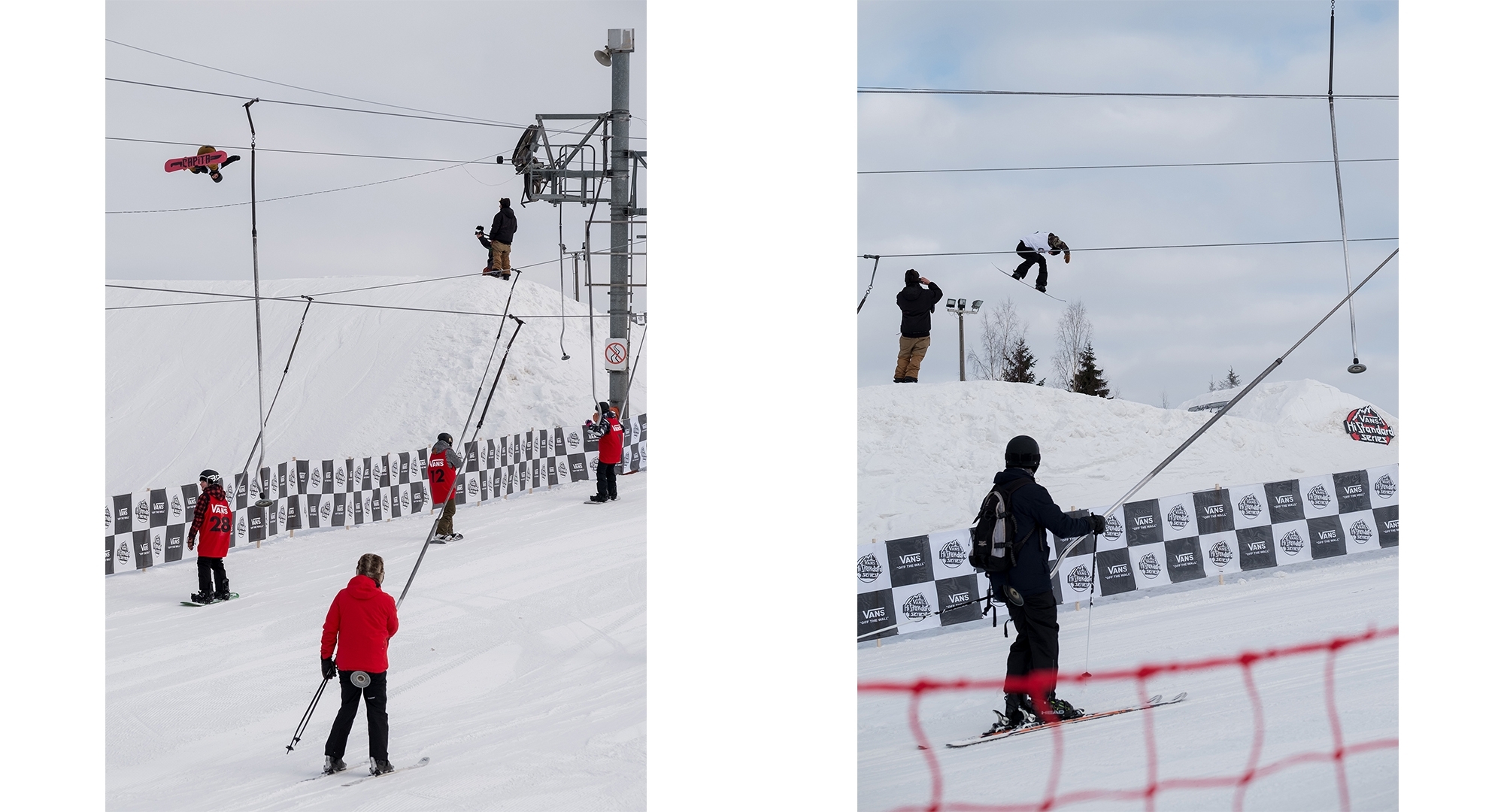 Nothing over a 720. Style is what counts in this session. Young competitors bibs too big, touching highbacks. Tweaked grabs across the skyline. Local parents watching in awe as they prepare for their turns. Talma is a hive of winter activity and it glistens in the sunlight. A perfect location for a Saturday with the family. A definitive example of snowboarding's finest. All wrapped up in cheers and high-fives and claims. The winners crowned. The beers clinked. Hard to call it a day when you want to lap the park all night. A bus home. The footage backed up. The afterparty started. 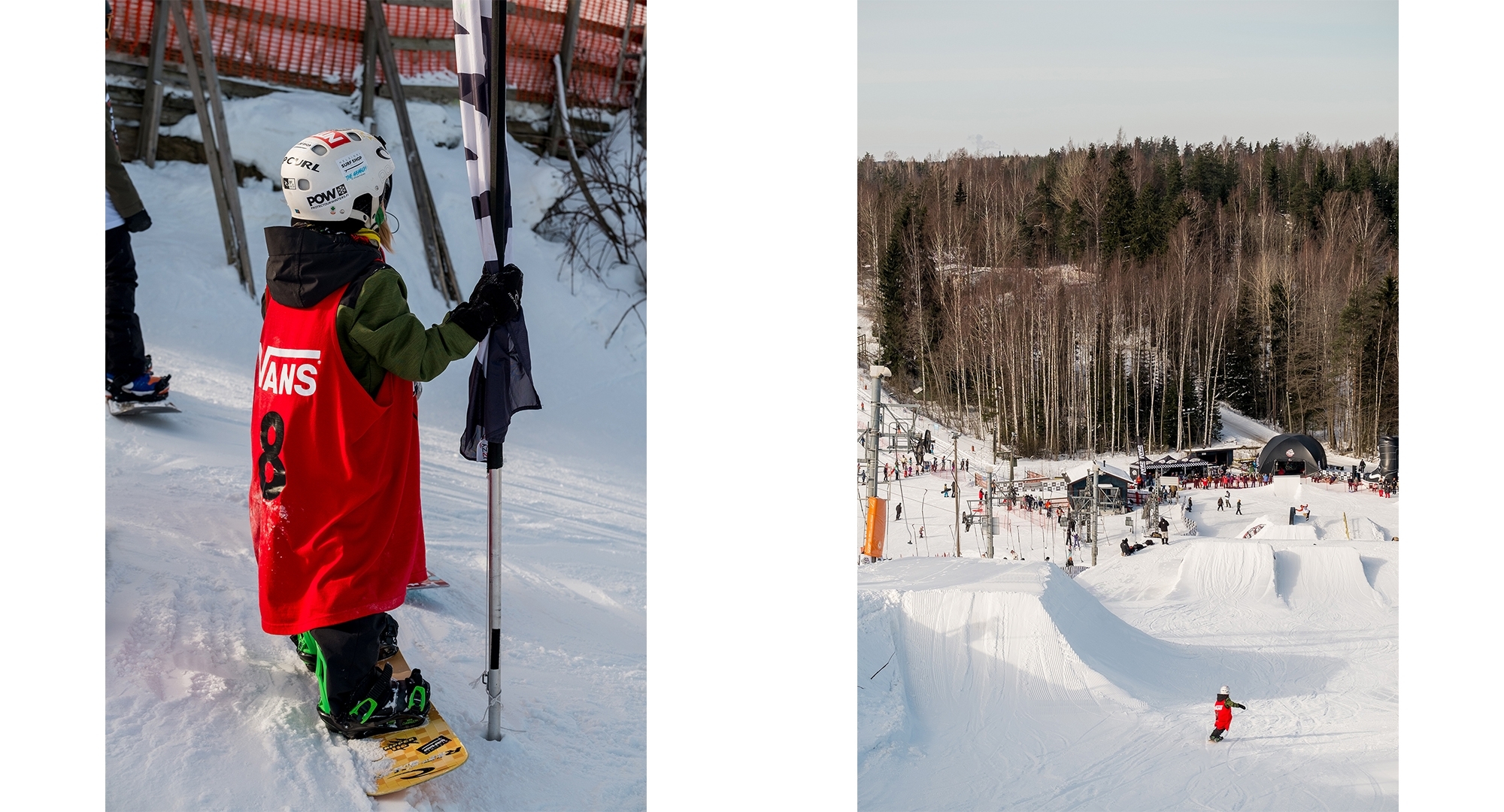 And so the results. MVP Saku Tiilikainen pushed boundaries with back rodeos and rail tricks galore. He's heading to the Grand-Finale in Sierra-at-Tahoe to battle against MVPs from the other stops. Ville Jukola took the title of most improved rider. Front sevens and a relentless assault on the park. The Van Doren Best Rail Trick was an all-out display of Finnish finesse. Kalle Jarvilehto held down a huge back 3 50-50 front 1 out on the donkey rail. Annina Perhovaara claimed the Under-16 Van Doren Best Rail Trick award for a perfect front board on the up rail. Exemplary and original style on every feature. 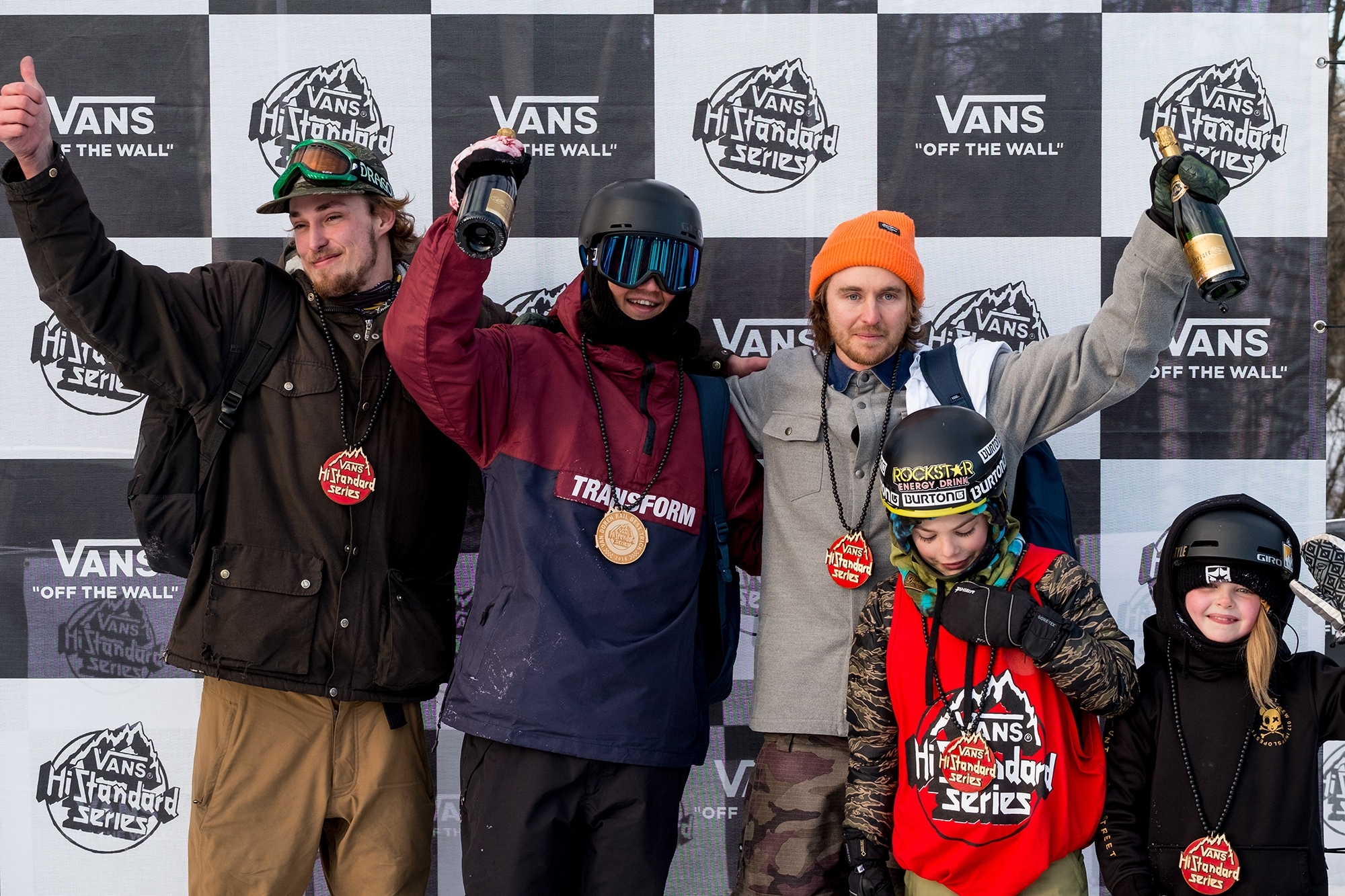 That night sharing plates of delicate fish and seasoned steaks in Grotesk. Plenty of drinks. Helsinki's finest scrapping in the bar next door. Guests taking liberties with every sideways glance. Shivering shoulders smoking. Locals with proper scarves, caps, sweaters, coats. Loosely walking down main streets. Grit crunching below your feet. Vans crew spread across the town. Regroup in the morning for goodbyes while the Vans crew make plans for the next spot. 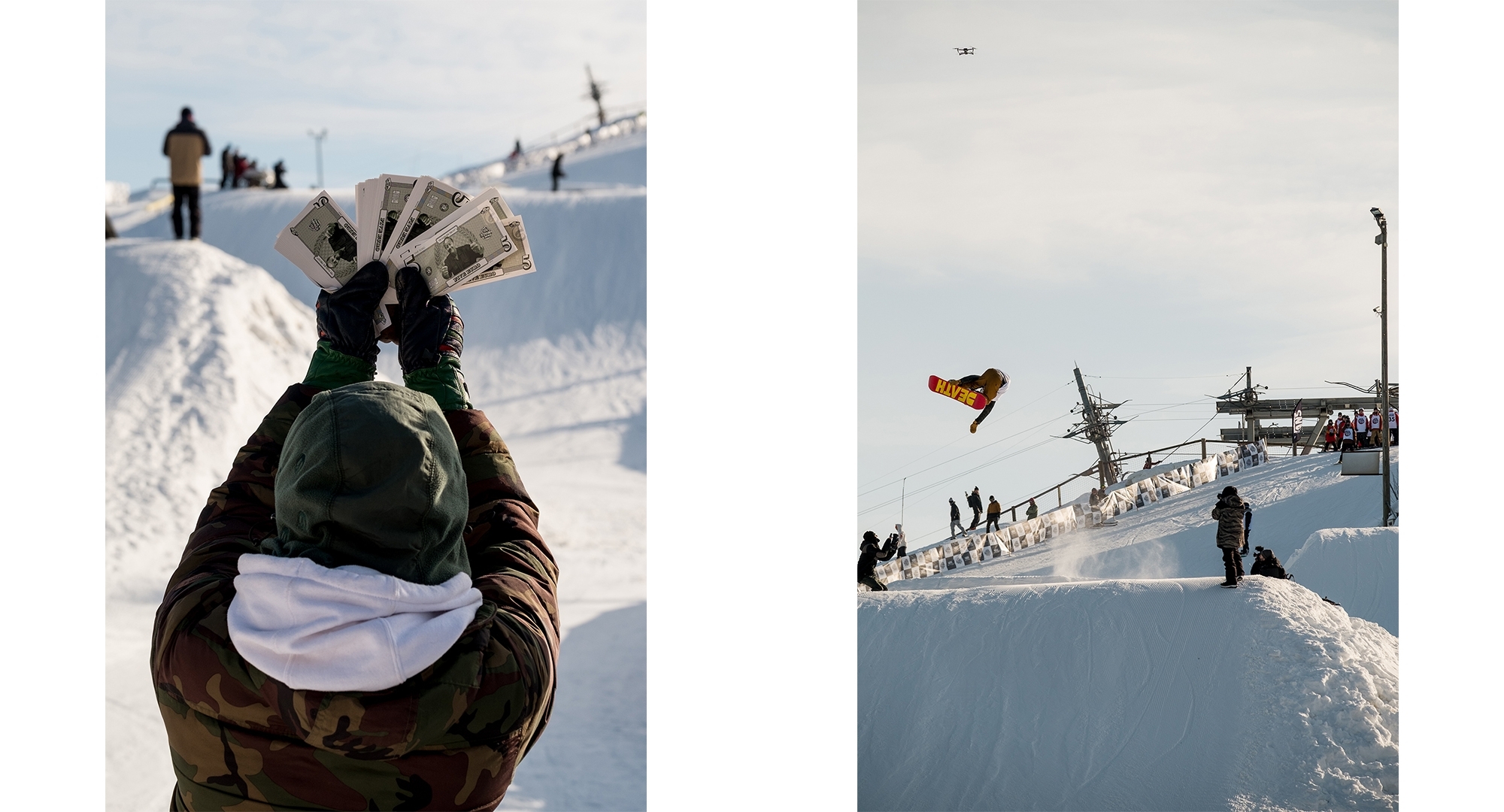 The sun gives us its healthiest blast by way of a thank you. We're leaving feeling thankful for the city of Helsinki and everyone at Vans for the incredible hospitality. How we are spoiled. How we can't wait for the next one. But we have more travels planned across the European Mountains and there's no stopping just yet.