What Do Photographers Do While They Wait?

We’ve already revealed how snowboard filmers keep themselves entertained while shooting – and now here’s the follow up article featuring some of the industry’s finest photographers. Do they think deep and meaningful thoughts while they wait for riders to hike up? Or do they just sweat about their flashes and talk about tits? All is revealed below. 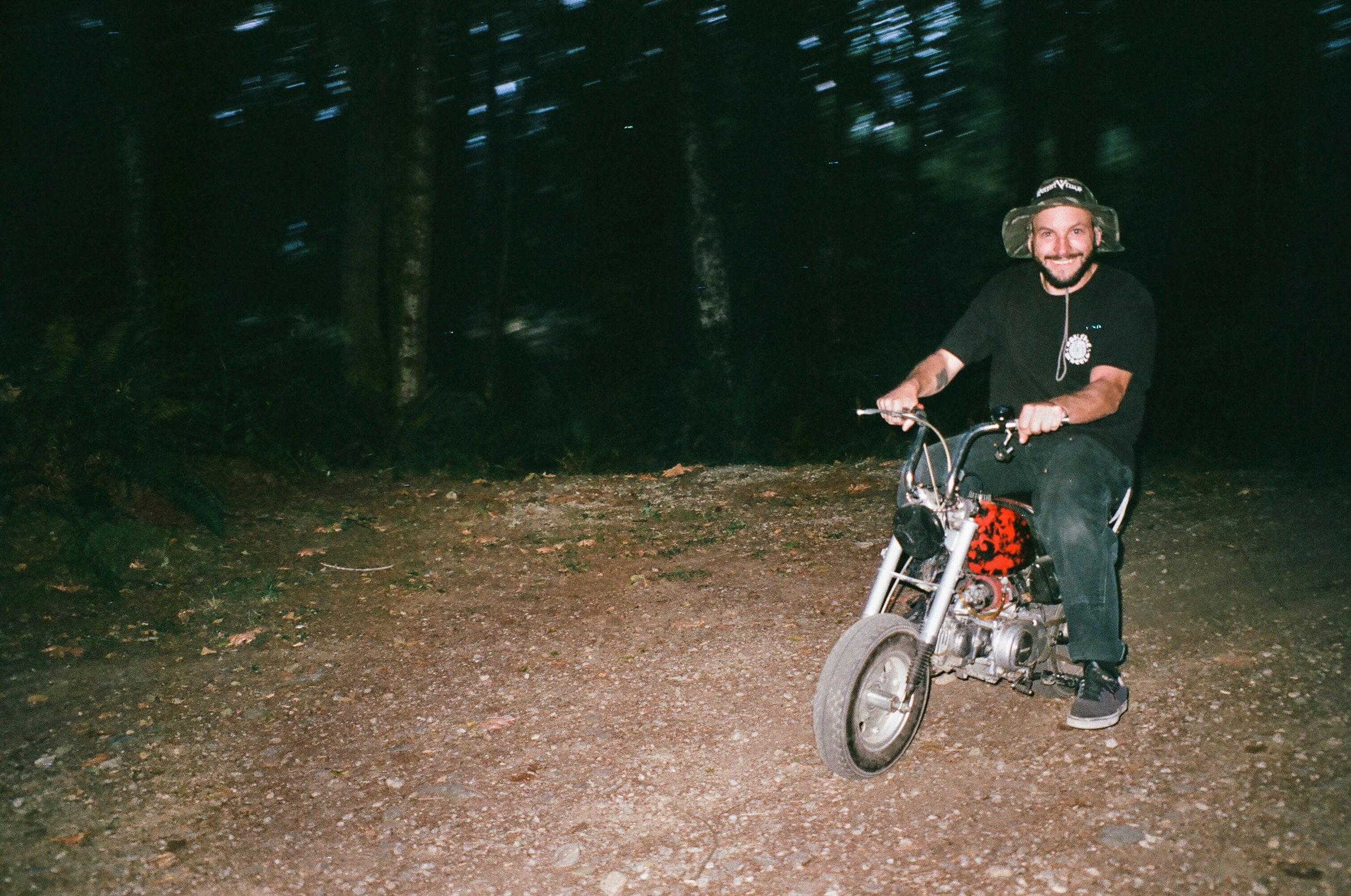 "If I'm in the pow I’ll most likely be hiking around trying to find an angle or I’ll be talking shit with Hayden. Or thinking where am I gonna take a free lap.... in the streets it gets a bit more hectic, I'm usually stressing the fuck out about flashes cos half the time they don't work, or I’m trying to figure out why my timing is sucking.. That pretty much sums it up!" 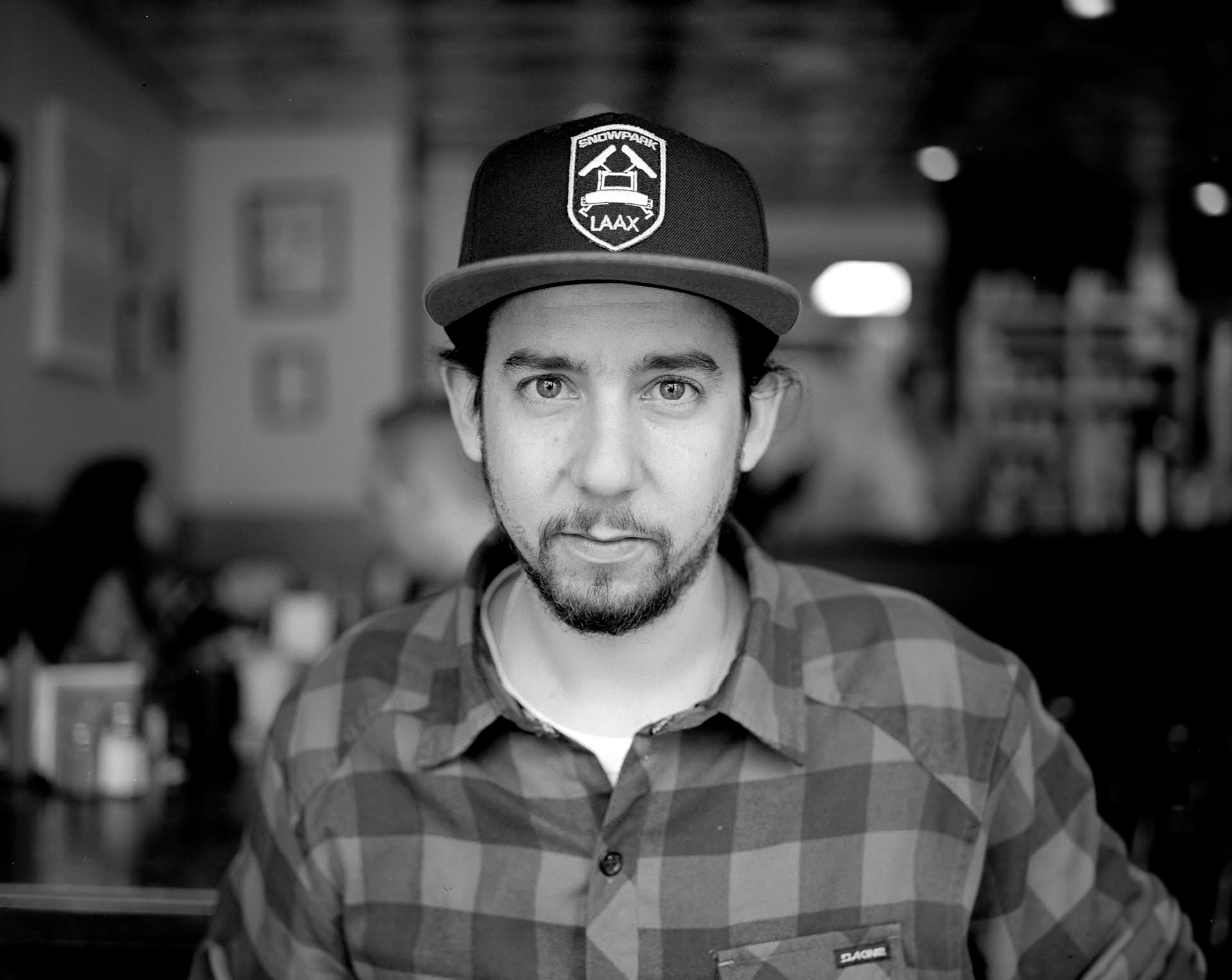 As for many other photogs / filmers it often depends on what / where and with who you’re shooting. In my case, especially in the last few years as I’ve gotten more involved with KORUA, it’s very much turn-based snowboarding. That doesn’t necessarily mean the riders don’t hike, but often times it’s one take and if I or they fuck up the turn / shot, we move on to find the next patch of powder or fresh groomer. In other cases when there’s time to kill in between turns or hits, I like to stomp around in my verts or boots to make a nice even and firmly paved zone, with little paths to the left and right so I have space to move around, and a place put my board and bag down nicely, and so on. OCD kinda shit. I also check on previous shots to see how to improve on angles and settings, or look around and see if I can snag a still-life, landscape, lifestyle or maybe a portrait. Arguing with filmers is always fun too, like who’s in who’s frame and who’s got priority. And smoking cigarettes.. nothing passes time like a good ol' dart. 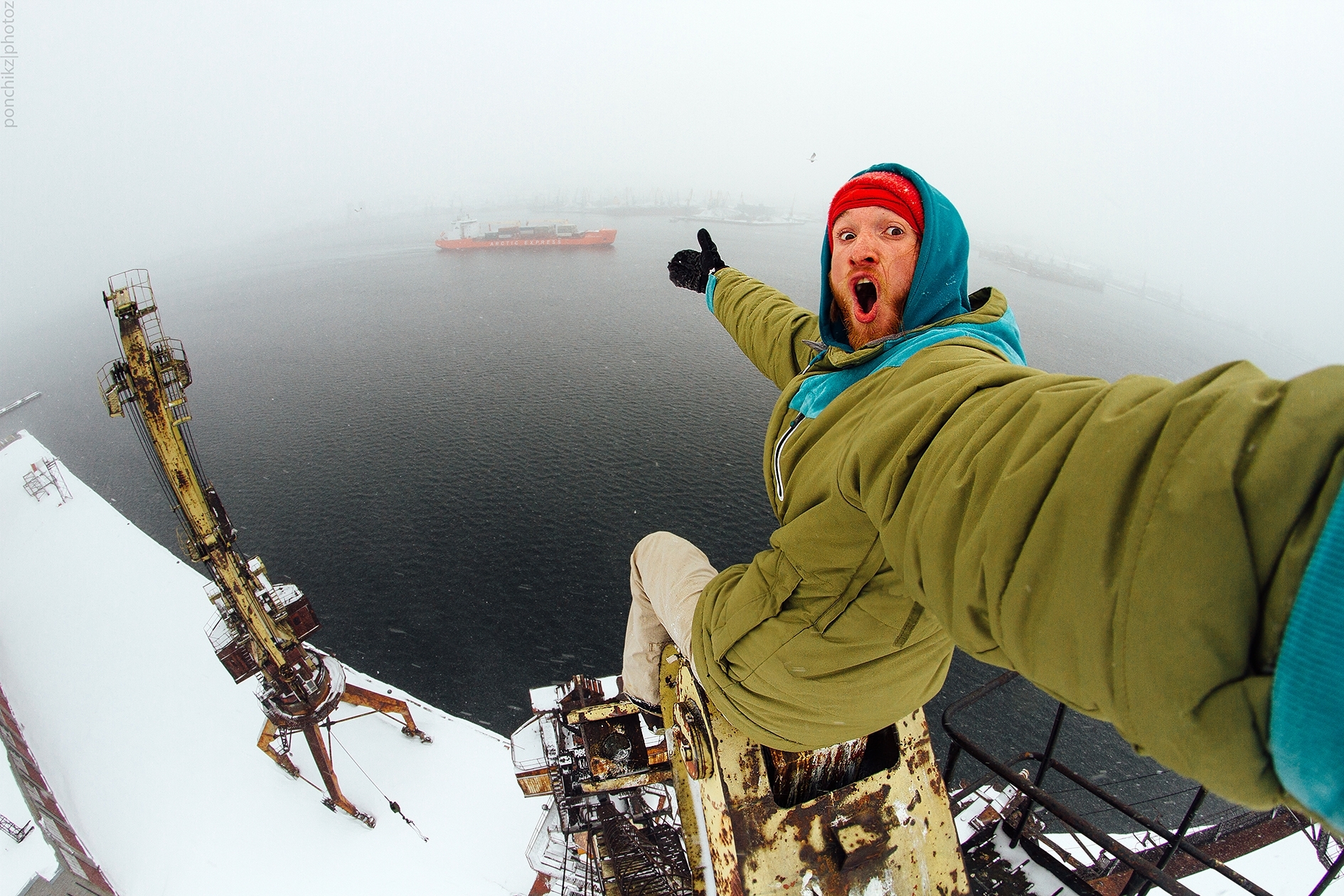 Quite often I help to fix the landing. I feel like helping each other in the crew is pretty important and might be really useful in the moments when you save 5 extra minutes for one more try — that might be the perfect one, just before the cops show up. In other cases I either run as fast as a Tasmanian devil in between flashes to set something up and change the batteries that die quickly in cold temps, or balancing somewhere on the edge of the roof, trying to hold myself and not to fall down, together with getting the most amazing and unique angle. 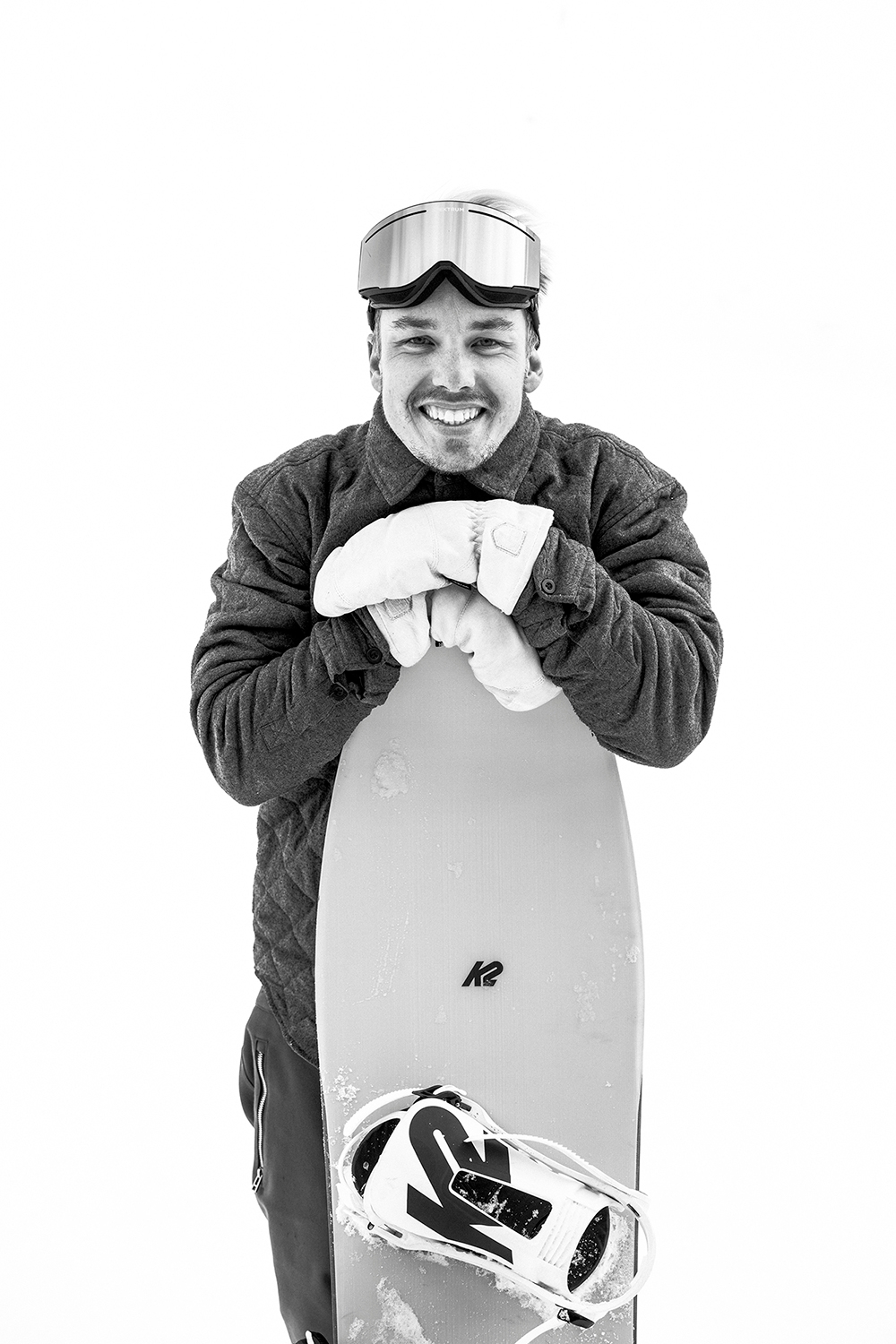 I’ll tell you guys what I do between hits, trying to get those fucking flashes right. All photographers who shoot with flashes know what a god damn hustle it is to get them to fire sometimes. Especially when it's cold. If I'm not fixing flashes I'm yelling at the riders to spin less and tweak more!

Depends on the spot, or if the session will be street or BC! Also depends if it’s a relaxed session, or if I need to nail the shots directly in the first couple of tries. So after the first try I will think about angles, and if I’m really happy with the previous photo I will try to move to another angle or switch cameras. Also shooting lifestyle and try to be proactive on some potential photos that brand or magazine would like. That’s for the serious stuff… other than that snaking, talking shit (a lot), thinking about summer, keep moving and getting warm…

But girls and crazy stories are by far my favorite things to talk about. Also asking filmers annoying questions about their cameras, and asking them if they think they have the right angle. 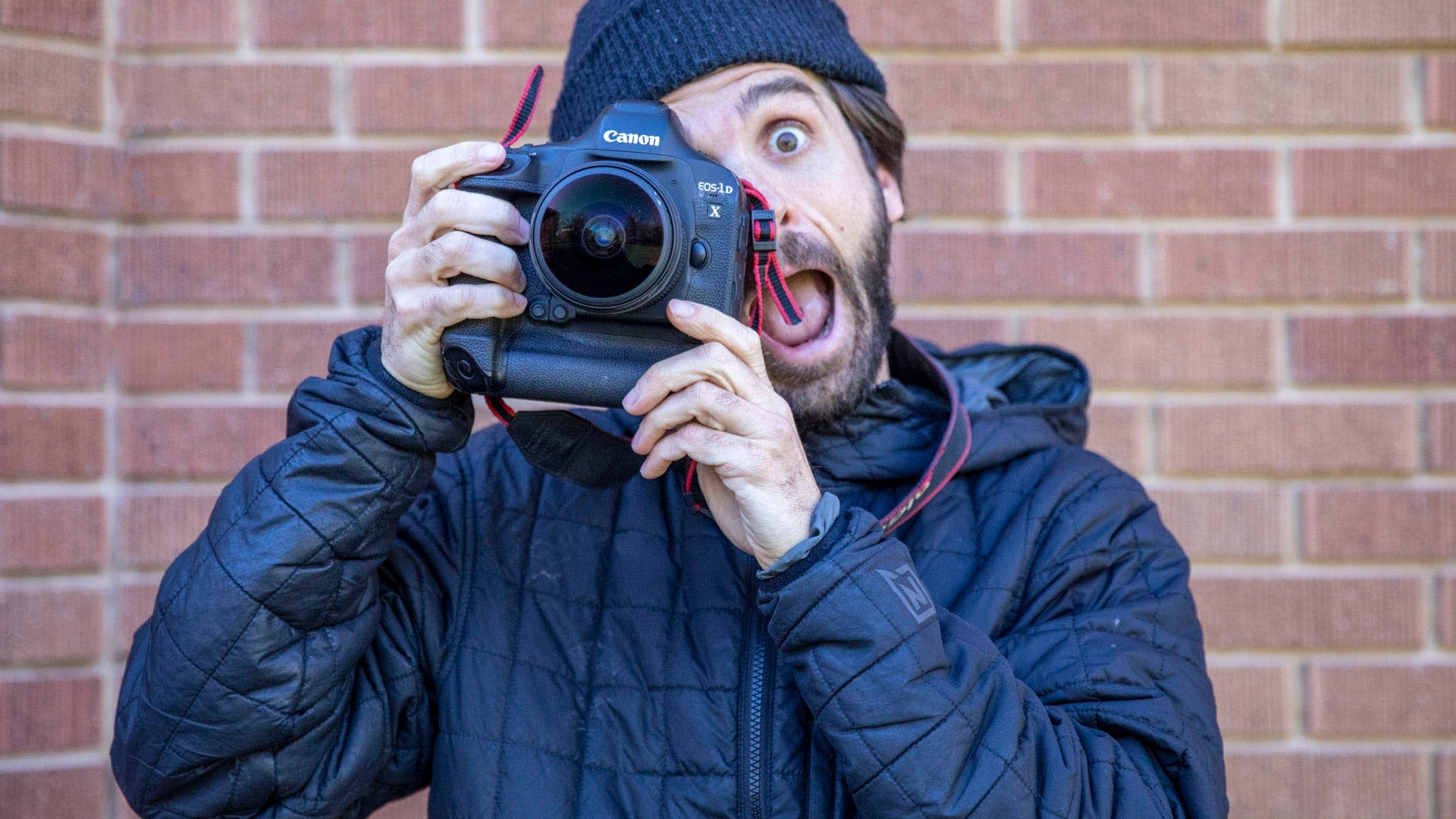 How do I spend my time in between tries? That all depends on what I’m shooting. I feel like I really shine in the streets because you just stand around and talk shit. I have great jokes and I keep everyone entertained the entire session… at least that’s how I see it from my perspective. If the flashes aren’t working which happens probably 70% of the time, then you spend your time running in circles like a chicken with it’s head cut off.

Backcountry is much of the same. If I'm building jumps and I have an audience I try to win them over with my personality, because we all know they’re not calling because of my photos.

Splitboarding is probably my least favorite to shoot... You’re always walking and are out of breath. This usually ends with people waiting for me at the top and little to no banter while shooting. Don’t get me wrong I like split boarding in itself, but no human interaction is hard.

In hindsight I guess I’m really just shooting photos for the banter.

Sadly It really depends if we have an Internet connection or not. If we have, obviously I’m gonna start with Instagram, then mails, then the news, then maybe Facebook and repeat. After a little while wasting my time on the phone, if in the streets I will start moving around to take photographs of wires, birds, window reflections, buildings etc. or even building up a pile of snow. If in the backcountry I’ll do the opposite, as Pirmin mentioned in your last article, which means digging the deepest hole. It keeps me warm, fit and entertained while riders are hiking up. I’m also very good at taking power naps, just for a minute or two, when I’m done with everything else. And last but not least if I’m super super bored and the hike up is taking forever I might just fly the drone to spy other crews, shoot tracks, snowy trees and liftlines.