Last month (before the world went totally insane) the Yawgoons made the jump over the pond to Switzerland. Vans had brought Marcus Rand, Dylan Gamache, Brian Skorupski and Brendan Gouin aka Dr B out for the Laax Hi Standard. They were also shooting a few last clips for the next instalment of their always highly anticipated series - Yawgoons 22.

These guys are responsible for some of the most creative and savage snowboard videos out there, and it was a true delight for me to able to fan-out in person. I had the pleasure of sharing several conversations with them all, and in particular with Dr B.

Read on for insights into their history, their snowboarding, and their teeth.

Theo: So you’re a dentist?

How long have you worked with teeth, and how did you get into it?

Since 09. It was a family thing. I was an engineering and math student; I did some internships and I wasn’t sure if just wanted to be behind the scenes in some corporation working on a computer in a cubicle. I didn’t have a good feeling about it. My father is a dentist and I started talking to him and just ended up going all in. I’m so happy I did it, I love it.

I was going to ask if you liked it. To be able to say you like your job (whatever it is) is a special thing.

Prior to university I was passionate about snowboarding and really wanted to be a pro snowboarder, and I realised soon enough that I’m not gonna make a living doing that. I’m happy I made that realisation early. I thought if I study hard and get good grades then I could make a living that would fund my passion, and that’s exactly what happened.

Finding that balance between the two is definitely tough, not many people figure that out.

I think its one of the reasons that Yawgoons has been so successful, because we have no obligations to anybody. No one is telling me ‘we need x amount of videos a year’. I can do whatever I want. When I think I have the footage and a good quality video, I’ll put it out. We have a good video ready. We’ve been filming a lot, and we’re here now to get a couple more things, and then I think we’ll be good.

How’s filming been going for Yawgoons 22?

Oh. That’s quite a fundamental problem.

Yeah, it has not snowed in Rhode Island. We’ve had some storms where it started to snow and then turned to rain. We make snow though; Dylan and Brian are snow makers. They are the guys who run the snow machines at Yawgoo. I think that’s really neat, and no one knows it.

I always just thought you guys just had a really good relationship with the resort through shooting, I didn’t realise that those two actually work there.

So when it started they weren’t working there, but Yawgoons has been a ten-year process, and around 3 or 4 years ago they started making snow.

Dylan is the best. He’s very shy, but I’ve seen him grow so much as a human being. That kid is The Yawgoons. When I first started filming with him I feel like I never had a big conversation with him, and I made videos with him for five years!

Are you guys all around the same age?

How long have you known each other?

Since they were little kids. I was the older generation at Yawgoo. So when I was in high school they were young groms, and I knew their riding but they were just kids. So I went off to college and dental school, then moved back to Rhode Island and reconnected with them. Their style and talent blew me away, so I grabbed a little shitty camera and started making videos. It’s just evolved from there. That’s our story. I knew them, I rode with them, I moved away, I came back, reconnected, started filming, and here we are.

Do you ever feel a sense of responsibility for them?

Oh yeah. In a way I feel like I’m their collective older brother. At times it can be contentious when I get frustrated with them and talk to them like they’re family, but I love those guys, and I think they love me back.

You ever had any fights?

At this point Marcus Rand and Lucas Baume aka YungDoli join the conversation. I absolutely love Lucas’s style on a board, but I’d recently heard some people talking a bit of shit about his riding. To be honest I’d never considered that people might not be down, but I guess he’s an easy target because he’s very much ‘out there’.

Do people talk shit about your snowboarding Lucas?

M: People hate on ours. If you’re not getting hate, you’re not doing it right.

Lucas, has anyone ever said anything mean to you about your snowboarding?

But on the Internet?

Do you give a fuck?

L: A little bit, but not really.

M: People hate on me a lot for hitting those tubes all the time. Apparently Spencer Schubert was talking shit about me recently. Not to my face though, I’d kick his ass.

I never knew people would talk shit about you guys. I thought you were one of the most loved crews in snowboarding.

M: Deep down they probably love my ass. Who fuckin’ knows.

If you’re down with what you’re putting out, then fuck everyone else’s opinion.

Dr B. I always try to put out stuff that I’m happy with. As you’ve just learned, I’m a dentist, and it’s my hobby and my passion to be with these guys, so I think that’s why it works. It’s sick that Vans brought us out here, but there’s no contract saying do this or do that. If it’s not cool, then I’ll wait. We’ve been filming a lot at Yawgoo and these guys all have a lot of really good stuff for the next video.

We’re stoked to see it. We love what you guys do. It makes us want to go out and snowboard.

Dude. That’s all I care about. That’s literally the only thing I care about. When I started making videos my favourites were the Robot Food videos, all they made me want to do was run to a mountain and go ride. So to have Pierre Wikberg commenting on our videos and talking highly about the Yawgoons really warms my heart. All I want to do is make people want to go snowboard.

Are you the crew dentist?

Are these guys good patients?

That’s cool that you look after their teeth. Do they get discounts?

Oh yeah. The worst part of my job is having to charge people for what I do.

It’s nice that you're able to help your friends out with your work.

So he landscapes your lawn and you landscape his teeth. Nice.

What does Marcus do for work?

Has he built you anything yet?

B. I’m going to wait for him to fuck up his teeth and then we’ll do a trade.

M: He took out my wisdom teeth last year.

Did he do it well?

M. I don’t remember, he put me to sleep. I told him to give me the gas slow so I could feel that shit. A slow leak. Let me count down from 60. If I’m paying for this shit, I want to feel it.

M: The last thing I saw was the preying mantis.

A preying mantis? Like a print of one on the wall?

B: No, outside. Every fall at the office there are lots of preying mantises.

*Brendan then proceeds to show me a lot of amazing videos and photos of the preying mantises in his garden eating bees and hornets. He got quite excited about them. They’re gnarly as fuck. Check his instagram*

What’s the weirdest thing you’ve ever encountered as a dentist?

Did he say how the bullet got in there?

He was in a high speed chase with police, didn’t stop, crashed, tried to run, and the police shot him a bunch of times.

Wow. And on that note, we'll wrap things up and start watching Yawgoons 22 on repeat for a month. 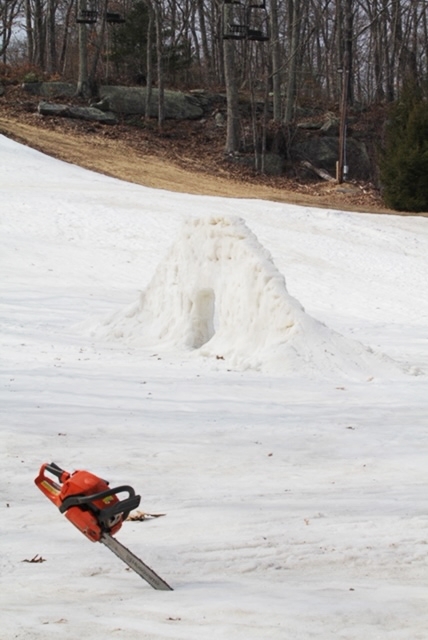