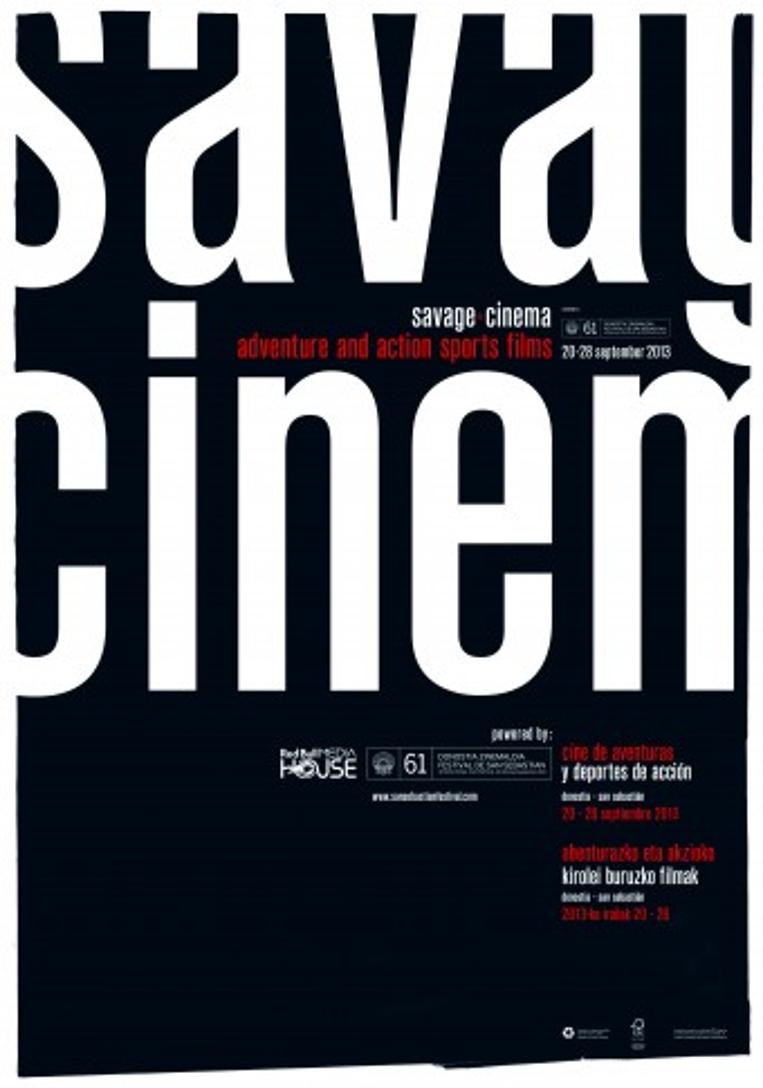 New section, created in collaboration with Red Bull Media House, offering a non-competitive selection of the latest and most outstanding productions in the rapidly growing field of adventure and action sports films on September 20th-28th, 2013.

A programme featuring the year’s most ambitious proposals with the focus on rock-climbing, snow and mountain sports, surf and skateboarding. A pioneering project, introduced by the San Sebastian Festival, that is opening its doors to new techniques of filming, production and innovative ways of storytelling in action sports and outdoor film making, and aims to demonstrate the obvious evolution in the quality of these films.

SAVAGE CINEMA joins the Festival as a non-competitive section with its own selection committee: Maialen Beloki (member of the San Sebastian Festival Management/Selection Committee), Phillip Manderla (Filmmaker and Head of Feature Films at RBMH) and Sancho Rodríguez (Coordinator of Savage Cinema).

SAVAGE CINEMA turns the spotlight on San Sebastian as a global reference in the coming together of film and action & adventure sports to present the audience and the industry the best titles each year in emotion and adrenaline-packed film sessions.

The O'Neill Evolution 09 - Run with Gravity