There is no style to it honestly. It gets totally out of control. Sometimes I don’t even know what I’m playing. As of now I have decided to go with my old DJ name from 5 years ago when I originally started DJing with Chug-Headbang-Puke. It was a group of three people. Halldor, Johannes Brenning and myself. It didn’t go very well for us, we never actually played anywhere. Air & Style didn’t let me on stage because I showed up with a laptop, and they were looking at me like I was a fucking idiot. And the other time I was ready to play and then there was a big fight that broke out on the dance floor and one of our homies got knocked out. I took the mic and said the party was called off and everyone had to get the fuck out.

What are your thoughts on DJ’s who only play one type of music?

It depends. Everybody has their style of music that they like most, so if they like hip hop then they want to hear someone play hip hop all night. I don’t know, I’ve always been on

different kinds of music, listening to everything. So that’s why at a party I like it when it’s a bit more diverse. I like to mix it up, go from a hip hop track to a punk song, and suddenly you’ve got yourself a mosh pit. Just going through a little bit of a rollercoaster of sounds. I used to love techno, but lately I’ve been a little bit over just hearing the same heavy beat for five hours. You go crazy eventually.

Prodbably Skin’s Inn. I played a house party with Peasoup which was super fun. Biggest honour to play there. Laax was also pretty good.

Do you have a price list for requests, if so what is it?

Where do you see yourself going in the future with your DJing?

I honestly have no idea. I’m just doing it because I think it’s fun. I really like just mixing music. I’m enjoying it right now but maybe I’ll get bored of it in a couple years, you never know.

Pretty much only me. I’m the DJ. 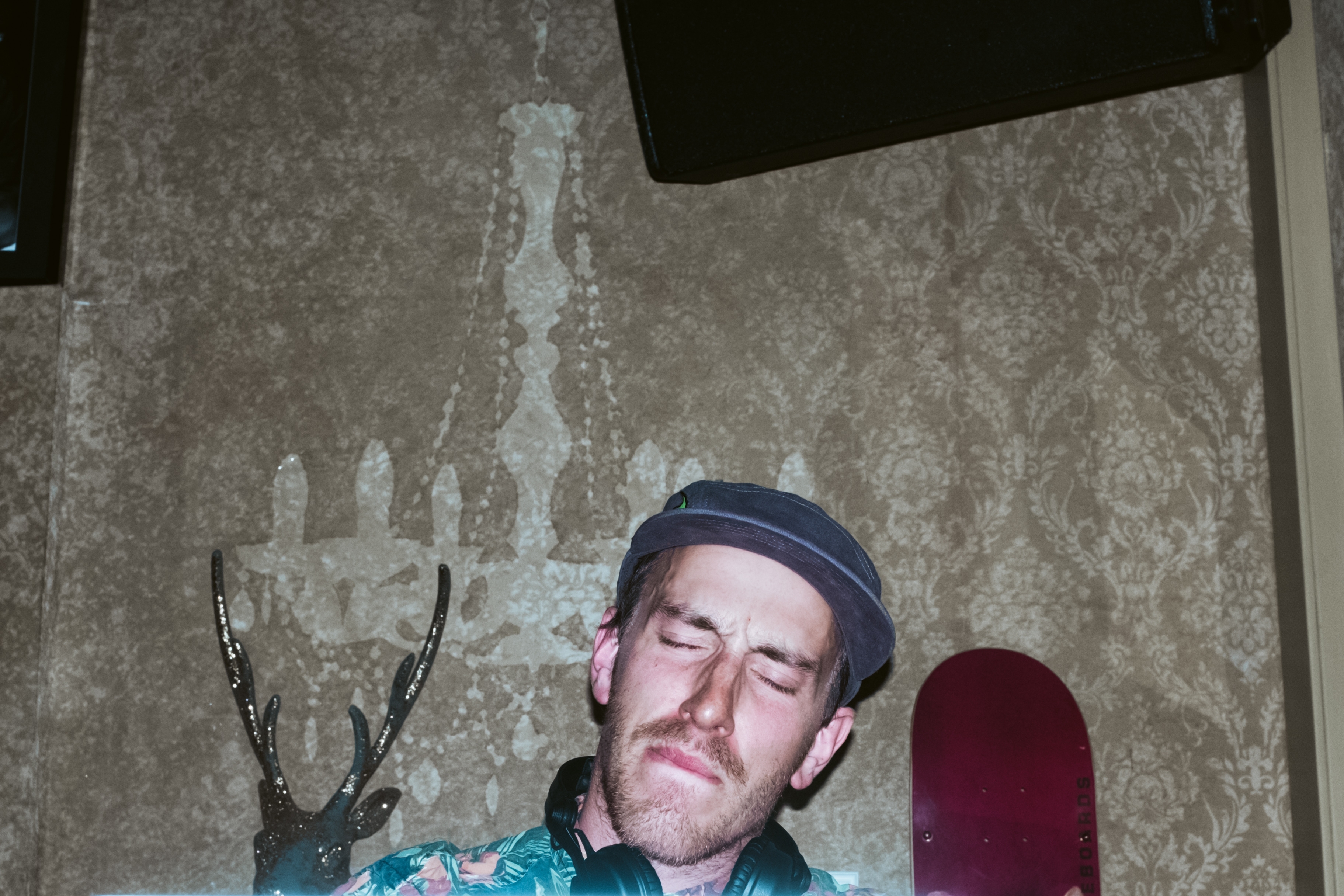