10 years ago Lib Tech introduced the Skate Banana snowboard featuring a rocker profile instead of camber and it turned the way snowboards are made from all brands upside down! The Rocker was truely born.

"It’s been ten years since we literally turned snowboarding upside down by introducing the Lib Tech Skate Banana snowboard. Lib Tech founders Mike Olson and Pete Saari were never satisfied with the camber profiles borrowed from the ski industry, they knew there was a better way to transfer power to the sideways standing carver than traditional ski camber. Mike’s tampering with reverse cambers started as early as 1986 but didn’t truly come to life until 20 year’s later with the help of Lib Tech engineers Steven Cobb and Pos as the highly refined and painstakingly imagined Skate Banana.

From the first tests at The Summit At Snoqualmie they knew they had something special when Temple Cummins and Jesse Burtner, two drastically different boarders, tested it on the same day at Snoqualmie and both loved it. The Skate Banana was the playful kick in the pants snowboarding needed, creating new energy for old and young riders alike. It was truly a skate board like experience with easy pivot points and lightening fast edge to edge reaction. This board, the experimental minds who brought it to life and the rippers who took it to the mountains, magazines and videos of the world ignited a fire in the snowboard world. This fire spread to the point where every brand in snowboarding and skiing was forced to react creating their own reverse camber concoctions to varying degree of success and more often disaster." - Lib Tech 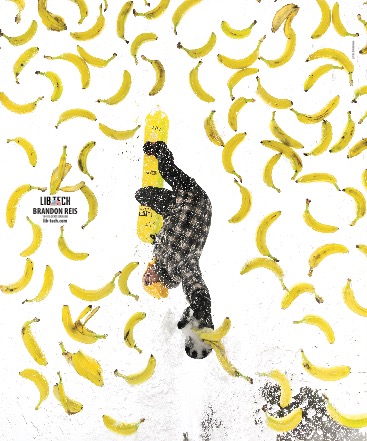 Check out their latest Skate Banana and the full 2016/17 line at www.lib-tech.com

Return to the Microwave Planet

Think Thank's "The Weather Outside Is Weather" Movie - OUT NOW!

THINK THANK - "7 AND A HALF MINUTES OF PANDO, B FOOTY, AND OPENING DAY"