Munich, January 19, 2017 – The Allgäu freestyle scene is action-packed – that’s no secret! After all, some of the most talented snowboarders come from southern Germany. The Red Bull Station Riots at Snowpark Nesselwang give the German snowboard scene yet another opportunity to demonstrate what it's capable of – with a chance to compete against the international pros. Foreign competition was one step ahead in 2016 in the form of Kevin Trammer, so can the locals win the park back again this year?

Things are going urban once again in the Allgäu – from February 10 to 12 at the Red Bull Station Riots, the ultimate snowboard and party weekend in Nesselwang. The local jib elite will once again be giving their all as they take their boards to the unique street set-up at Snowpark Nesselwang along with their international colleagues. The legendary snowboard festival is being held for the second time in 2017 and promises to be even more awesome this time round. The highlight of the weekend will definitely be the “Best Line Contest”, with locals battling it out with the pros for the freestyle crown. To be able to join in, riders first have to demonstrate their skills at the qualifier jam session, which will also be on Saturday 11 February – immediately prior to the grand finale.

Snowpark Nesselwang will of course be open to amateur enthusiasts during the Red Bull Station Riots 2017, too. At the “Revival Of The Rebels” on Friday February 10, local heroes can compete with each other to find out who's the crowd’s favourite. The motto of this session is: Cash for Tricks! Here, locals have the chance to show the international pros what they are capable of right at the start of the Red Bull Station Riots. Later on at the “Open Night Photo Session” there is an opportunity to benefit from amazing shots by professional photographers at the night-time shred by floodlight.

Side events and parties

There’ll be a party mood up on the mountain with a BBQ session and finest beats from DJ Kidd Salute. But of course things would not be complete without a proper after-party to celebrate the winners. This will be held after the “Best Line Contest” in the town of Nesselwang itself. Being tough as nails, genuine snowboarders will of course be the first at the lift the next morning – despite having a good old hangover. So we can assume there’ll be enough motivated riders at the open session “The Park Revolution” on Sunday to give the station set-up a proper going-over once again before the weekend is over. Incidentally, early birds can look forward to a special goodie: the first 50 to book the special weekend package consisting of lift and party tickets will receive an exclusive “Snipes & Riots” hoodie. First come, first served! 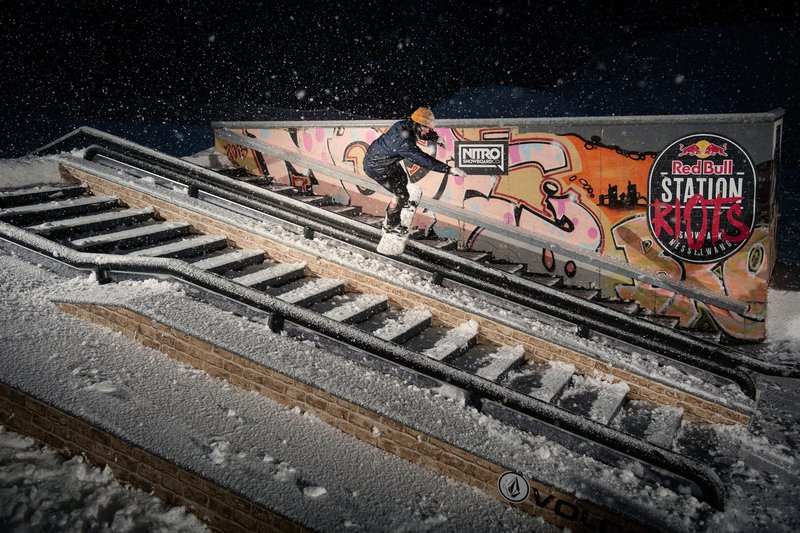 Bookings will be accepted from Monday January 16 at: www.snowpark-nesselwang.de