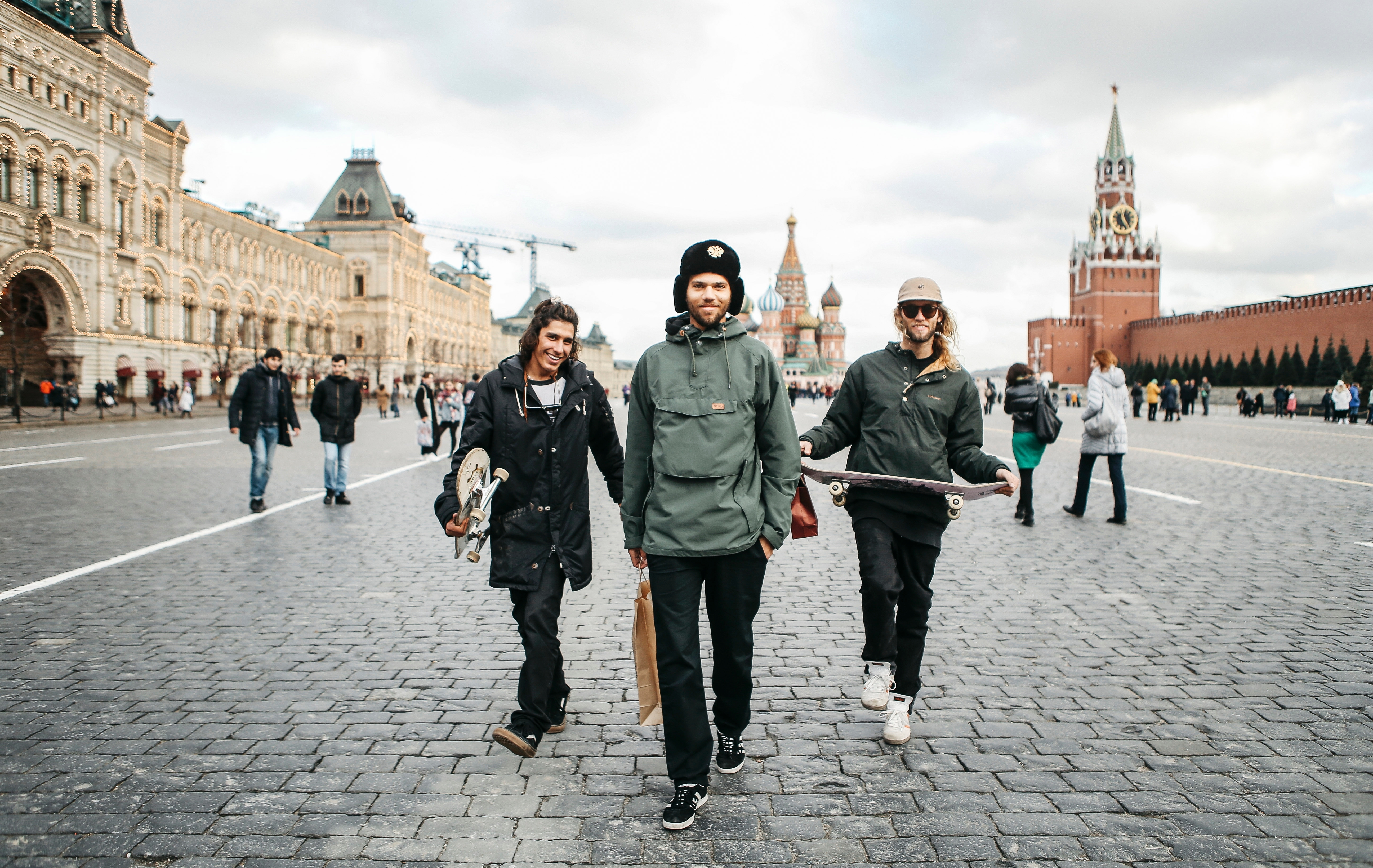 In Sochi, we stayed at this hotel called Riders Lodge and in the lobby they had table tennis. We played each other every day and I would say we were pretty good. We started to play other people who were staying at the hotel, and there were a few other players that were really good, but nothing too special. For a couple of days, I saw this old guy just watching everybody play. One day he comes back with his own table tennis racket. He had definitely played on a high level; he was so fucking good and didn't give anybody a chance. Whether it was us or small kids - he just did not care. He just wanted to win and prove that he was the best. It was just funny how he scoped out everybody who played for a few days and then just shut it down.

Another one of the funniest moments on the Sochi trip was when we went to a karaoke bar near the hotel. We were the only ones singing in English, so I'm not sure that everybody in the bar understood us. We started off pretty mellow, standing there and singing, but as the night went on we started to put on more and more of a show. By the end, we were running around the bar singing and dancing, really getting everybody hyped. After that night we started the karaoke band and we got big at another karaoke bar in Moscow!

I feel a little bad for saying it, but the last two days of the trip were by far the best. The shitty thing was that Mitja had some visa problems and left a couple days early. And I'm talking about heavy dump-age! So, in his place, we got the boys behind the lens: A-cam - Zebbe, B-cam: myself, and last but not least, C-cam - Sparrow. We CRUISED around, flipped on every little bump, slashed every pocket, dropped cliffs and got pitted. They were full-on snow days!

One day we even cut it a little short because the homies had hooked us up with a bungee jump excursion - a death-defying cable, 207 meters above the ground. But the karaoke dream team sent it! Even big bro Zebra turned into a flying eagle.

What made the trip for me was definitely the crew. I know it may sound cliche, but we could be looking for pow in the freakin' Sahara with this gang and still have a bangin' time. Although there were almost no pow days*, we stayed true to this season's "clip a day" and "believe and achieve" mantras, had tons of fun with the "what-are-the-odds" game, karaoke and whatnot, and got hooked on Sparrow's motivational "Megamix™" snacks.

During my last days of the trip, we weren't stacking that much due to shit snow, so I asked if they wanted to spend the whole day digging out a small bowl in the woods, just for a fun sesh with the boys, or if they wanted to scrape in the streets to try and get some hammers. The answer was, "Well, you basically answered it yourself!" So we dug the bowl, laughed about my hungover fire-making skills and got loads of cool shit done anyway. There were numerous moments like this, and that's real snowboarding to me. No fucks given! Clip a day.

We were the Karaoke Dream Team, a mix-and-match between a Swede, a Norwegian and an Englishman. It may sound like a joke, however, we take ourselves very seriously. We even had our first fans come to take pictures while bungee jumping, ha! (See Method.tv Russia episode above). 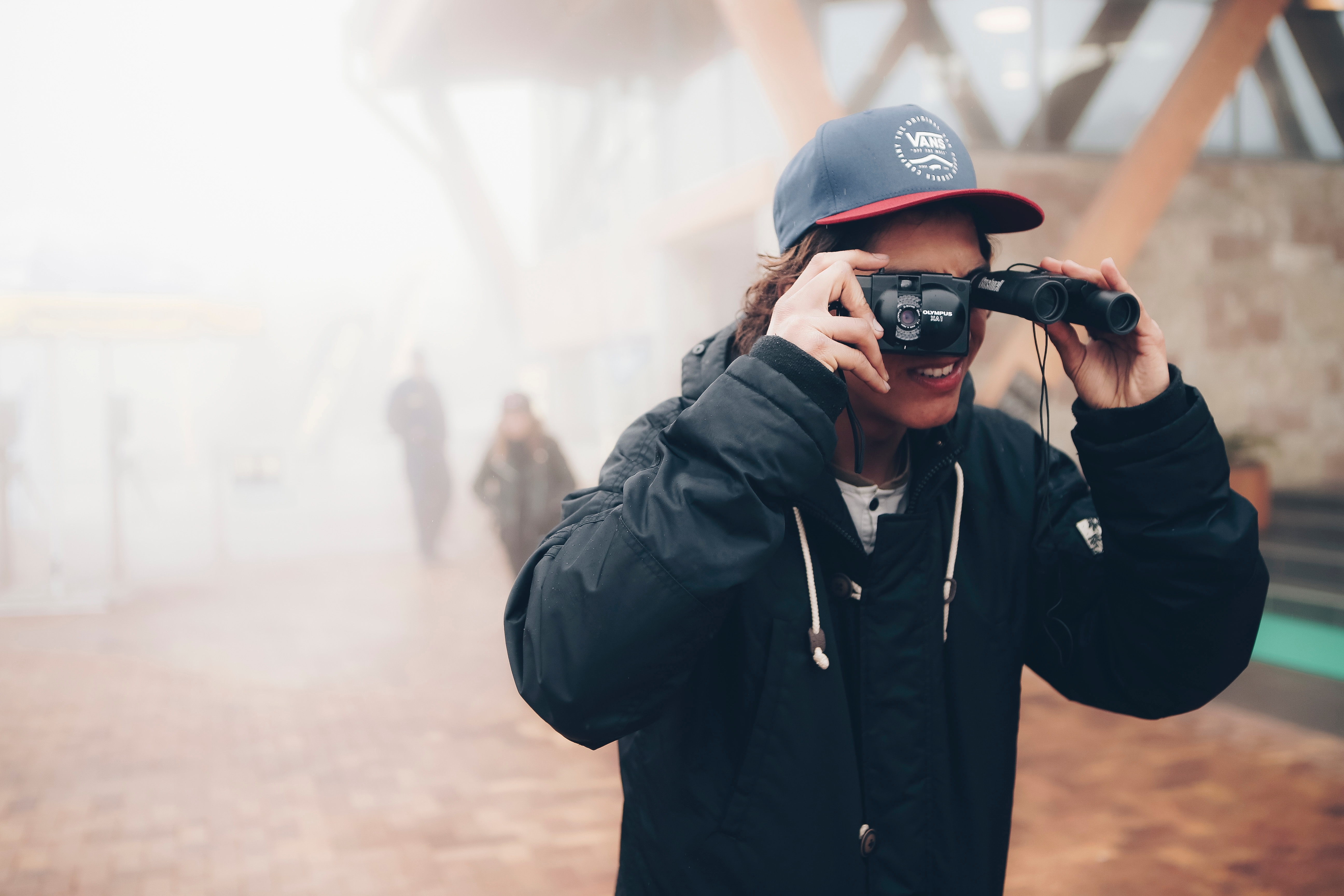 Sochi itself is strange, man. Such a big town, with huge buildings and large, city-like roads but featuring a picturesque backdrop. It's a bit of a mind boggle. I guess it's kind of what happens to any city after the Olympics rolls through. Build it big, host a mega-show then piss off onto the next one, leaving behind unnecessary infrastructure.

As for notes on the Sochi trip, I just looked at my journal and it makes no sense at all. It's more a collection of scattered thoughts. But here we go...

Getting lost in the woods and building skate jumps out of any materials possible felt like being a kid again.

We built a snow bowl.

Sochi is kind of like Cali. A bit... You fly in and there are palm trees and shizz.

The locals showed me a good tip for grinding weed using a screw.

I got beat at ping pong by Len and Zebbe like 13 or 14 times in a row. The next day I kicked their ass...after a couple beers. That's the trick - get em pissed. Then, bam!

Had the fucking sickest time!