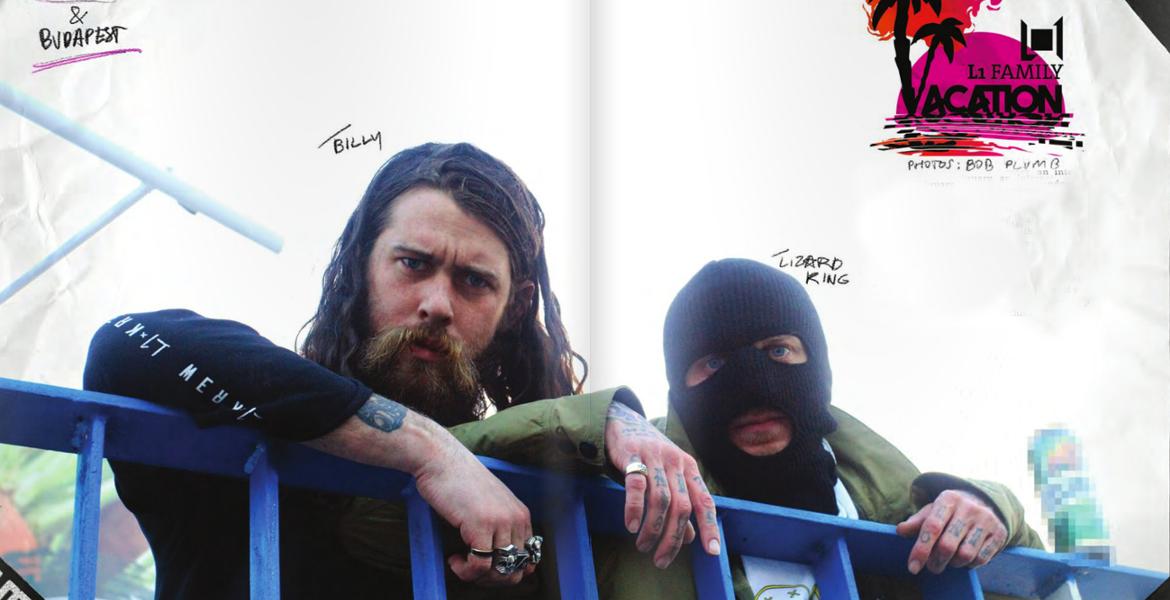 Last February, an international collection of the L1 team rendezvoused in Poland for three weeks of shirtless feasts, bathtub beers, open road, bloodshed, hospital visits, bum encounters, sightseeing, bath houses, cop parties, and most notably, hammers, for their recently released movie, Americana. Poland is a great place, a street snowboarder’s gem in many ways, and you better believe this group of wild men made the most of it. We just wonder if you have to give the State Department a heads up when you roll through this tough.

The Poland trip was one of the wildest, yet most productive, trip/experiences I've ever been apart of. We somehow made everything work with the smallest amount of snow, traveling from town to town looking for spots. Without the group effect and motivation from the gang, the trip may have been somewhat of a joke, but it was pure gold. Everyone was stoked to board, even on a large diet of beer and candy. And with that, moral was high, of course. I would love to go back soon, especially considering how affordable Eastern Europe is and the amount of awesome spots that are there. We had the chance to go to Budapest to cool down after the extreme activities that took place in Poland; roaming around talking to random Norwegian girls, soaking up the bath houses, tasting delicious food, talking shit, and being complete tourists. It was great.

It was amazing being there with a big crew. The whole squad was up to nine people at one point and we pretty much fucked shit up! Imagine nine people invading a spot - we came through like a hurricane trying to hit every spot possible. We were lucky enough to have the world’s top photographer and tour manager Bobby Borsch on board and he hooked us up with amazing photos and the best accommodations all over Poland!

We had big-ass houses, like in MTV Cribs, for so cheap you wouldn’t believe it. Each of us had a bed or even individual single rooms so the comfort level was pretty high! Everything in Poland was inexpensive. We lived like kings and ate out almost every day and didn’t have to worry about expenses too much. We’d start the day with a big family breakfast. Sometimes Lizard would prepare scrambled eggs for the whole gang to get us juiced for the day and we were ready to go... Well... let’s say slowly ready.

I think it took us about three to four hours every morning before we were able to leave that place.

The day I got my ender is pretty memorable. Before I hit my spot I helped Billy get the shot of him ollieing into a cement bank (see Americana). I watched Billy take the worst falls over and over. Following a handful of tries, Billy rode away into a landing that was rock hard dirt dusted with the smallest amount of snow. After Bill got his shot, a bunch of local Polish snowboarders showed up to see what we were up to. I set my spot up fairly quickly and wanted to start hitting it as soon as I could. I had to set up a pretty sketchy in-run that had a pretty harsh angle into the rail. When I dropped in for my second try I remember popping off the first rail and landing on the second rail much smoother than the first try. I rode through the rail pretty smoothly, popped off the closeout and landed in the bank, riding off in total disbelief. As I rode away I heard all the homies, including the Polish dudes, losing it. I was so hyped to have watched a homie get a gnarly trick, but I was even more stoked to have so many homies around when I had just landed one of the gnarlier things I filmed all year.

We were trying to shred this triple set rail and this old, drunk Polish dude just loved Bob. He loved Bob so much that he wouldn’t leave him alone. Bob kept trying to move the guy out of his way, and our way, but the guy kept coming back. It got to the point where Bob was trying to shoot photos but the dude wouldn’t stop hugging Bob and holding on to him. Bob was super nice about it all and eventually they became really good friends, even though neither of them could understand what the other was saying. The crazy part is that this dude looked exactly like our Grandpa who passed away a few years ago. He took Bob’s beanie and gave Bob him his hat. Though Bob tried his hardest to give the guy his hat back because it had this amazing war pin in it, the guy just wasn’t having it. He stumbled off and we couldn’t find him afterward so we dipped. When we got home, Bob looked up the pin to find it was like 50 years old. Amazing come up! It was good to see the Polish Grandpa Gator again. Miss that dude!

Among countless fiascos during our time in Europe, my personal breakdown came

toward the end of our trip in Budapest. After an evening of experiencing the city’s

best nightlife offerings, I found myself heading home for the night with Zebbe. Not

far from our hotel, we were approached by a seemingly euphoric local who was

surely interested in nothing but showing us his greatest Hungarian hospitality. He

picked me up in his arms, proclaiming, “USA, USA, happy birthday!” over and over again. Zebbe and I laughed at who we thought was just a drunken local until he put me

down and we began to make our way back. Within seconds, I noticed my pockets seemed a bit lighter. My phone was nowhere to be found. Upon checking for my wallet, I found that pocket empty, too. The pick-pocketing bastard had pulled a quick one on this naive American tourist while we just sat there and laughed at him. I attempted to pursue the culprit but my drunken vigilante attempt at chasing a criminal proved to no avail. Unwisely, my solution was to throw a 2 a.m. temper tantrum while punching signs and feeling bad for myself in the streets of Budapest. Zebbe patiently waited for me to finish my pity party and we eventually headed back to the hotel.

Fortunately I escaped the debacle with my passport and things worked out OK. There were so many aspects of the trip that left us feeling out of our element: the creepy hotels, wody z gazem, the freeway signs, the drunken spot spectators - the list could go on forever. However, the experience would have been far less fun and memorable if we did not have to attempt to navigate through such cataclysms.

I can’t remember the name of the place at the moment, but we were out driving around a mountain town checking for spots when we saw what looked to be an abandoned hotel and Billy, Stax and, I think it was Cole and I, went to check it out. It looked like we could do something there and I remember Billy had a wallride idea. Anyway, we eventually left and didn’t think too much about it. After a while we went to the hotel where we were staying and it turned out to be that same hotel that looked abandoned. The inside looked better but was still a bit sketchy, I would say. It turned out great because everyone wanted to party the first night so we went up to the bar and it was super crowded. Everyone started drinking and dancing anyway and soon enough we realized it was a cop party! I was so hyped, partying it up in my base layers with cops!

Well, there are all types of little stories I could tell ya, like when I got to the airport with no confirmation number, flight info or anything. Or that after I finally got on a plane or two and landed in Germany I was greeted by three of the best dudes around, Stax, Lizard, and Buffmoose, which guaranteed what I already knew – that this was gonna be one wild time. Or when we started the trip with a long drive to Poland, pissing Bob off the whole time with piss and cig breaks every hour. Or when Stax had to go to a hospital for the gash in his head. The doctors would get off their shift and just leave so we would wait hours for another doctor to show up. Finally, at the end of it all when it came to paying, they wouldn't accept anything but cash before they let us leave. While all that was happening, Zebbe was bumming cigs to skinheads and there was a random dude who cut his fingers off or something who wanted to fight us on his way out…

Poland was too amazing - so many funny stories. Watching Sam constantly puke after a hard night of drinking is up there. He also managed to scalp a quarter of his head hitting it against a metal bridge. At the hospital we saw a guy with his finger chopped off dripping blood. Watching Billy jump down 20 feet to a brick bank was insane.  As the snow melted we spent hours driving 200 KM per hour listening to the Tron soundtrack. Going on a trip with my brother was amazing. We used to do that a lot back in the day and it had been years since we had done that before this winter. Staying at abandoned looking hotels. Hammid yelling, “Fuck yeah,” after landing tricks was rad. Zebbe has effortless style, which is so sick to see in person. Dominik was so motivated and was killing himself for shots. Of course, last but not least, Cole getting his phone stolen then throwing a temper tantrum for three days was pretty funny too! 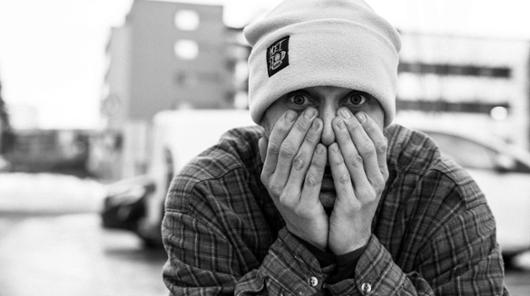 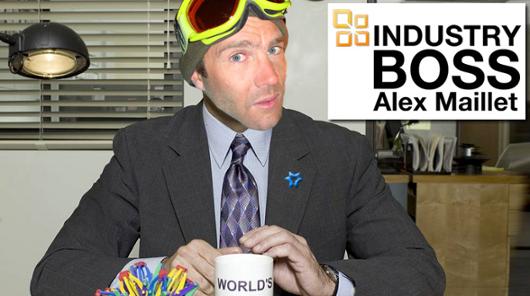 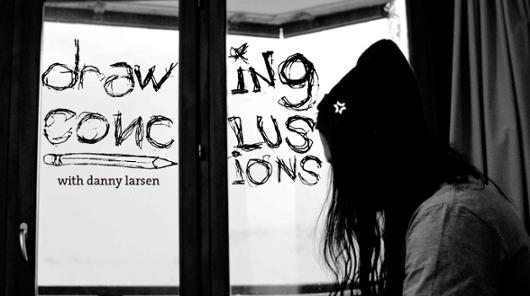 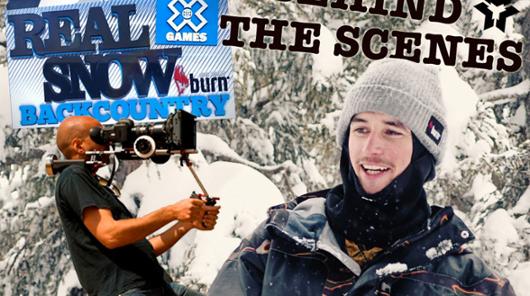 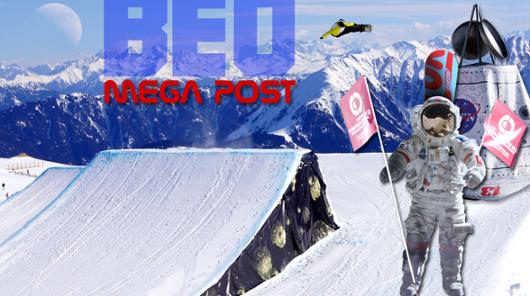 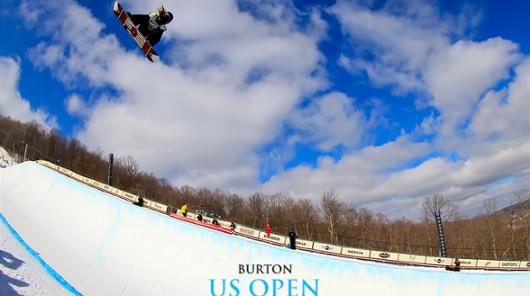 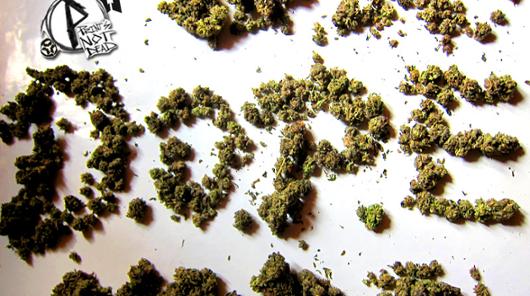