Story and photos by Theo Acworth
In the words of Dex Carrington – ‘Holy shit, the X Games’

I’d never been to an event like this before, so I don’t really know how to begin writing about it. I was pumped to attend the media fest though, it was a combo of summer and winter events all in one arena, meaning I’d have to be exceptionally stupid to get lost and miss something.

I guess I’ll start from the top - the top of the terrifying in-run. They actually cut the roof open for it. Norwegians are awesome. Terje ran up the stairs and was the first to hit it. He also dropped in on a snow skate too, and then silently drove away in his Tesla. By the time the contest rolled around, about half the in-run had melted (at a rate of 6000l per hour) so the top section was all dry slope. Delicious.

Watching practice go down I could definitely tell that this setup wasn’t the easiest thing to ride. Some of the ladies were looking pretty solid, but others were definitely being tentative. I felt sketchy just standing on the knuckle. When finals were on they all stepped to it big time. Any of them could have taken it, but as always it just came down to who could put two solid runs together, which on a jump like this is easier said than done. Highlights included a sick front 9 from Laurie Blouin, Jamie Anderson almost getting smoked on a switch drop, and Kokomo Murase trying for a double 12. In the end Anna put down two doubles, which couldn’t be matched. A personal highlight was watching X Games rookie Annika Morgan chuck a frontflip off the knuckle on her final run. She came last. That’s so sick, she knows what’s up.

There were ten riders at first and then three were ‘eliminated’ for not being good enough. I don’t know why they did that, it would have been sicker if they all just got to ride finals. I don’t make the rules though; I just get to talk shit about them.

Based on what I saw in practice, the finals could have gone in any direction. It’s harsh when you see people nailing tricks all day and then not putting them down when they need to, but that’s competitive snowboarding for you. If you go too deep you have to deal with a fucking harsh transition (Mons Roisland) and if you don’t go deep enough then you don’t have enough airtime (Mark McMorris). Ultimately it was a pleasure to watch these guys negotiating this gnarly jump. They all rode with serious style (except for maybe a questionable front 14 from Chris Corning where he didn’t grab for the first 7, but I can barely do a 540 so who am I to speak) and Fridge almost got broken in half by the fence. Luckily he’s a Viking, and he was also wearing his backpack, so he was fine. I don’t know who decided how long the outrun would be for this jump, but I’d recommend that next time they extend it by, hmm, I don’t know, a shitload? It was pretty funny watching kids get sprayed in the face though.

After three runs it seemed we had ourselves some sort of Cinderella story, but instead of a blonde princess, it was a French Canadian savage in tight pants. Max Parrot laid down some seriously heavy riding, and managed to beat everyone else in his first return to competitive snowboarding after taking 9 months off to beat cancer. Fair fucking play Max. Welcome back.

The contest was of course only a small part of the day, and I took great delight in wandering about and documenting all the other things I found. So in no particular order, this is some of the shit that I saw and did at X-Games Norway 2019.

So I think it’s fair to say that everyone had an X-Tremely good time, except maybe for the moto dudes who started punching each other at the after party. Thanks for having us and hopefully we'll be invited back, despite the fact that I left dirty layback marks all over the skate course. 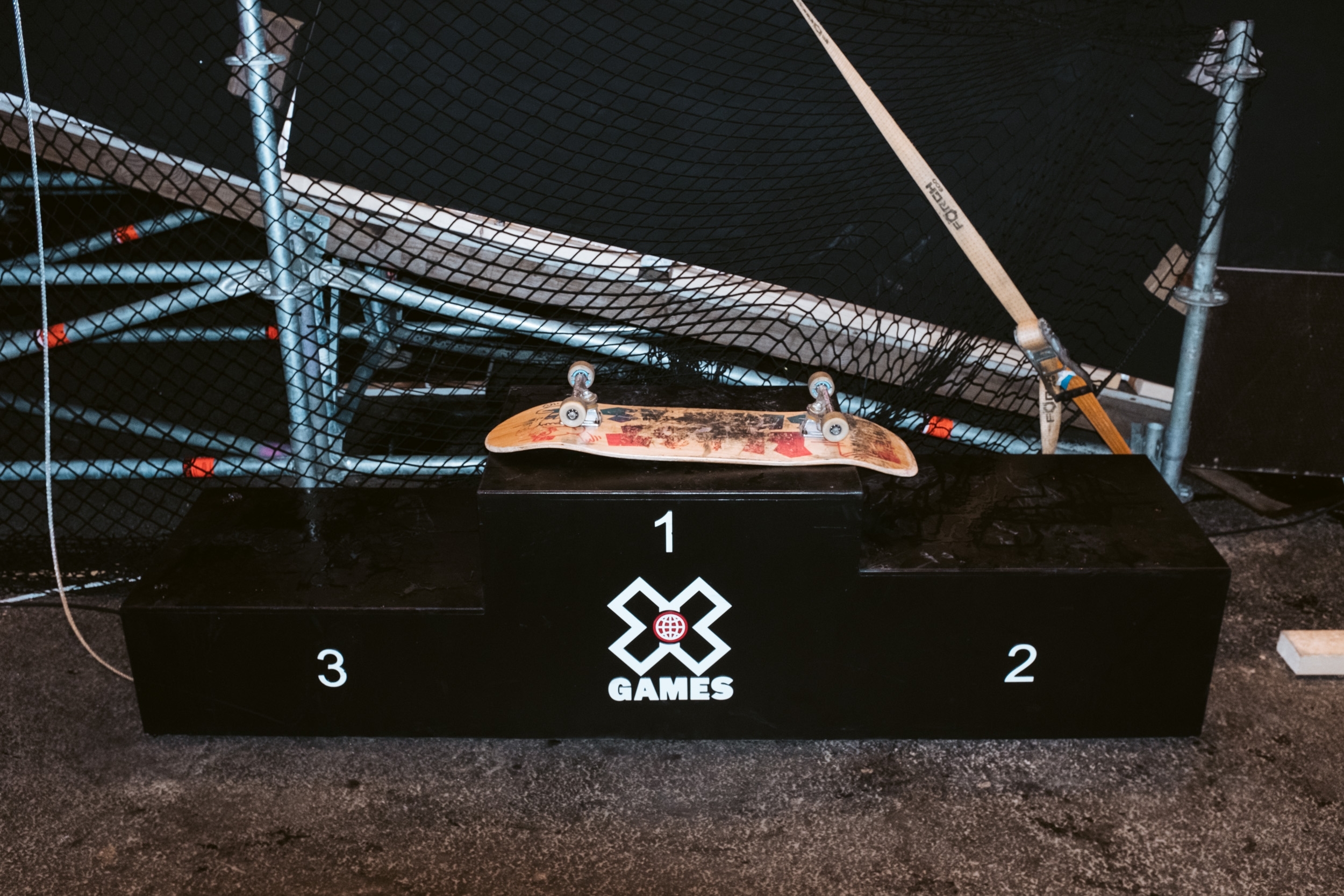