The wait is finally over - with two years of development, side by side with Bryan Iguchi and Travis Rice - the Union Splitboard Binding System is here at last! Carrying on Union's “less is more” product mentality, the Expedition System is ready to ride out of the box, cutting out the confusion of getting yourself into the splitboard game.

“I feel like this product is going to change the perception that people have about splitboarding.” Says legendary Union team rider Bryan Iguchi.  “You don’t have to compromise performance for freedom while touring.” 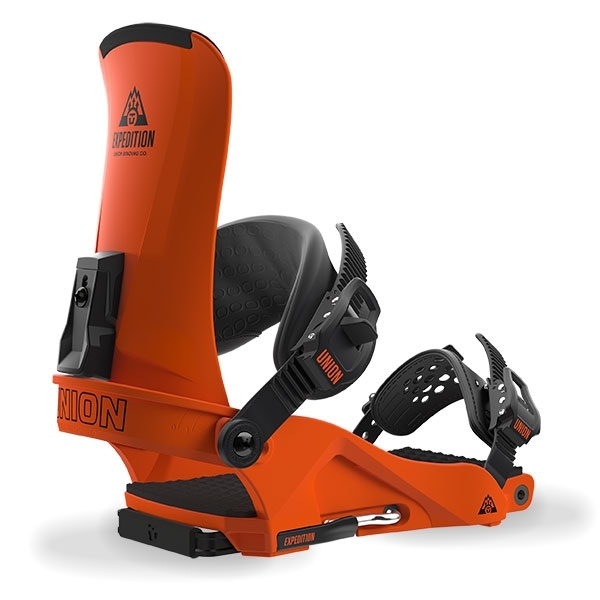 Featuring a plastic injected base, the Expedition™ Series reflects the core values of the Union Binding Company – simplistic, lightweight and bombproof.  The Expedition Series not only looks like traditional Union bindings, they ride like them. The Union design features a unique interface that corkscrews your board together, allowing performance that aligns with the traditional, non-split snowboarding experience. A simplistic design, featuring fewer moving parts and proven materials, comes together as the next generation of split bindings.  Travis Rice adds, "Up until now, the split boarding experience has been hindered by bindings that are built for mountaineering, not snowboarding."

Considering all the factors that go into a successful splitboard mission, isn’t the ride down the most important?

The Expedition Series not only look like traditional Union bindings, they ride like traditional Union bindings. Compared to the rest, the Expedition system features a unique interface that corkscrews your board together and allowing it to perform like a normal board. Less moving parts, simplistic design, and proven materials come together as the next generation of splitboard bindings.

When splitting into the backcountry or taking the ride back down, a bombproof connection plays a big role in both climbing and the descent. The Expedition FC combines the simplicity of our Union Split System with the performance you have come to expect from our high-end Forged Carbon bindings that provide a precise interface to your board.

Check out the rest of the Union Bindings range right here - https://www.unionbindingcompany.com